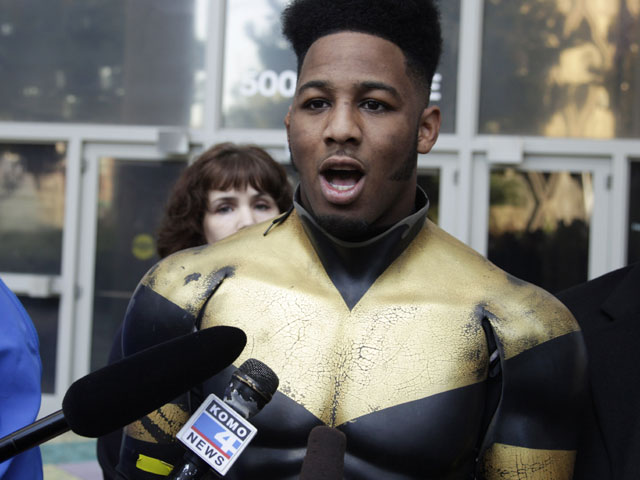 (CBS/KIRO/AP) SEATTLE - Seattle's self-proclaimed superhero Phoenix Jones was in court Thursday after being accused of pepper-spraying a group of people Sunday.

Following the hearing, where prosecutors said they hadn't decided whether or not to file charges, Jones addressed the media. "I'm Phoenix Jones. I'm also Ben Fodor. I'm a father. I'm also a brother. I'm just like everyone else," he said outside the courthouse. "The only difference is, I decided to make a difference and stop crime in my neighborhood and my area."

Police spokesman Mark Jamieson seemed to disagree, reiterating Thursday that intervening in potentially dangerous situations should be left to professional officers. "If people want to dress up and walk around, knock yourself out," he said. "Our concern is when you insert yourself into these situations without knowing the facts, it's just not a smart thing to do."