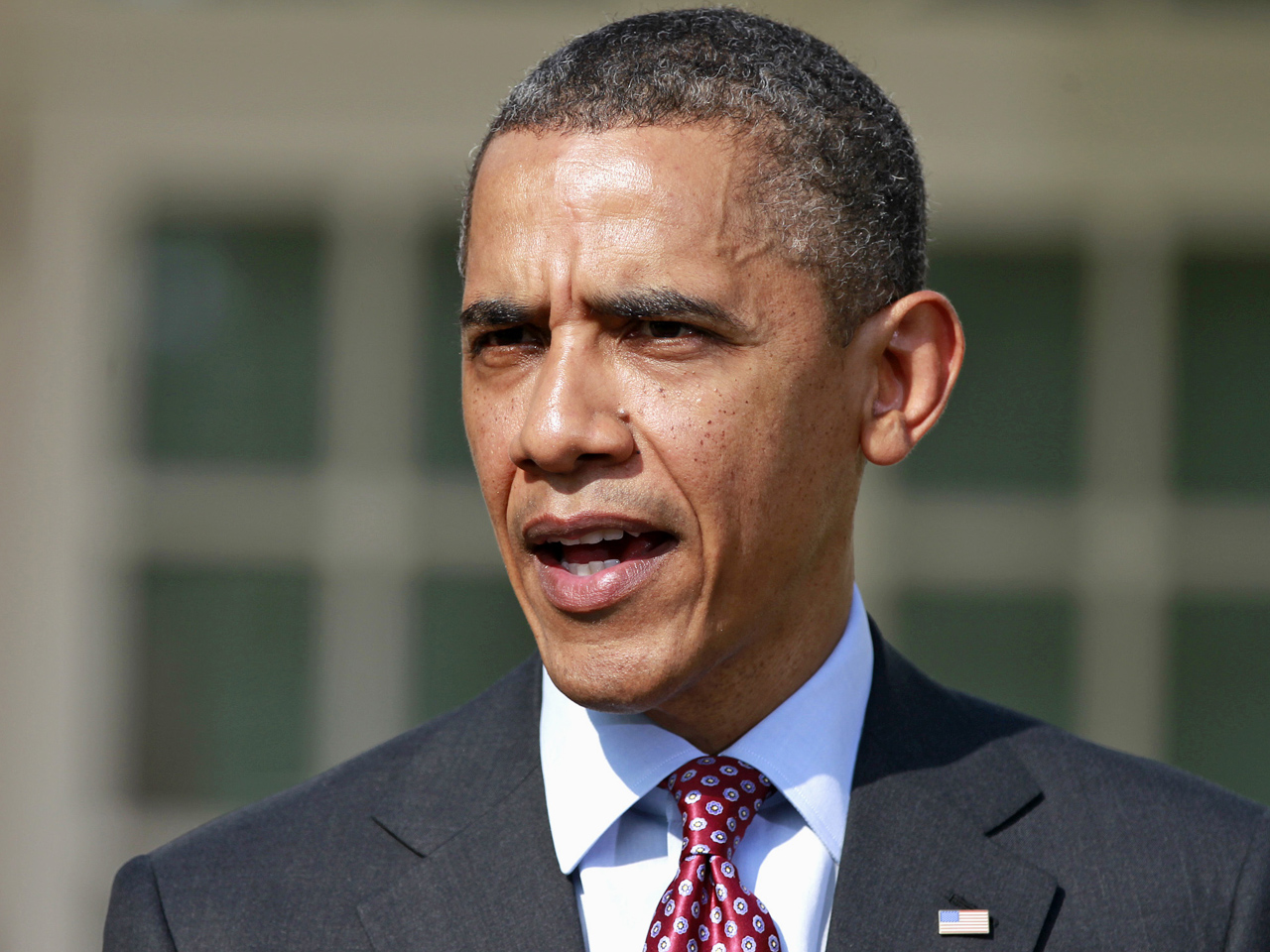 The death of 17-year-old African-American Trayvon Martin, and the subsequent trial of the man who shot him, George Zimmerman, brought back some sore memories for the U.S. attorney general.

"They brought me back to a number of experiences I had as a young man," Attorney General Eric Holder told the NAACP at their annual convention in Orlando Tuesday. "When I was pulled over twice and my car searched on the New Jersey Turnpike when I'm sure I wasn't speeding, or when I was stopped by a police officer while simply running to a catch a movie, at night in Georgetown, in Washington, D.C."

The shooting, meanwhile, inspired personal comments from President Obama as well. "You know, if I had a son, he'd look like Trayvon," the president said last year.

The commander in chief and the nation's top prosecutor made those remarks in part to convey how their personal experiences as black Americans have influenced their commitment to equal justice under the law. Yet after a Florida jury on Saturday acquitted Zimmerman, Mr. Obama's response has been decidedly muted. "We are a nation of laws, and a jury has spoken," he said in a statement, calling for reflection on "how we can prevent future tragedies like this."

Holder has promised a thorough and honest investigation into the case before the Justice Department decides whether it should file criminal civil rights charges; the White House has said Mr. Obama will play no part in that decision.

Some civil rights leaders say they're expecting more from the administration of the nation's first African-American president.

"The president has made a statement of consolation," Rev. Al Sharpton said outside of the Justice Department on Tuesday. "We don't need consolation, we need legislation. And we need some federal prosecution."

Mr. Obama is hardly the first president compelled to address a high-profile criminal court case that's dredged up unpleasant questions about racial equality in the nation's legal system. The Martin shooting and Zimmerman's trial have drawn comparisons to the Rodney King beating and subsequent trials, as well as the O.J. Simpson murder trial. President George H.W. Bush and President Clinton both talked about race following those trials, but the dynamic is different for Mr. Obama.

"Many people feel President Obama has a special obligation to focus on these issues because he's the first black president," Richard Ford, an expert on civil rights and antidiscrimination law at Stanford Law School, told CBSNews.com. "On the other hand, other people would be suspicious that he was inappropriately biased on the issue. He's walking a tightrope with respect to these issues, and that probably explains some of his reticence."

While comparisons can be made to the way former presidents handled racially-divisive cases, such as the prosecution of the Los Angeles police officers who beat Rodney King in the early 1990s, the circumstances of the Zimmerman case are very different. In the Zimmerman case, there were no witnesses, and the verdict may have been justified by Florida laws, Ford points out.

Abigail Thernstrom, a conservative historian and vice-chair of the U.S. Commission on Civil Rights, told CBSNews.com that the calls for federal civil rights charges amount to political rabble-rousing. "The Justice Department itself has signaled they don't have the evidence," she said. "Let's stop demagoguing this issue."

The president's call for "calm reflection" shows his efforts to avoid inflaming passions or impugning Florida's justice system without evidence. Still, as Holder has acknowledged, merits of the Zimmerman verdict aside, there are serious flaws in the justice system that are now at the top of public consciousness. There are, for instance, significant racial disparities in homicide convictions, particularly in states with "stand your ground" laws.

"The contrast of what happened in the case of George Zimmerman and what happens to many African-Americans, particularly out of low income neighborhoods, who are swept up into the criminal justice system... that's understandably infuriating for a lot of people," Ford said. "At some point it would be appropriate to take a hard look at those inequities."

However, he added, "That's a very complex policy discussion that has to take place at the state level for the most part. It's not clear tying that to this verdict would be the right thing to do."

In his remarks Tuesday, Sharpton similarly said, the "underlying problem with the legislation of 'stand your ground,' and the other issues that are surrounding this, have rendered us vulnerable to all kinds of attacks in this country."

Nevertheless, he suggested that he'll push for the Justice Department to intervene in the Zimmerman case, just as he did after the officers who beat Rodney King were acquitted on state charges.

On May 1, 1992, two days after the verdict came down, President Bush delivered a televised speech expressing his horror over the beating and telling the nation he was personally directing the Justice Department "to move into high gear on its own independent criminal investigation into the case."

"What you saw and what I saw on the TV video was revolting," he said of the beating. "I felt anger. I felt pain. I thought: How can I explain this to my grandchildren?"

In the weeks following the L.A. riots, the Bush administration put their support behind a $2 billlion emergency aid package to L.A. and other cities.

Unlike the Zimmerman case, the facts of the Rodney King case were clear cut -- the brutal beating was caught on video. Furthermore, that case called for federal action given that the beating was carried out by police officers, agents of the government. On top of that, by the time Mr. Bush issued his statement, the deadly riots in L.A. had already started.

Just a couple of years later, the criminal trial of O.J. Simpson once again divided America along racial lines. After a lengthy, intensely public trial, Simpson was acquitted in the murder of his wife Nicole Brown Simpson and her friend Ron Goldman.

In October 1995, a few days after the verdict in the criminal trial was handed down, President Clinton delivered a speech at the University of Texas calling on Americans to "clean our house of racism." Two years later, in his second term, Mr. Clinton launched "One America in the 21st Century: The President's Initiative on Race," to engage the nation in a productive discussion.

When asked this week whether Mr. Obama would lead a similar discussion, White House spokesman Jay Carney suggested he wouldn't.

"Conversation is important, but it's in many ways equally important at the local and community and church level as it is at the national level," Carney said. "And action is important, too, when it comes to doing things that -- through education and economic growth that expand the size of the middle class and move this country forward."

One of Mr. Obama's earlier attempts to engage in a national conversation about race turned into a bit of a sideshow. The president caused some controversy in 2009 when he said Cambridge, Mass., police sergeant James Crowley (a white officer) acted "stupidly" when he arrested Henry Louis Gates, Jr. (an African-American Harvard professor) in Gates' own home. Seeking a "teachable moment" in the wake of the uproar, Mr. Obama ended up holding a "beer summit" at the White House with Gates, Crowley and Vice President Joe Biden.

The president walked back his comments, but the story of his remarks and the proposed "beer summit" took on a life of its own, receiving overwhelming media coverage.

Thernstrom said there shouldn't be any expectation for Mr. Obama, as an African-American, to lead that kind of a dialogue. Furthermore, she contends that a "national dialogue" won't necessarily accomplish anything.

Thernstrom participated in Mr. Clinton's very first 1997 town hall on race, in Akron, Ohio, where she said she "got into a big argument" with him over affirmative action. While she characterized the debate as spirited, she said, "Clinton's initiative went nowhere."

"Talk, talk, talk doesn't get you anywhere, and I thought that was the perfect example," Thernstrom said. "What the president can do for black America, above all, is do something about black unemployment... So far this administration has not been great, to say the least, at solving the economic problems of this country, and black unemployment is particularly high."

Ford said he agrees that Mr. Clinton's race initiative didn't amount to much and that specific policy debates would be more helpful now. Specifically, Ford pointed to the need for reforming laws relating to minor, nonviolent drug crimes, as well as the need to ensure the right to a speedy trial. As many as 97 percent of federal cases in 2011 were resolved with plea bargains rather than a trial, which legal experts say is a troubling trend.

Ford also said there's an opportunity now to talk about gun violence and laws that encourage vigilantism. The U.S. Commission on Civil Rights is already investigating whether "stand your ground" laws are racially biased.

"My view is of all the racial injustices that continue to plague our society, the imbalances in the criminal justice system are among the worst," Ford said. "To carry on the legacy of the civil rights movement, this is the one of the top areas that needs to be addressed and leadership from the White House would be welcomed."