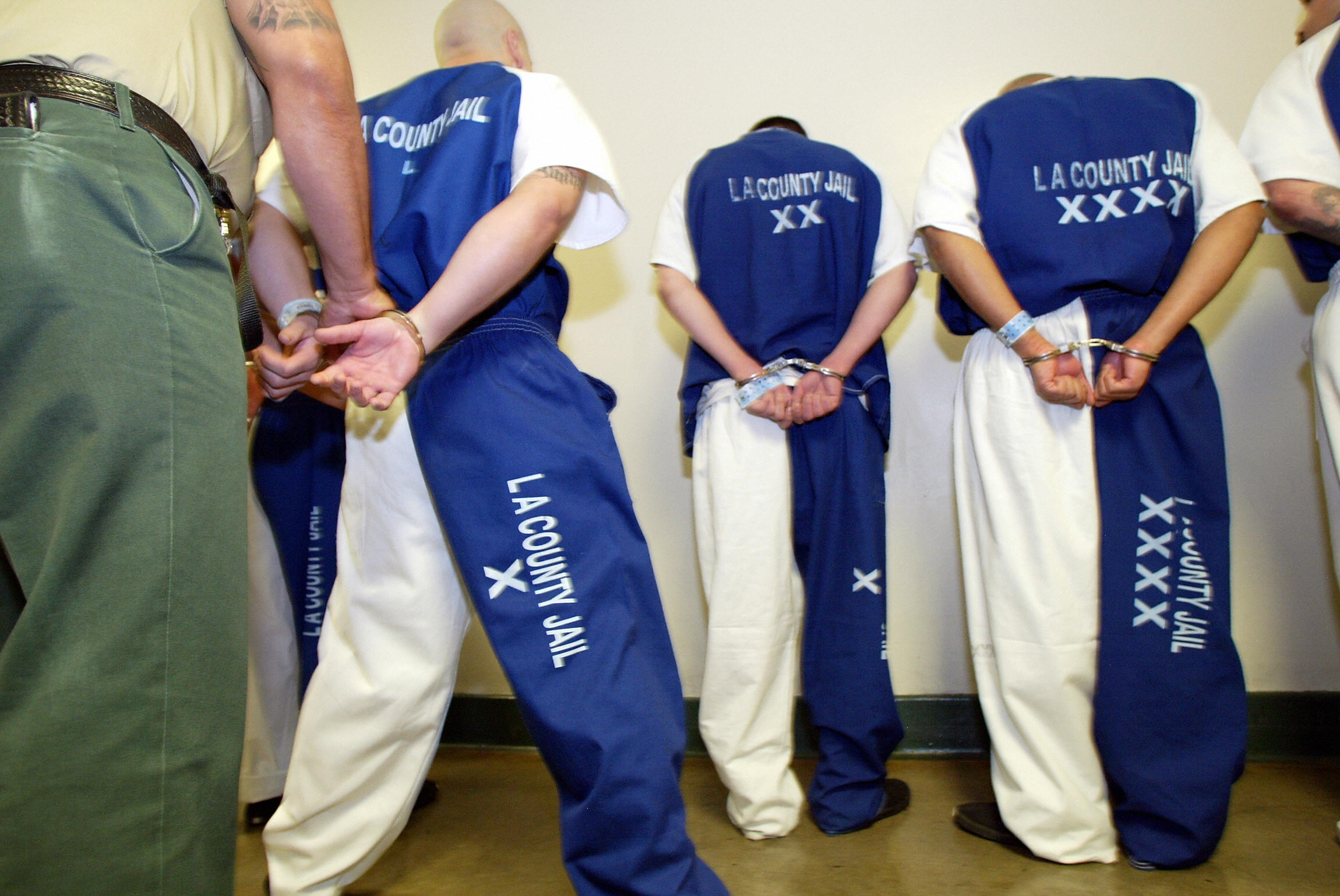 For decades, Democrats and Republicans worked together to combat on crime. The crackdown began in the 1960s, as Americans grappled with social upheaval, simmering racial tension and the assassination of national leaders. The national violent crime rate was steadily ticking up.

"I hope that 1965 will be regarded as the year when this country began in earnest a thorough, intelligent, and effective war against crime," President Lyndon Johnson declared when he established the President's Commission on Law Enforcement and Administration of Justice.

Five years later, President Richard Nixon agreed, "If there is one area where the word "war" is appropriate it is in the fight against crime."

Even so, many of the stiff laws enacted as part of the "war on crime" or the "war on drugs" remain in place -- and America is now feeling the consequences. The number of people behind bars in the U.S. has exploded the past half century -- according to the American Civil Liberties Union (ACLU), the prison population has increased 700 percent since 1970. More than 2 million people are now locked up in the U.S. -- that's nearly one out of 100 people. Now, while the United States is home to just 5 percent of the world's population, it houses 25 percent of the world's prisoners. The pricetag for incarcerating so many people comes to around $80 billion annually. That amounts to $260 per U.S. resident -- up from $77 in 1980.

"We know that Americans are not innately bad people -- it makes no sense whatsoever that we're the number one jailer in the world," Alison Holcomb, director of the ACLU's Campaign to End Mass Incarceration, said to CBS News last week at a bipartisan summit on criminal justice reform.

As bloated prisons strain state budgets and mass incarceration tears families apart -- particularly in communities of color -- the issue of criminal justice reform has gained remarkable traction among both liberals and conservatives. In the past year, the issue came to the forefront of the national dialogue when militarized police forces grimly confronted protesters already angry over police abuse.

"This is a moment in time, we should not let it slip by," Pastor Michael McBride of the faith-based group PICO Network told CBS. "We have mass movements of social justice and social awareness in the streets -- people agree that something is wrong in our country."

Even conservatives like Newt Gingrich agree that the issue is a moral one. On top of that, there have been enough successful reforms at the state level that there's no longer any excuse for inaction.

Results in states like Texas and Georgia have created "a real track record so it's not a theory" anymore, Gingrich said. "Part of this is an argument... if something really works, if it's better for human beings, if it's also less expensive, tell me why it is we wouldn't do it. That fact-based argument wasn't available 10 years ago, and now it's unavoidable."

The deep-red state of Texas is often held up as the prime example of a state -- led by conservatives -- that has successfully embraced a series of criminal justice reforms. About a decade ago, facing a prison population that was about to grow untenably high, state leaders began investing in vocational training and educational programs for inmates, drug treatment programs and other initiatives to keep former inmates from returning to jail. Under former Gov. Rick Perry's watch, the state closed three prisons -- marking the first time any prisons had been closed in the state in over a century. Perry, now an advocate for criminal justice reform, boasts that his administration saved Texas taxpayers $2 billion while bringing the state's crime rate down to its lowest level since 1968.

Criminal justice reform advocates have also hailed the passage of Proposition 47 in California. Since enacted by the voters last year, reducing punishments for some nonviolent criminals like drug offenders, the state has already released 2.700 inmates whose felony convictions were reduced to misdemeanors.

Meanwhile, more than a dozen other states have, with support from the Justice Department, directed funding away from prison construction and toward drug treatment programs and other forms of intervention aimed and reducing recidivism. The Urban Institute reported last year that those 17 states will save $4.6 billion over 11 years.

In Georgia, one of those 17 states, the prison population more than doubled between 2000 and 2011. But reforms enacted in 2012 are already saving the state money and bringing down its inmate population. They're also helping mitigate the racial inequities in the system. A Justice Department report released last week shows that since Georgia enacted its reforms, prison admissions have fallen by 8 percent while admissions among African Americans have fallen by 11 percent. Even so, African Americans still make up 61 percent of Georgia's prison population -- but just 31 percent of the state's resident population.

Still, there's a long way to go in reforming the federal prison system. With about 218,000 federal inmates locked up, the Bureau of Prisons reports a crowding rate of about 40 percent. With so many prisoners to deal with, the bureau has moved thousands of low-security inmates to private prisons.

About half of federal inmates are nonviolent drug offenders, and multiple bills in Congress focus on reducing that segment of the prison population.

A handful of liberals and conservatives -- including Republican Sens. Mike Lee of Utah and Jeff Flake of Arizona, and Democratic Sens. Dick Durbin of Illinois and Cory Booker of New Jersey -- have introduced the Smarter Sentencing Act. Two 2016 Republican hopefuls, Ted Cruz of Texas and Rand Paul of Kentucky, have also signed on to the bill, which would give judges more discretion in sentencing those convicted of nonviolent drug offenses.

Paul and Booker have also introduced a bill crafted to complement other sentencing reform efforts, called the Redeem Act (the "Record Expungement Designed to Enhance Employment" Act) to reduce recidivism.

So what's the hold up?

The group FreedomWorks, best known for taking on tea party causes like opposing the Affordable Care Act, is supporting several of these bills after its grassroots supporters called for more attention on the issue of criminal justice. FreedomWorks president Matt Kibbe told CBS that the legislative effort seems "doable" this year but challenging -- "Inertia rules in Washington," he said.

"We're going to have to demonstrate, to Republicans in particular, that there is grassroots support for changing the system and it's not just a financial issue -- it's a values issue, it's a justice issue."

Former New York City Police Commissioner Bernard Kerik told CBS that criminal justice reforms have started at the state level because state governments are obligated to stick to a budget -- unlike the federal government.

"The federal government continues to put money into the system," he said. "And if you continue putting money into it, it's going to continue to grow, and that's what's happening."

Kerik -- who served his own time in federal prison -- said real reforms will be more realistic once the public has a better understanding of the deep, long-lasting impact that a felony conviction has on a person and his community.

"I don't think the American public understands that when someone is convicted of a felony in this country, it is life sentence," he said. "There's no paying your debt to society-- your debt is never paid... 70 percent of your ability to obtain real, substantial employment is reduced, you can't get federal housing, in some cases people can't get checking accounts, bank accounts, they can't rent apartments -- this is all of a result of their conviction."