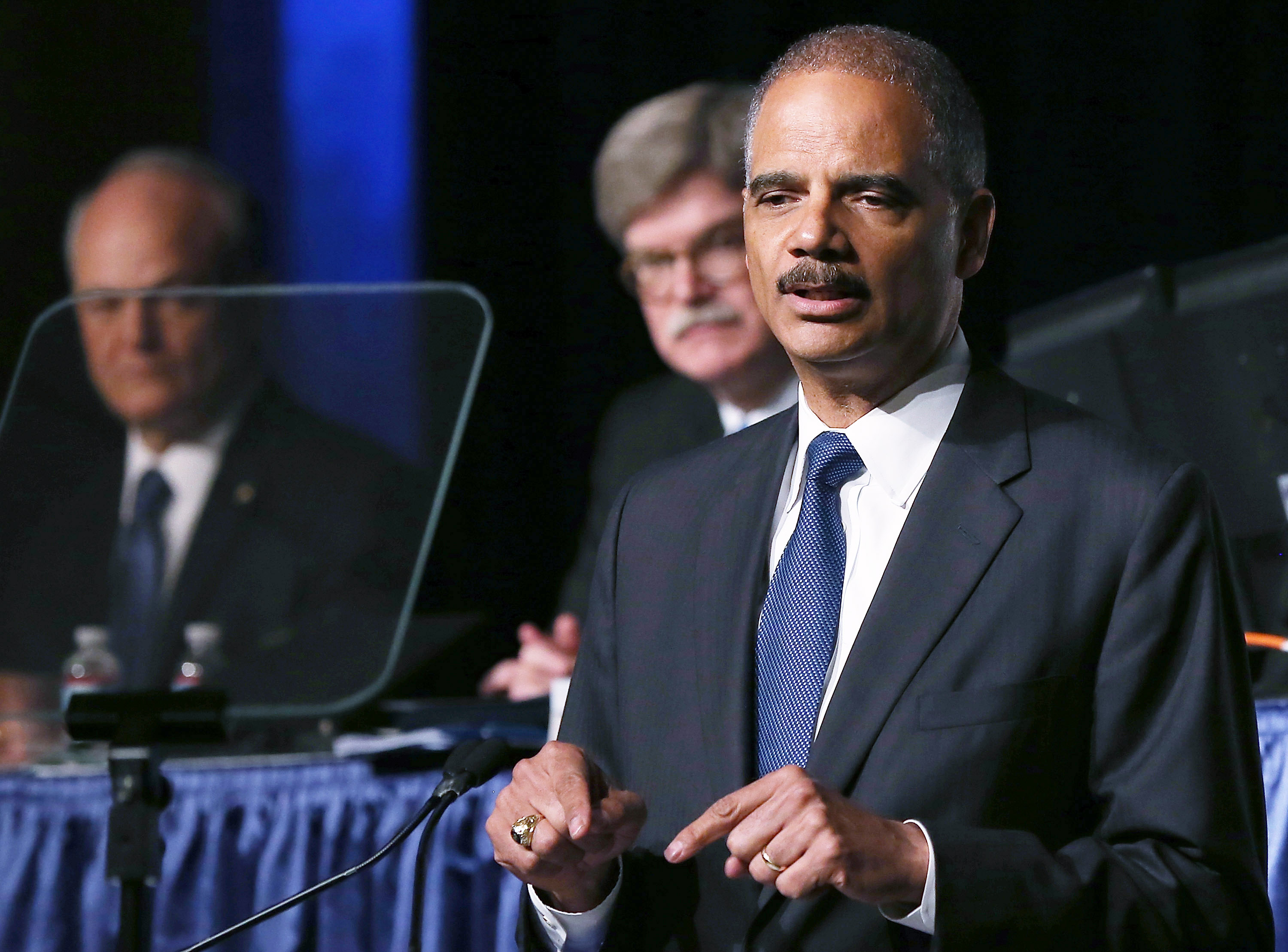 With Congress mired in gridlock over most significant issues, the Obama administration has stretched its executive muscle, taking unilateral action on a number of divisive issues like modifying the Affordable Care Act or allowing certain undocumented young immigrants to stay in the U.S.

On Monday, Attorney General Eric Holder once again demonstrated how the administration is willing to go around Congress to achieve its policy objectives, announcing that the Justice Department will change its prosecutorial tactics in order to avoid draconian mandatory minimum sentencing rules. This time, however, the administration is moving unilaterally on an issue that has unusual bipartisan support in Congress.

"What we have today is a meeting of the minds more than anything," Nicole Austin-Hillery of the Brennan Center for Justice told CBSNews.com. As the justice system feels the financial strain of sequestration, Austin-Hillery said Holder's policy changes are "a recognition that this is timely, urgent and going to take a concerted effort from both the executive and legislative branches."

Republicans and Democrats have come together in the House and the Senate in recent months to introduce legislation that would give judges more discretion in sentencing. Holder acknowledged those efforts in his remarks at the American Bar Association in San Francisco on Monday.

"Such legislation will ultimately save our country billions of dollars," he said. "And the president and I look forward to working with members of both parties to refine and advance these proposals."

The administration's past attempts to bypass Congress have been met with opposition, particularly from small-government conservatives concerned with the Executive Branch assuming too much power. Vikrant Reddy, a policy analyst with the Texas Public Policy Foundation told CBSNews.com, "I guess it's possible some people will be alarmed by the fact the administration is trying to do this by fiat, but ultimately I'm optimistic this will be helpful."

The Texas Public Policy Foundation is leading a project called Right on Crime, which makes the conservative case for reforming the justice system. Reforming mandatory minimum sentencing laws has become an issue for both fiscal conservatives and liberals as the crowded prison system puts a strain on budgets and as the restrictive, federal approach to sentencing proves to be misguided.

Reddy said the federal government should be less involved overall in criminal justice, but he nevertheless said the Justice Department's reforms were welcome news and an indicator of the broad support for reform. Lawmakers on Capitol Hill leading the efforts on sentencing reform also welcomed Monday's announcement.

"I am encouraged that the President and Attorney General agree with me that mandatory minimum sentences for non-violent offenders promote injustice and do not serve public safety," Sen. Rand Paul, R-Ky., said in a statement. Earlier this year, Paul worked with Senate Judiciary Committee Chairman Patrick Leahy, D-Vt., to introduce the Justice Safety Valve Act, which would give judges more flexibility in sentencing federal crimes where a mandatory minimum punishment is considered unnecessary.

Leahy said in a statement he is also encouraged Holder and the Justice Department "have joined the growing chorus from across the political spectrum that question this one-size-fits-all approach" to justice.

The House version of the bill, introduced by Rep. Bobby Scott, D-Va., is mostly backed by Democrats at this point but also has the support of libertarian-leaning Rep. Thomas Massie, R-Ky.

Leahy has also worked with Sens. Dick Durbin, D-Ill., and Mike Lee, R-Utah, to introduce a similar bill, the Smarter Sentencing Act. Like the Justice Safety Valve Act, it would give judges more discretion in sentencing. It would also allow certain inmates sentenced under old crack cocaine sentencing laws to petition for reduced sentences consistent with the Fair Sentencing Act -- a 2010 law that lessened the sentencing disparity between crack and powder cocaine offenses.

Durbin discussed sentencing reform with Holder just last week and said in a statement Monday that he looks forward to working with the administration and his congressional colleagues to change "outdated laws that have proven not to work and cost taxpayers billions."

The Senate Judiciary Committee will hold a hearing on mandatory minimums in September, while the House Judiciary Committee has convened an Over-Criminalization Task Force, led by Reps. James Sensenbrenner, R-Wis., and Bobby Scott, to review federal criminal regulations.

Austin-Hillery called the efforts so far "a strong foundation and a good start," but she added, "Folks should by no means think this solves all the problems in our criminal justice system."

Update: At least one congressional leader, House Judiciary Committee Chairman Bob Goodlatte, R-Va., made it clear he was displeased with the Justice Department's unilateral moves.

"If Attorney General Holder wants to reform our criminal justice system, he should work with Congress to do so. We welcome his input on this important issue," Goodlatte said in a statement. "However, Attorney General Holder cannot unilaterally ignore the laws or the limits on his Executive powers. While the Attorney General has the ability to use prosecutorial discretion in individual cases, that authority does not extend to entire categories of people. We will be closely monitoring his efforts to ensure that the Obama Administration does not attempt to exceed its constitutional powers once again."