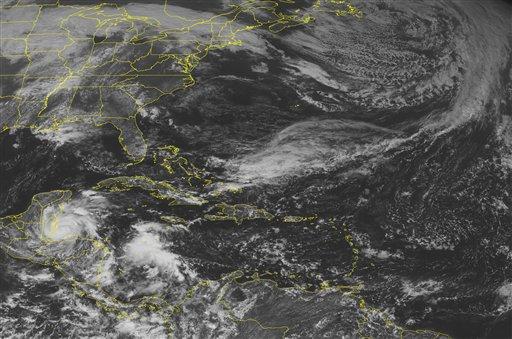 Trust in a bottle? It sounds like a marketer's fantasy, like the fabled fountain of youth or the wild claims of fad diets.

Yet that's what Swiss and American scientists demonstrate in new experiments with a nasal spray containing the hormone oxytocin. After a few squirts, human subjects were significantly more trusting and willing to invest money with no ironclad promise of a profit.

The researchers acknowledged their findings could be abused by con artists or even sleazy politicians who might sway an election, provided they could squirt enough voters on their way to the polls.

"Of course, this finding could be misused," said Ernst Fehr of the University of Zurich, the senior researcher in the study, which appears in Thursday's issue of the journal Nature. "I don't think we currently have such abuses. However, in the future it could happen."

Other scientists say the new research raises important questions about oxytocin's potential as a therapy for conditions like autism or social phobias, in which trust is diminished. Or, perhaps the hormone's activity could be reduced to treat more rare diseases, like Williams' Syndrome, in which children have no inhibitions and approach strangers fearlessly.

"Might their high level of trust be due to excessive oxytocin release?" asks University of Iowa neurologist Antonio Damasio, who reviewed the experiments for Nature. "Little is known about the neurobiology of trust, although the phenomenon is beginning to attract attention."

Oxytocin is secreted in brain tissues and synthesized by the hypothalamus. This small, but crucial feature located deep in the brain controls biological reactions like hunger, thirst and body temperature, as well as visceral fight-or-flight reactions associated with powerful, basic emotions like fear and anger.

For years oxytocin was considered to be a straightforward reproductive hormone found in both sexes. In both humans and animals, this chemical messenger stimulates uterine contractions in labor and induces milk production. In both women and men, oxytocin is released during sex, too.

Then, elevated concentrations of the hormone also were found in cerebrospinal fluid during and after birth, and experiments showed it was involved in the biochemistry of attachment. It's a sensible conclusion, given that babies require years of care and the body needs to motivate mothers for the demanding task of childrearing.

In recent years, scientists have wondered whether oxytocin also is generally involved with other aspects of bonding behavior — and specifically whether it stimulates trust.

In the experiments, the researchers tried to manipulate people's trust by adding more oxytocin to their brains. They used a synthetic version in a nasal spray that was absorbed by mucous membranes and crossed the blood-brain barrier. Researchers say the dose was harmless and altered oxytocin levels only temporarily.

A total of 178 male students from universities in Zurich took part in a pair of experiments. All the volunteers were in their 20s. They got the oxytocin or a placebo.

In the first experiment, they played a game in which an "investor" could choose to hand over to a "trustee" up to 12 units of money that are each equal to .40 Swiss franc, or about 32 cents. The trustee triples the investor's money, then gets to decide how much of the proceeds to share. The trustee can't be certain how much — if anything — he will get in return.

Of 29 subjects who got oxytocin, 45 percent invested the maximum amount of 12 monetary units and, in the researchers' words, showed "maximal trust." Only 21 percent had a lower trust level in which they invested less than 8 monetary units.

In contrast, the placebo group's trust behavior was reversed. Only 21 percent of the placebo subjects invested the maximum, while 45 percent invested at low levels.

In a second experiment, investors faced the same decision. But this time, the trustee was replaced by a computer program in an effort to see whether the hormone promoted social interaction, or simply encouraged risk-taking.

With the computer, the oxytocin and placebo groups behaved similarly, with both groups investing an average of 7.5 monetary units.

"Oxytocin causes a substantial increase in trusting behavior," Fehr and his colleagues reported.

Researchers said they are performing a new round of experiments using brain imaging. "Now that we know that oxytocin has behavioral effects," Fehr said, "we want to know the brain circuits behind these effects."