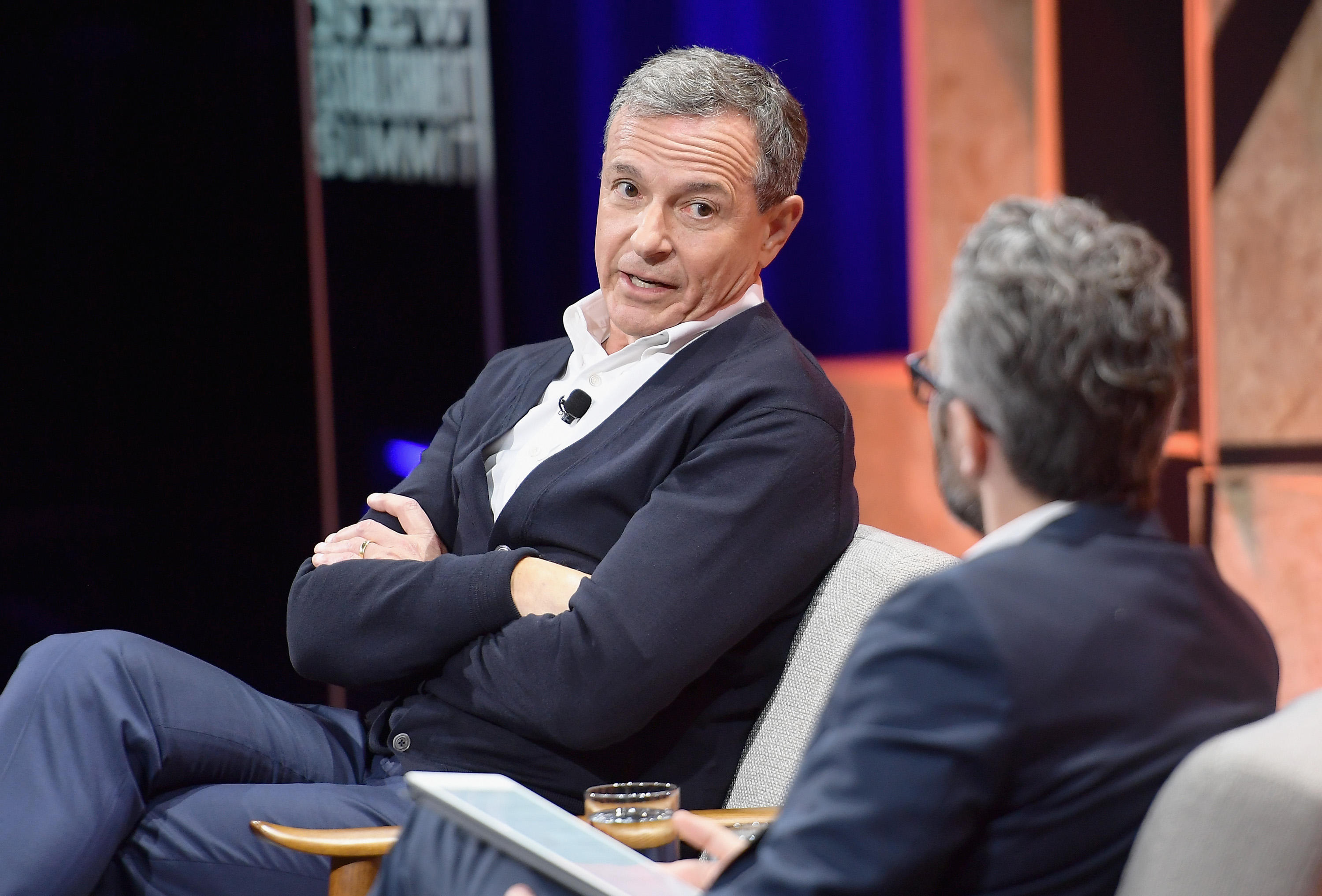 Disney CEO Bob Iger would not confirm or deny rumors yet again about a potential presidential run in 2020. He is set to step down from the company in 2019.

According to the LA Times, during a discussion at Vanity Fair's New Establishment Summit in Los Angeles last week, a Vanity Fair reporter inquired of the audience if they would support an Iger run for office, leading to a round of applause.

"That sounds tepid — so maybe that's a sign," Iger responded. "And my wife is out there somewhere and I can guarantee that she's not cheering," he added.  "I will figure it out when I have to figure it out."

The magazine had previously asked Iger of his political ambitions back in May, which the CEO also deflected.

Iger did, however, wade into more political territory by discussing the recent mass shooting in Las Vegas, saying that the country must face its problem with gun violence.

"These are incidents that touch everybody," Iger said. "Where is the outrage here? This is a huge crisis for our country. We should demand a dialogue about this from our politicians."

Iger reportedly told the audience he spent much of the day following the tragedy trying to ascertain if any Disney employees were among the 58 dead and hundreds injured during the shooting.

The LA Times reported that around of the company's 70 employees were in Las Vegas at the time of the shooting, with many attending the very concert targeted. One was killed.

Iger also commented on President Trump's recent weighing-in on the sports world and the backlash over NFL players silent protests during the national anthem.

"I don't think Donald Trump touched sports — I think sports touched Donald Trump," Iger said, noting the impact that sports, a large asset to the Disney conglomerate, which owns ESPN, has on the country.

Iger did not expand on his relationship with Mr. Trump. He had previously resigned from the president's council of business leaders in the wake of Mr. Trump's decision to pull out of the Paris Climate Agreement.

In an interview following his appearance at the summit, he spoke with Bloomberg news, reiterating his claims that nothing has been decided about his future post-Disney.

Asked if he has you ruled anything out with regards to a presidential run, Iger responded, laughing, "Here's what I've ruled in, I've ruled in that I have a full time job now, and I love this job and I'm committed to it and I'm spending all my time on that and on my family."

He added, "That's my life and I will eventually figure out what I'm going to do after Disney. Hopefully we'll have a lot of different opportunities and I haven't really begun to explore what those are."