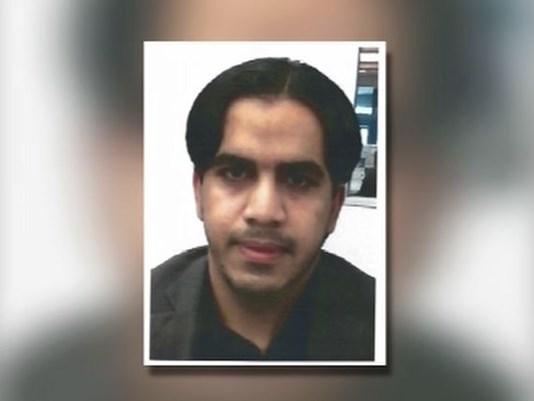 HOUSTON -- An Iraqi refugee who authorities say wanted to set off bombs at two Houston malls pleaded guilty Monday to trying to help the Islamic State of Iraq and Syria (ISIS).

Omar Faraj Saeed Al Hardan admitted as part of his plea deal that he pledged his loyalty to ISIS in November 2014 and almost immediately trained to use tactical weapons, including an AK-47. He faces up to 20 years in federal prison when he is sentenced Jan. 17 on a charge of attempting to provide material support or resources to a designated foreign terrorist organization.

The 24-year-old came to Houston from Iraq in 2009. Beginning in June 2014, Al Hardan developed a relationship with a confidential informant, discussing hopes to travel overseas to fight with ISIS, according to authorities.

Homeland Security Special Agent Herman Wittliff testified days after Al Hardan’s indictment in January that the suspect had been learning how to make electronic transmitters that could be used to detonate explosives. Wittliff said Al Hardan hoped to bomb two Houston malls, including the popular Galleria mall, and wanted use cellphones -- a collection of which were found in his apartment - to detonate the devices.

He also made numerous statements about his plans to travel to Syria and fight alongside ISIS and become a martyr, CBS affiliate KHOU reported.

An FBI statement at the time assured that Al Hardan never had an “active or planned plot targeting a specific location in Houston or elsewhere.”

Prosecutors alleged Al Hardan was coordinating efforts with another Iraqi refugee living in California, Aws Mohammed Younis Al-Jayab, and that the two men discussed getting weapons training and eventually sneaking into Syria to fight alongside ISIS.

Al-Jayab is jailed in Chicago on allegations of trying to support a terrorist group.  The 23-year-old Iraqi-born Palestinian man also is charged in California with lying to investigators about traveling to Syria.

Al-Jayab flew from Chicago to Turkey on Nov. 9, 2013, then traveled to Syria, federal prosecutors said. Authorities say he joined a group later affiliated with the Islamic State, though he told investigators he was just visiting his grandmother in Turkey.