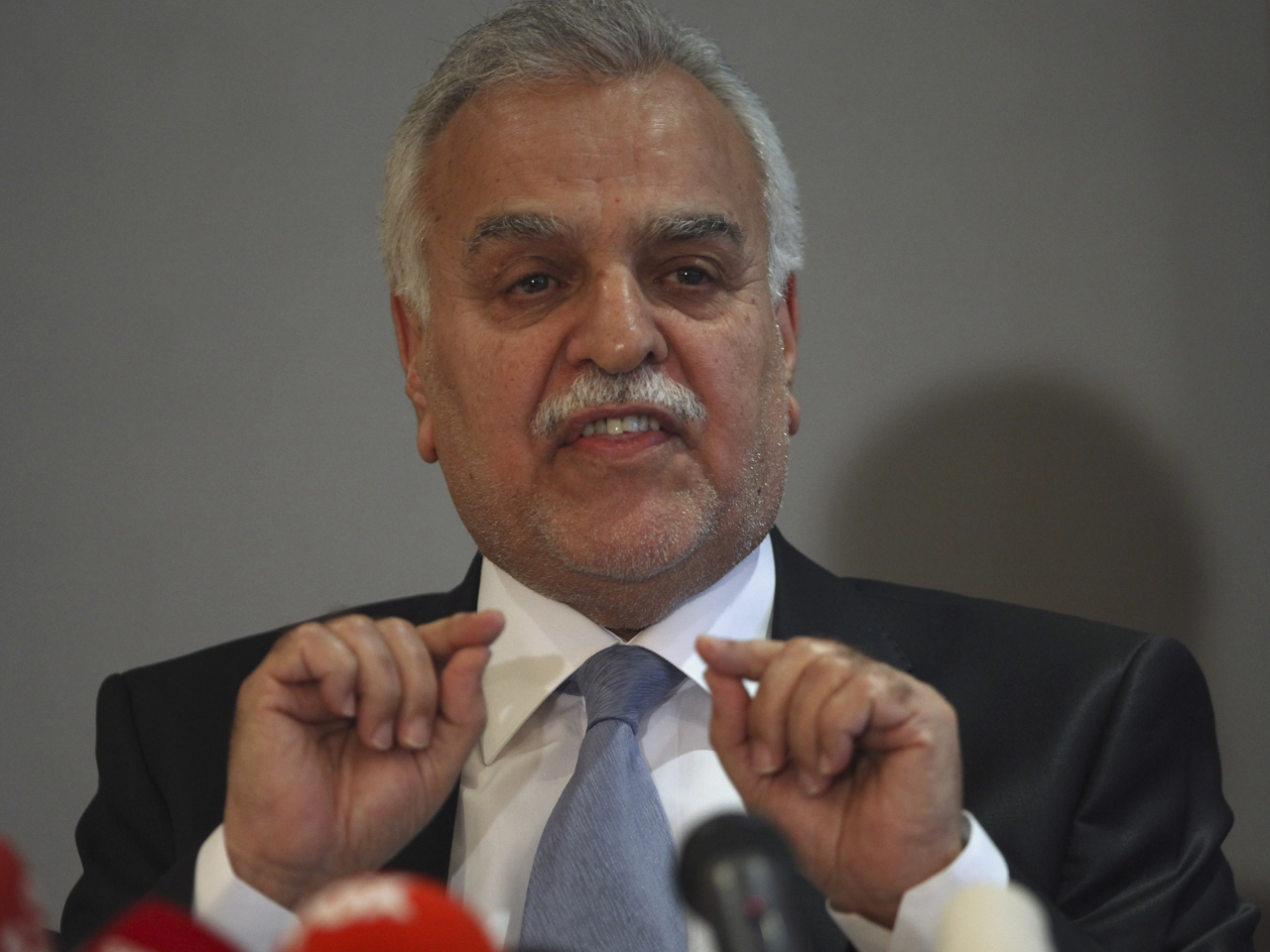 (AP) BAGHDAD — Iraq's fugitive Sunni vice president on Monday declared his "absolute innocence" and rejected the terror trial that sentenced him to death on charges of masterminding the murder of rivals as a politically motivated sham.

Tariq al-Hashemi, who fled Iraq after the country's government brought the charges against him, called the trial illegitimate and accused Prime Minister Nouri al-Maliki, a Shiite and longtime foe of the vice president, of orchestrating it as part of a political vendetta.

"I totally reject and will never recognize" the verdict, al-Hashemi told reporters in the Turkish capital of Ankara. "I consider the verdict a medal on my chest."

"The death sentence is a price I have to pay due to love to my country and my loyalty to my people," he added. "I reiterate that I'm innocent, and am ready to stand before a fair judicial system and not a corrupt one that is under al-Maliki's influence."

Al-Hashemi fled to Turkey after Iraq's Shiite-led government issued the terror charges against him in December, the day after U.S. troops withdrew from the country. He would receive a retrial if he agrees to return to Baghdad, but al-Hashemi has refused, saying he will never get a fair hearing in a Baghdad court.

The politically charged case sparked a government crisis and fueled Sunni Muslim and Kurdish resentment against al-Maliki, whom critics say is monopolizing power.

On Sunday, Baghdad's criminal court convicted al-Hashemi and his son-in-law, Ahmed Qahtan, of organizing the murders of a Shiite security official and a lawyer who had refused to help the vice president's allies in terror cases. The two defendants were acquitted in a third case of the killing of a security officer due to a lack of evidence.

The charges were the first against al-Hashemi to go to trial among the government's allegations that he played a role in 150 bombings, assassinations and other attacks from 2005 to 2011 — years in which the country was mired in retaliatory sectarian violence that followed the 2003 U.S.-led invasion that ousted Saddam Hussein's Sunni regime. Most of the attacks were allegedly carried out by al-Hashemi's bodyguards and other employees, and largely targeted government officials, security forces and Shiite pilgrims.

The Baghdad court sentenced both al-Hashemi and Qahtan in absentia to death. They have 30 days to appeal the verdict and could win a retrial if they return to Iraq to face the charges.

Al-Hashemi — who has been in office since 2006 — is on Interpol's most-wanted list, but Turkey has shown no interest in sending the vice president back to Baghdad, straining diplomacy between the two neighboring nations.

Al-Hashemi appeared defiantly upbeat at the packed press conference. "I am not worried about my life," he said. "I am worried about the future of my country."