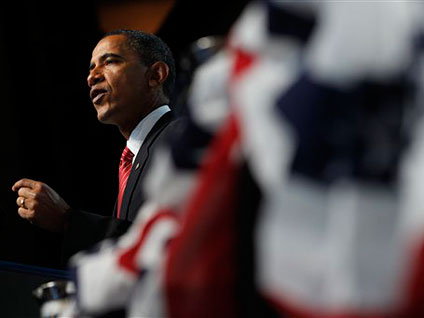 President Obama today stressed that America's plans for withdrawal from Iraq are on schedule. U.S. combat troops, he said, will be out of the country by the end of August, leaving about 50,000 "non-combat" troops who will leave by the end of 2011.

The implication is clear: The war - the combat phase of America's involvement in Iraq - is ending. Now all that's left is a civilian-led effort in which there will be no American combat presence.

But it's worth thinking a little bit more about what the role of American forces in Iraq will really be once our combat troops have left.

"All of the combat units will be out of Iraq by the end of August [2010] and those that are left will have a combat capability," he said. "There will be, as the president said, targeted counterterrorism operations. There will be continued embeds with some of the Iraqi forces in a training capacity and so on."

He continued: "So there will be the capability, but the units will be gone, and, more importantly, the mission will have changed. And so the notion of being engaged in combat in the way we have been up until now will be completely different."

So while the troops will be "non-combat," they will still be engaged in "targeted counterterrorism operations" and working and fighting alongside Iraqi forces, according to Gates.

The military and administration's parsing of combat and non-combat troops strikes many as amounting to a distinction without a difference. In February of last year, Washington Post Pentagon reporter Thomas Ricks stated flatly on CBSNews.com's "Washington Unplugged" that "There is no such thing as non-combat troops."

Meanwhile, violence and instability in Iraq is raising questions about to what degree American forces can really fade into the background without a negative impact on the country's security situation. In just the latest instance of the near-daily violence in the country, eight people were killed Monday in a pair of bombings and a drive-by shooting.