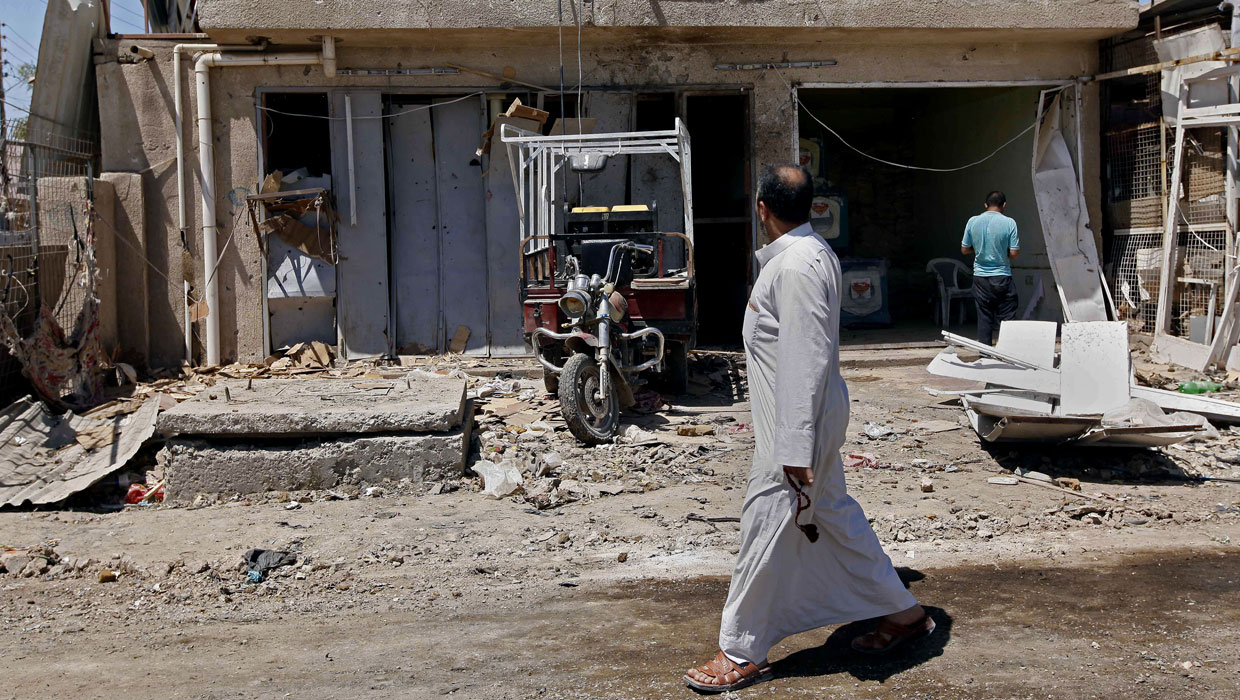 BAGHDAD More than 40 people were reported killed in fighting in a key city in northern Iraq and gunmen took over a town elsewhere in the country on Thursday, raising concerns that unrest roiling Sunni areas is spreading. Iraq's prime minister appealed for calm following three days of violence that has left more than 150 dead.

Clashes erupted late Wednesday in Mosul between gunmen and police in some districts before security forces managed to bring the situation under control before midday Thursday. Police said 31 militants and 10 police were killed in the fighting in Mosul. Many residents were still staying home out of fear, although the city was largely quiet by evening.

The latest unrest began on Tuesday when fighting broke out in the northern town of Hawija during a security crackdown on a protest encampment. Three members of the Iraqi security force and at least 20 other people were killed. The government said gunmen fired on the security forces as they entered the camp to make arrests related to an earlier incident.

In his first public comments since the Hawija killings, Prime Minister Nouri al-Maliki appealed for calm, urging Iraqis to unite for the sake of the country and stand up against extremists.

"We all have to shoulder responsibility after what happened in Hawija and what's going on today in Suleiman Beg and other areas," he said in a televised address. "If (sectarian) conflict erupts, there will be no winner or loser. All will lose, whether in southern or northern or western or eastern Iraq."

The Defense Ministry said in a statement that gunmen had taken control of the Suleiman Beg police station and other governmental buildings, and were deployed in the streets of the town, about 150 90 miles north of Baghdad. The ministry did not provide information on casualties.

On Wednesday, police and hospital officials reported fierce clashes in the town that resulted in the deaths of four soldiers and 12 others, including some gunmen.

The mayor of the city of Tuz Khormato, to which Suleiman Beg is administratively annexed, said security forces had laid siege to the small town and sporadic clashes were continuing. The official, Shalal Abdool, said there were additional casualties among gunmen on Thursday, but he couldn't provide numbers.

Northeast of Baghdad, the Iraqi army has surrounded the town of Qara Tappah, where deadly clashes also were reported on Wednesday. The army and some tribal leaders in the town are in contact to try to ease the tensions, and the situation is calm for now, according to local police. Qara Tappah is about 75 miles northeast of the capital.

Gunmen also opened fire on a police checkpoint near Fallujah, killing two policemen and wounding two others, according to police.

The turmoil is aggravating an already sour political situation between Sunnis and the Shiite-led government. A Sunni politician who recently announced his resignation from the Cabinet has urged al-Maliki, a Shiite, to step down to calm the tensions.

"Iraq is in a dire situation now and I believe that there must be serious solutions," Abdul-Karim al-Sammarraie told The Associated Press on Thursday in a phone interview. "One of the solutions is the resignation of the prime minister and for him to leave the government to another who can run it temporarily. Otherwise, the options for Iraq are only dangerous ones."

Al-Sammarraie is Iraq's minister of science and technology. He and Minister of Education Mohammed Tamim submitted their resignations this week in the wake of the killings in Hawija. Al-Sammarraie said that Industry Minister Ahmed al-Karbouli also submitted his resignation.

Al-Karbouli could not be reached for comment, but an official in his office confirmed the move. The official spoke on condition of anonymity because he was not authorized to make statements about the resignation to the media.

Also on Thursday, attackers detonated explosives on a key oil pipeline linking Kirkuk to the Turkish port of Ceyhan, disrupting crude oil exports, according to officers in the oil protection force and Salaheddin provincial police.

The attack happened near the town of Shurqat, 250 kilometers (155 miles) northwest of Baghdad. The pipeline is frequently targeted by militants.

Like other police and health officials providing details of the attacks, they spoke on condition of anonymity because they weren't authorized to release the information.