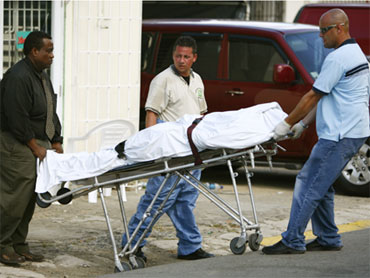 The Iraqi government on Thursday ridiculed Secretary of State Colin Powell's indictment of Baghdad's banned weapons programs, describing the presentation to the U.N. Security Council as containing elements of "fiction," without a "smoking gun."

In a sweeping attack on the presentation, Lt. Gen. Amer al-Saadi said that Powell's presentation was directed at the ill-informed.

"Where's the smoking gun?" he asked.

The Iraqis continued to insist that they had already dismantled the programs. The officials had promised a more detailed response Thursday, but largely repeated their earlier criticisms and responses.

Al-Saadi described the report as "unworthy of a superpower," and singled out Powell's charges point by point as being fabrications.

In particular, he derided Powell's assertions that Iraq attempts to hide secret information by keeping it moving in vehicles driven around the country.

Powell's accusations were likely to increase pressure on the Iraqis to come forward with new information when chief inspectors Hans Blix and Mohamed ElBaradei travel to Baghdad this weekend for two days of talks before their next report to the Security Council on Feb. 14.

"We need to show progress in our report," ElBaradei said Thursday. "Our mission in Baghdad this weekend is crucial."

A senior Iraqi official said Thursday that an Iraqi weapons expert has submitted to a private interview, a possible sign of progress in deadlock over weapons inspections.

In an earlier statement, reacting to the presentation on Wednesday, Al-Saadi suggested that monitored Iraqi conversations played by Powell were fabricated, that defector informants were unreliable, and that satellite photographs Powell displayed "proved nothing."

He noted that similar earlier photos were checked by U.N. teams who found allegations of suspicious activities to be unfounded.

Powell's presentation cited several examples of allegedly suspicious activities by the Iraqis. Such locations are now under regular monitoring by U.N. inspectors.

Saadi described Powell's approach as a "a deliberate attempt to undermine the credibility and professionalism of the inspection bodies … by making allegations which directly contradict their assessments or cast doubt on their credibility."

A key focus of Powell's allegations — that Iraq has mobile biological-weapons labs — had been raised by Washington before, and rejected by Amin as "totally unfounded."

On Jan. 18, U.N. inspectors examined two Iraqi mobile food laboratories at a Trade Ministry site. Blix later said they were determined not to be connected with weapons-making. He called on Washington to provide any solid information they have on such labs.

Al-Saadi took up that theme, accusing Washington of itself violating U.N. Security Council Resolution 1441 by not providing intelligence data linked to its allegations, as requested in the resolution.

Iraq's U.N. ambassador also dismissed Powell's allegations that Baghdad had links to terrorists as "utterly unrelated to the truth"

Complaining that he had only been given a few minutes to respond to Powell's presentation, which lasted over an hour, Ambassador Mohammed Al-Douri told the Security Council "there are assumptions and presumptions which all fall in line with the American policy towards one known objective."