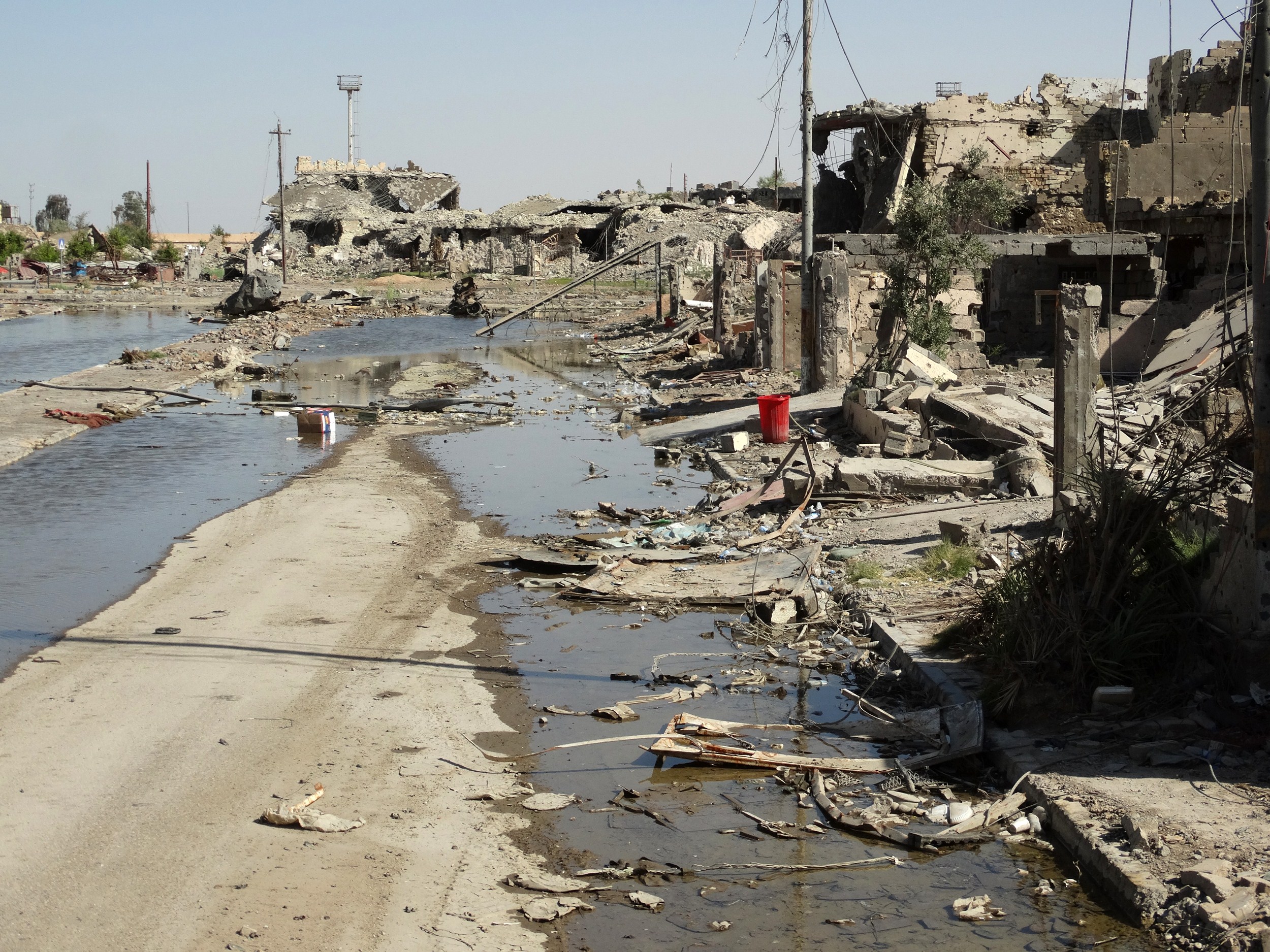 The Islamic State of Iraq and Syria (ISIS) continued its consolidation of power on the Iraq-Syria border over the weekend, but U.S. officials and experts warn that the Sunni Islamic militants may not end its quest for power even if it takes over Iraq.

The group's name also translates to the Islamic State of Iraq and the Levant, a swath of land across the Middle East that includes Syria, Jordan, Lebanon and Israel - and that's exactly where the militants may be headed.

One of the looming concerns was that ISIS may capture the Iraqi capital of Baghdad, although CBS News National Security Analyst and former CIA Deputy Director Michael Morell said that the "blitzkrieg" toward the capital has all but stopped.

"I think they're now on a different focus than they were when they were heading towards Baghdad," he said on CBS News "Face the Nation" Sunday. That new focus could be Iraq's other neighbors in the region.

ISIS head Abu Bakr al-Baghdadi "wants more territory. He wants the Levant. He wants Lebanon. He wants Jordan. They talk about Israel," Rogers said on "Face the Nation" Sunday. "They want to expand their Islamic caliphate. They believed that because they have a piece of Syria and a huge piece of Iraq now that they are well underway to do that."

Morell echoed those concerns about ISIS influence in Jordan and Lebanon, citing the group's activity in Lebanon in recent months that includes a suicide bombing just last week. It wasn't the first attack: back in January, the group claimed responsibility for a car bomb in January aimed at leaders of Hezbollah, a Shiite militia.

Rogers also noted the possibility of al Qaeda sympathizers in Jordan coming into contact with ISIS as it spreads throughout Iraq.

The al-Arabiya news channel has reported that the group hopes to create a state combining territory in Iraq, Syria, Jordan, Kuwait, Lebanon and Israel.

"There is no question that ISIS presents a regional threat and is forming the platform for a new global terrorist movement. The antecedents to ISIS envisioned a broader regional and global agenda -- and launched attacks into Jordan and attempted to influence in Lebanon," said former Bush counterterrorism adviser Juan Zarate, now a CBS News national security analyst.

The Center for Strategic and International Studies' (CSIS) Tom Sanderson, who co-directs the organization's Transnational Threats Project, said that ISIS' growth in Syria, where it was able to recruit foreign fighters from 70 to 80 different countries, makes it uniquely capable of reaching beyond its current base of power along the border with Iraq.

"ISIS has networked with people from dozens, scores of countries," Sanderson told CBS News. "It gives them the potential to travel to and operate in these countries where they have people they know, they trust, who have the skills to operate."

Among the countries that might be susceptible to ISIS influence are Indonesia, Germany, Canada, Yemen, Algeria and Morocco, among others.

"As far as North Africa is concerned I think they would find a lot of welcoming and open hearts and hands because they're fielding tons and tons of fighters from Morocco and Tunisia in particular as well as Libya," Sanderson said.

At a CSIS panel last week, former CIA Deputy Director Stephen Kappes said the group's ability to bring in disenfranchised men from countries like Pakistan and Morocco should not be underestimated. "It's a far more successful thing than people realize here in the United States," he said.

The group has also grown wealthier as they have expanded in Iraq, as wealthy Arabs from the Gulf countries keep the monetary support coming in.

"They give their money to the most successful group. And so the success that we're seeing on the ground today is drawing in more money," Morell said. "The other place they're getting money is from Iraq. When they overrun a city, they gather all the money that happens to be available in that city. They are a very wealthy terrorist organization."

But many of ISIS' wealthy donors come from within Saudi Arabia and the UAE, and Kerry will have to pressure them to help cut off the group's funding, CBS News State Department Correspondent Margaret Brennan reports. The leaders of those states are also very skeptical of Iraqi Prime Minister Nouri al-Maliki and the potential influence Iran has over him.

Iran, a predominantly Shiite country, is similarly concerned about a takeover of Iraq by the militants, who are Sunni Muslims. They have been working to ensure the Shiite militias inside Iraq are organized and well-armed to battle ISIS.

In the meantime, experts are warning that if they go unchecked, ISIS could become an even bigger threat to the U.S.

"To allow terrorist movements with global aspirations to fester, regroup, gain resources, and strategize is a prescription for disaster in the 21st century. That's what we've seen in Syria and Iraq for a few years now," Zarate said.

President Obama announced last week that he was sending up to 300 military advisers to assist Iraq security forces. Many Republicans are still urging more aggressive action, though, including airstrikes.

But the president remains firm in his commitment not to put U.S. combat troops on the ground there. He told CBS News' Norah O'Donnell he is not "just going to play whack-a-mole and send U.S. troops occupying various countries wherever these organizations pop up."