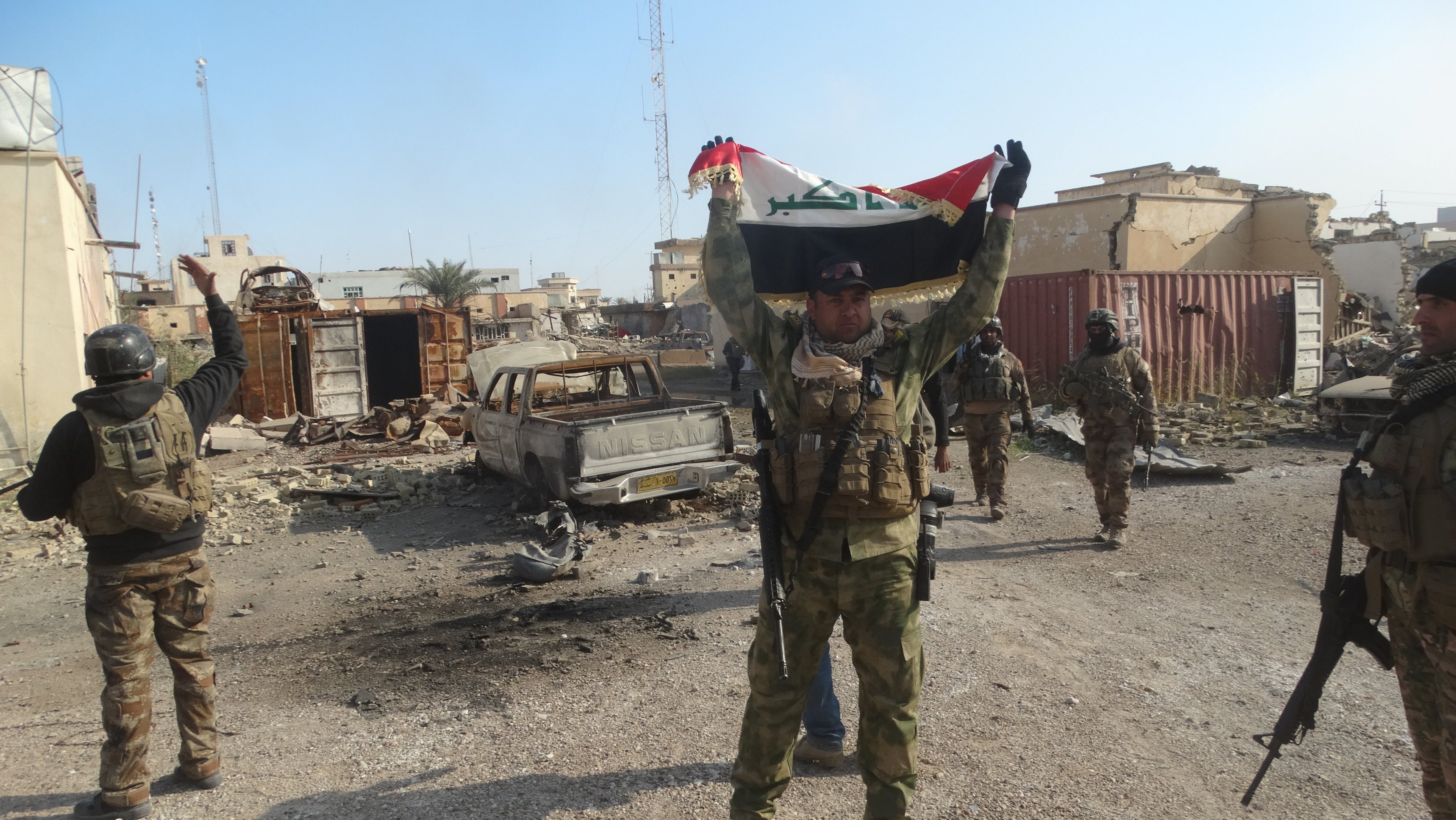 An Iraqi commander said Tuesday that calm had largely been restored in the center of Ramadi, a key city just 60 miles from the capital that troops have managed to claw back from ISIS.

Brig. Gen. Ahmed al-Belawi told The Associated Press that technicians were clearing IEDs from streets and buildings around the central government compound, which ISIS had held for almost eight months.

He said sporadic clashes were still going on in outer parts of the city, but suggested life could soon return to normal.

Then came the moment of victory on Monday when, for the first time since May, Iraq's national flag was hoisted over government buildings.

For a week Iraqi special forces led the fight to retake Ramadi. They won thanks to better equipment, and more than 600 airstrikes by coalition planes against ISIS targets.

But also because the Iraqis have been learning on the job; in ferocious battles in Tikrit and Baiji earlier this year, where they also managed to push ISIS out.

In Ramadi, however, they did it without major help from irregular Shiite militias. For the soldiers, winning in Ramadi was a big morale boost.

CBS News national security analyst Juan Zarate says the Iraqi troops are better trained and enabled -- in part through U.S. and coalition partnership -- but they also have shown newfound will and capacity.

The battle for Ramadi, important though it was, was just a preamble for what's coming in 2016.

On national television, Iraq's Prime Minister warned his forces were "coming to liberate Mosul next -- and deal ISIS a fatal blow."

First, though, the government will have to repair the damage and restore services in Ramadi to lure residents back, and keep them loyal so ISIS remains on the run.