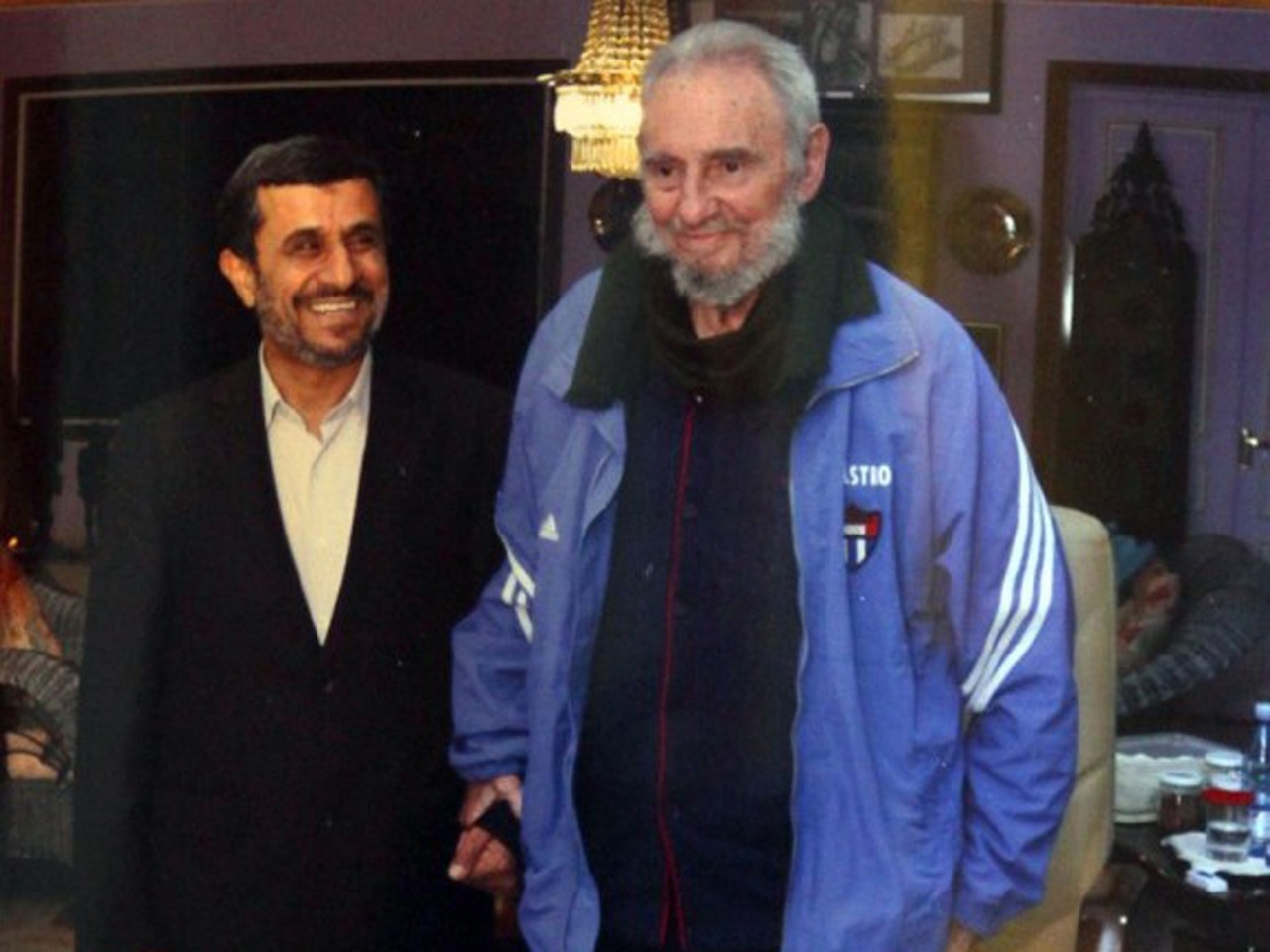 HAVANA - Two of Washington's top irritants, Mahmoud Ahmadinejad and Fidel Castro, discussed world events for two hours, and the Iranian leader on Thursday described the retired Cuban revolutionary as healthy and engaged, and declared their two countries to be allies "fighting on the same front."

"It made me enormously happy to see the comandante healthy and fit," Ahmadinejad said through a translator at an impromptu airport appearance alongside Fidel's brother, Cuban President Raul Castro, before flying off to Ecuador.

Raul said his 85-year-old brother and Ahmadinejad met for two hours Wednesday, "a demonstration that his brain is working very well." Fidel Castro stepped down in 2006 due to an illness that nearly killed him, but continues to write essays on world events.

One of his main themes has been warning that a conflict pitting the U.S. and Israel against Iran could lead the world toward nuclear Armageddon. Iranian officials last year said they welcomed Castro's support, but did not share his apocalyptic concerns, arguing the West would not dare attack.

"We have common positions on many things," Ahmadinejad said. "We have been, are and will be together one with the other."

Ahmadinejad took no questions about tensions between his country and Washington over Iran's nuclear program, and did not comment on the assassination Wednesday of a nuclear scientist working at Iran's main uranium enrichment facility.

"Ahmadinejad is looking for advice from Fidel Castro on what to do when tough sanctions are imposed," said CBS News foreign affairs analyst Pamela Falk, "because Iran is losing allies fast and the restrictions on its Central Bank are starting to pinch."

Iran's government blamed the killing on Israel, the U.S. and Britain. The U.S. denied involvement.

Ahmadinejad began his Latin America tour shortly after Washington imposed tougher sanctions on Tehran over the nuclear program. He spent less than 24 hours in Cuba, following visits to Venezuela and Nicaragua.

In Ecuador, Ahmadinejad got a bear hug from President Rafael Correa, who last received the Iranian president during his 2007 inauguration and visited Tehran the following year. The two dined at the presidential palace and waved to hundreds of Ecuadorean from its balcony, where a big Iranian flag flew.

The Iranian president thanked Correa for his solidarity and said that "the era of imperialism and global arrogance are exhausted."

"It's going to make it much more difficult to make progress with our principal market, the United States," he said.

Iran opened an embassy in Ecuador in 2008. Trade between the two nations has been meager.