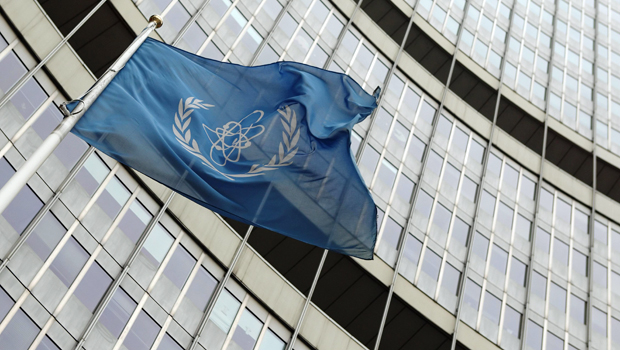 DUBAI/VIENNA -- U.N. nuclear inspectors visited an Iranian uranium mine for the first time in nearly a decade on Wednesday, Iranian media reported, as Tehran gradually opens up its disputed nuclear program to greater international scrutiny.

A three-member team from the International Atomic Energy Agency went to the Gchine mine near the southern Gulf port city of Bandar Abbas, a spokesman for Iran's atomic energy organization said. The IAEA was last there in 2005.

They "are now conducting their inspection," Behrouz Kamalvandi was quoted as saying on the website of Press TV, Iran's English-language state television.

They were to fly back to Tehran and leave the country late on Wednesday evening, it said, without giving further detail.

Allowing the U.N. nuclear agency -- which is investigating suspicions that Iran may have carried out atomic bomb research -- to go to Gchine was among six concrete steps Iran agreed to under a Nov. 11 cooperation agreement with the IAEA.

The IAEA-Iran deal is separate from a Nov. 24 breakthrough accord between Iran and six world powers to curb Iran's nuclear program in return for a limited easing of sanctions that have battered its economy. That agreement took effect on Jan. 20.

Both accords signaled a rapid improvement in Iran's troubled ties with the outside world, made possible by the June election of a relative moderate, Hassan Rouhani, as president on a platform of ending Tehran's international isolation.

Going to Gchine would allow the IAEA to know the amount of uranium mined there, making it "harder for Iran to generate a secret stock of natural uranium," the U.S. Institute for Science and International Security said in late 2013.

As the first step to be implemented under the Iran-IAEA agreement, U.N. inspectors went in December to the Arak heavy-water production facility, a plant that is linked to a nearby reactor under construction that the West fears could yield plutonium for nuclear bombs once operational.

The other measures concerned provision of information about nuclear facilities Iran has said it plans to build.

The IAEA says it needs such access and data to gain a better understanding of Iran's nuclear program and to ensure there is no diversion of atomic material for military purposes.

Iran says it is only refining uranium to fuel a planned network of nuclear power plants. But the same material can also provide the fissile core of an atomic bomb if enriched more.

The two sides will meet on Feb. 8 to discuss future steps under the cooperation agreement, with the IAEA expected to press for more access and information related to its investigation into alleged nuclear weapon research by Iran. Tehran denies the accusations and says they are fabricated.