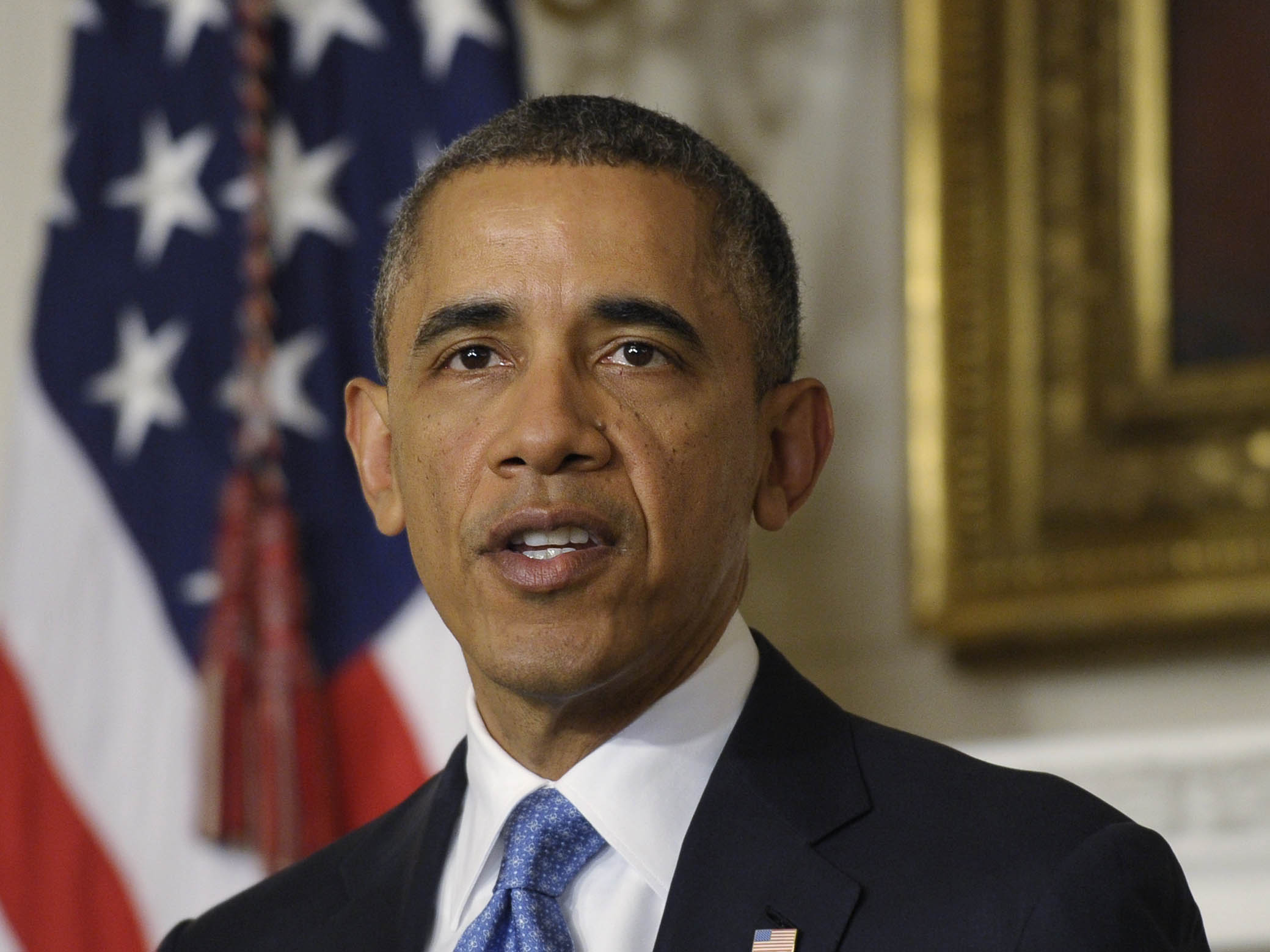 The deal between the Islamic state and the United States, France, Germany, Britain, China and Russia was nailed down after more than than four days of negotiations.A

t the White House, President Barack Obama said the agreement was the result of "intensive diplomacy" that has "opened up a new path toward a world that is more secure – a future in which we can verify that Iran’s nuclear program is peaceful, and that it cannot build a nuclear weapon."

"While today's announcement is just a first step, it achieves a great deal," Obama said. "For the first time in nearly a decade, we have halted the progress of the Iranian nuclear program, and key parts of the program will be rolled back.  Iran has committed to halting certain levels of enrichment, and neutralizing part of its stockpile."

"We need to start moving in the direction of restoring confidence, a direction in which we have managed to move against in the past," he told reporters in Geneva.

The six-month deal is aimed at making way for a broader agreement to rein in Iran's nuclear program. Under the agreement, Iran agreed to halt progress on key elements of its nuclear program in exchange for modest relief from U.S. economic sanctions.

Obama promised to hold off from imposing new sanctions during the terms of the six-month agreement, a position likely to anger some in Congress who have been pushing for even tougher penalties against Iran.

But Obama emphasized that sanctions would remain in place, and they would be tightened again if Iran did not live up to its end of the bargain.

"If Iran does not fully meet its commitments during this six-month phase, we will turn off the relief and ratchet up the pressure," he said.

In Geneva, Kerry repeated Obama's assertion that Iran would have to demonstrate its good will.

"Nobody I know will accept the words on face value," he told reporters. "It will be proven by the actions Iran takes."

Kerry said the agreement does not recognize what Iran calls its "right" to enrich uranium. That demand had been one of the most contentious points in negotiations.

The Western powers' goal had been to cap Iran's nuclear energy program, which has a history of evading U.N. inspections and investigations, to remove any risk of Tehran covertly refining uranium to a level suitable for bombs.

Tehran denies it would ever "weaponize" enrichment.

Under the short-term agreement, Iran will suspend its higher-grade uranium enrichment in exchange for the release of billions of dollars in Iranian funds frozen in foreign bank accounts, and renewed trade in precious metals, petrochemicals and aircraft parts.

The OPEC producer rejects suspicions it is trying covertly to develop the means to produce nuclear weapons, saying it is stockpiling nuclear material for future atomic power plants.

In a statement, U.N. Secretary-General Ban Ki-Moon congratulated the negotiators "for the progress made in what could turn out to be the beginnings of a historic agreement for the peoples and nations of the Middle East region and beyond."

Both Israel and Persian Gulf nations have expressed concern over the U.S. outreach to Iran. They suspect Tehran is using negotiations as a delaying tactic while it pursues a nuclear weapon.

Kerry sought to reassure those nations, saying Iran would have to prove it was backing off its nuclear program.

But Israeli was not placated by Kerry's words.

"Israel does not see itself as bound by this bad, this very bad agreement that has been signed," Economic Minister Naftali Bennett, a member of Prime Minister Benjamin Netanyahu's security Cabinet, told Israel's Army Radio on Sunday.