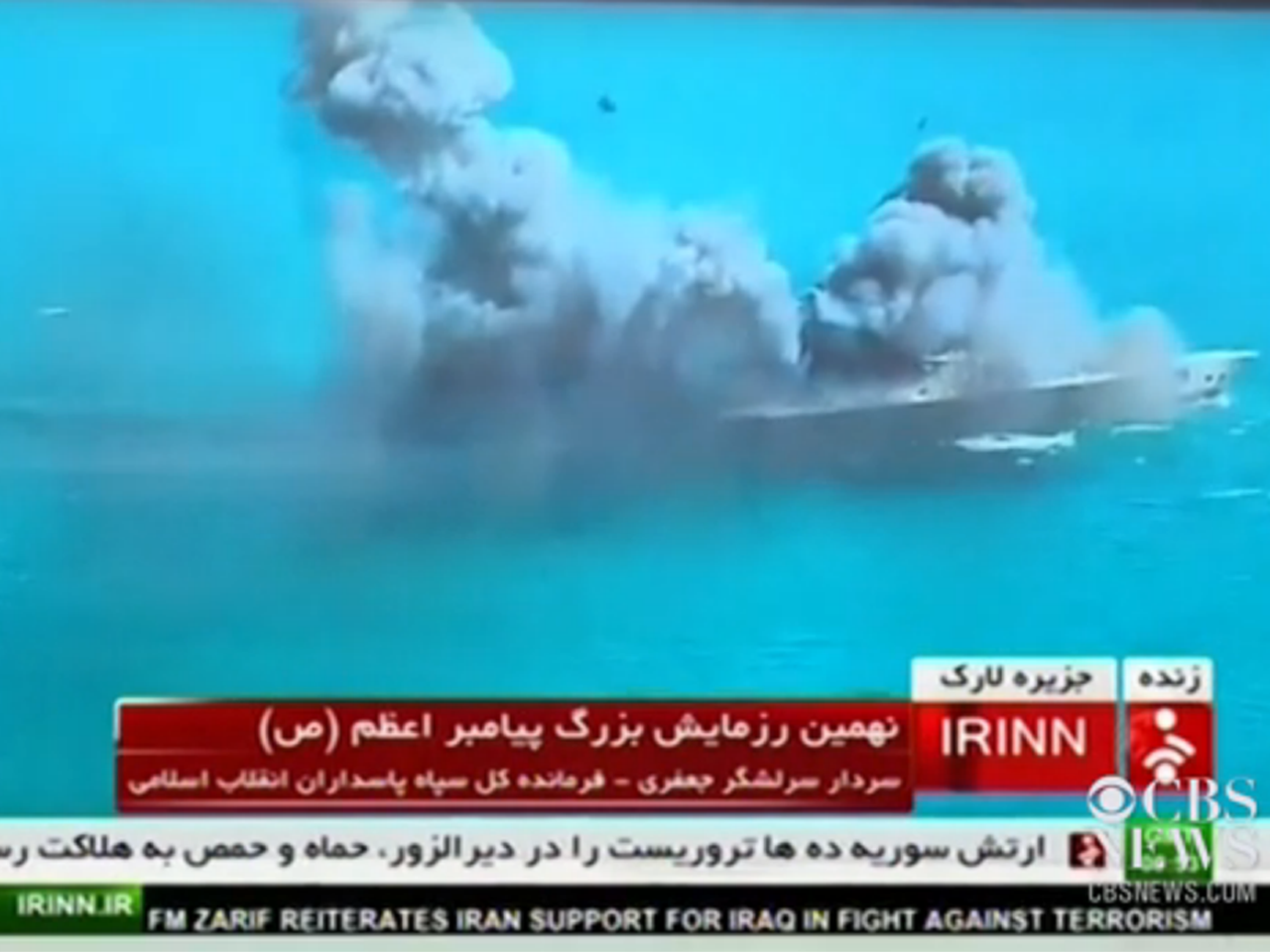 TEHRAN, Iran -- Iran's Revolutionary Guard launched large-scale naval and air defense drills near a strategic Gulf waterway on Wednesday in which dozens of speedboats swarmed a replica of a U.S. aircraft carrier.

The drill, named Great Prophet 9, was held near the Strait of Hormuz, through which one fifth of the world's oil passes. Iran's regular army carried out naval drills near the strait in December.

State TV showed footage of missiles fired from the coast and the fast boats striking the mock U.S. aircraft carrier. The drills, which also included shooting down a drone and planting undersea mines, were the first to involve a replica of a U.S. carrier.

"American aircraft carriers are very big ammunition depots housing a lot of missiles, rockets, torpedoes and everything else," the Guard's navy chief, Adm. Ali Fadavi, said on state TV, adding that a direct hit by a missile could set off a large secondary explosion. Last month Fadavi said his force is capable of sinking American aircraft carriers in the event of war.

The Guard's chief commander, Gen. Mohammad Ali Jafari, said the drills send a "message of (Iran's) might" to "extraterritorial powers," a reference to the United States.

Cmdr. Kevin Stephens, the spokesman for the U.S. Navy's 5th Fleet in Bahrain, said the Iranian naval exercises began a few days ago and have had no effect on maritime traffic.

Stephens said the Americans were monitoring the drills, but downplayed the simulated attack on the carrier, saying the U.S. military was "not concerned about this exercise."

"We're quite confident of our naval forces' ability to defend themselves," he said. "It seems they've attempted to destroy the equivalent of a Hollywood movie set."

Iran is currently negotiating an agreement over its disputed nuclear program with the United States and five other world powers. The two sides hope to reach a framework agreement next month and a final deal in June.