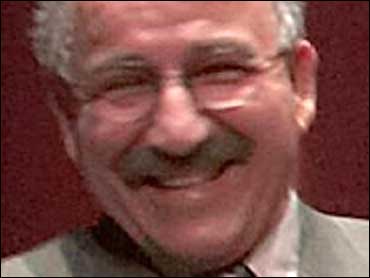 Iran has released Iranian-American peace activist Ali Shakeri after he spent four months in a Tehran prison on charges he was trying to stir up a revolution, a judiciary spokesman said Tuesday.

Shakeri is the fourth Iranian-American released by Iran since August after being accused of endangering national security - claims they, their families and their employers deny.

The charges have increased tensions between the United States and Iran, already high over U.S. accusations that Iran is seeking to develop a nuclear weapons and is fueling violence in Iraq. Iran denies both claims.

But in recent weeks, the country has shown a change of heart toward the cases against the four dual citizens, and Tuesday's announcement comes as Iranian President Mahmoud Ahmadinejad is in New York to attend the U.N. General Assembly.

The hardline president's visit has created a stir in New York, where thousands have protested his visit. During a harsh introduction to a speech Ahmadinejad gave at Columbia University on Monday, university President Lee Bollinger said he acted like "a petty and cruel dictator" and criticized Iran's arrest of the dual citizens.

"The (recent) arrest and imprisonment of these Iranian-Americans for no good reason is not only unjustified, it runs completely counter to the very values that allow today's speaker to even appear on this campus," Bollinger said.

Shakeri, a businessman and member of a California-based democracy group, the Center for Citizen Peacebuilding, had been on his way back from visiting his mother, who died while he was in Iran, when he was jailed in Tehran's Evin prison four months ago.

"He was released based on 1 million rials (about $110,000) bail last night. Shakeri is able to travel abroad if a related judge permits him," Mohammad Shadabi, a spokesman for the judiciary, told The Associated Press.

Shakeri's release comes less than a week after Iran released Kian Tajbakhash, an urban planning consultant with the New York-based Soros Foundation's Open Society Institute, from Evin prison where he had been jailed for four months.

In August, Iranian-American academic Haleh Esfandiari, who is the director of the Washington-based Woodrow Wilson International Center for Scholars, was also released from the Evin prison. She has since returned to the United States.

Iran also this month allowed another Iranian-American, journalist Parnaz Azima, to leave the country after being trapped since authorities confiscated her passport in January. Authorities never imprisoned Azima but prevented her from leaving.

Also this week in a separate case, the Iranian government said it would allow the wife of a missing American who once worked for the FBI to travel to Iran even though it has no information on his whereabouts.

Robert Levinson was last seen March 8 on Kish Island, a resort off the southern coast of Iran, where he had gone to seek information on cigarette smuggling for a client of his security firm. His wife believes he did not leave Iran.

Some analysts have said that government has released the Iranian-Americans because they were no longer useful and was hurting the country's image abroad. The arrests and detentions received considerable media attention and were condemned by human rights groups, other academics and the U.S. government.