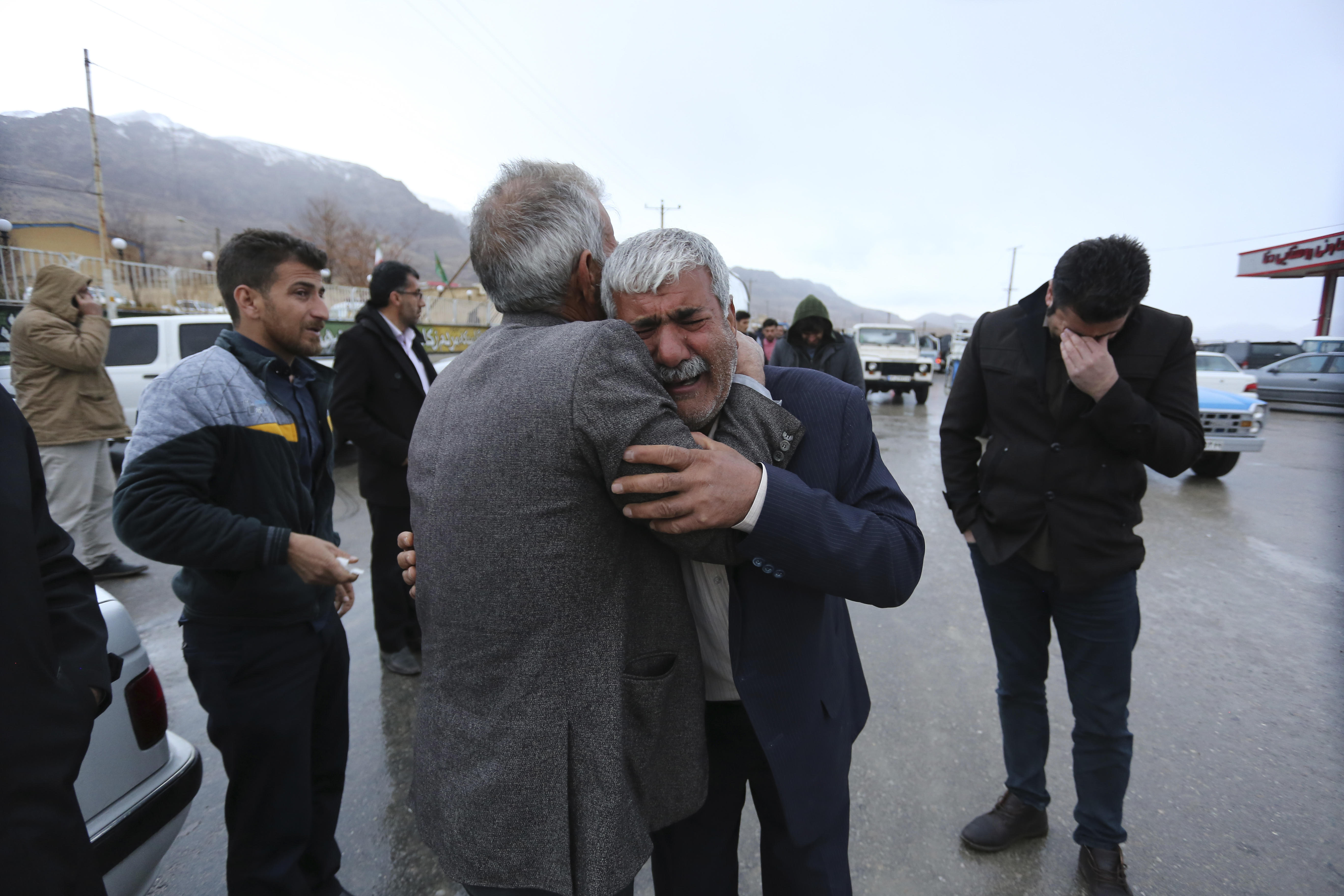 TEHRAN, Iran -- An Iranian commercial plane crashed on Sunday in a foggy, mountainous region of southern Iran, killing all 65 people on board, state media reported. An Aseman Airlines ATR-72, a twin-engine turboprop used for short-distance regional flying, went down near its destination of the southern Iranian city of Yasuj, some 485 miles south of the Iranian capital, Tehran.

IRNA reported Sunday night that one passenger did not make the flight. That puts the toll at 65, with 59 passengers and six crew members killed. Authorities initially said the crash killed 66.

Due to foggy condition, rescue helicopters couldn't reach the crash site in the Zagros Mountains, state TV reported. Tabatabai said the plane crashed into Mount Dena, which is about 14,435 feet tall.

Aseman Airlines, owned by Iran's civil service pension foundation, is a semi-private air carrier headquartered in Tehran that specializes in flights to remote airfields across the country. It also flies internationally. It is Iran's third-largest airline by fleet size, behind state carrier Iran Air and Mahan Air. However, Aseman Airlines is banned from flying in the European Union over safety concerns.

The carrier has a fleet of 29 aircraft, including six ATR aircraft, according to FlightRadar24, a plane-tracking website. The ATR-72 that crashed Sunday had been built in 1993, Aseman Airlines CEO Ali Abedzadeh told state TV.

Iran has struggled to import spare parts to repair and maintain its planes due to international sanctions imposed over the country's nuclear program, BBC News reports.

Aseman Airlines has suffered other major crashes with fatalities. In October 1994, a twin-propeller Fokker F-28 1000 commuter plane flown by the airline crashed near Natanz, 180 miles south of Tehran, also killing 66 people on board. An Aseman Airlines chartered flight in August 2008, flown by an Itek Air Boeing 737, crashed in Kyrgyzstan, killing 74 people.

The Iranian Red Crescent said it has deployed to the area. Authorities said they would be investigating. Locals described hearing the crash, though no one had found the crash site yet, according to state TV.

European airplane manufacturer ATR, a Toulouse, France-based partnership of Airbus and Italy's Leonardo S.p.A., said it had no immediate information about the crash. The manufacturer specializes in regional turboprop aircraft of 90 seats or less.

Following the 2015 landmark nuclear deal with world powers, Iran signed deals with both Airbus and Boeing to buy scores of passenger planes worth tens of billions of dollars. U.S. politicians have expressed concern about the airplane sales to Iran. President Trump remains skeptical of the atomic accord overall and has refused to re-certify it, putting the deal in question.

Home to 80 million people, Iran represents one of the last untapped aviation markets in the world. However, Western analysts are skeptical that there is demand for so many jets or available financing for deals worth billions of dollars.

In April 2017, ATR sealed a $536-million sale with Iran Air for at least 20 aircraft. Chicago-based Boeing also signed a $3 billion deal that month to sell 30 737 MAX aircraft to Aseman Airlines.

Iran has suffered a series of major airplane crashes in recent decades. The last major airliner crash in Iran happened in January 2011, when an Iran Air Boeing 727 broke to pieces on impact while trying an emergency landing in a snowstorm in northwestern Iran, killing at least 77 people.

In July 2009, a Russian-made jetliner crashed in northwest Iran shortly after taking off from the capital, killing all 168 on board. A Russian-made Ilyushin 76 carrying members of the Revolutionary Guard crashed in the mountains of southeastern Iran in February 2003, killing 302 people aboard.

In February 1993, an Iranian airliner with 132 people onboard collided with an air force jet after takeoff from Tehran's main airport, killing everyone on board the two aircraft. And in July 1988, the USS Vincennes in the Strait of Hormuz mistook an Iran Air flight heading to Dubai for an attacking fighter jet, shooting down the plane and killing all 290 people onboard.