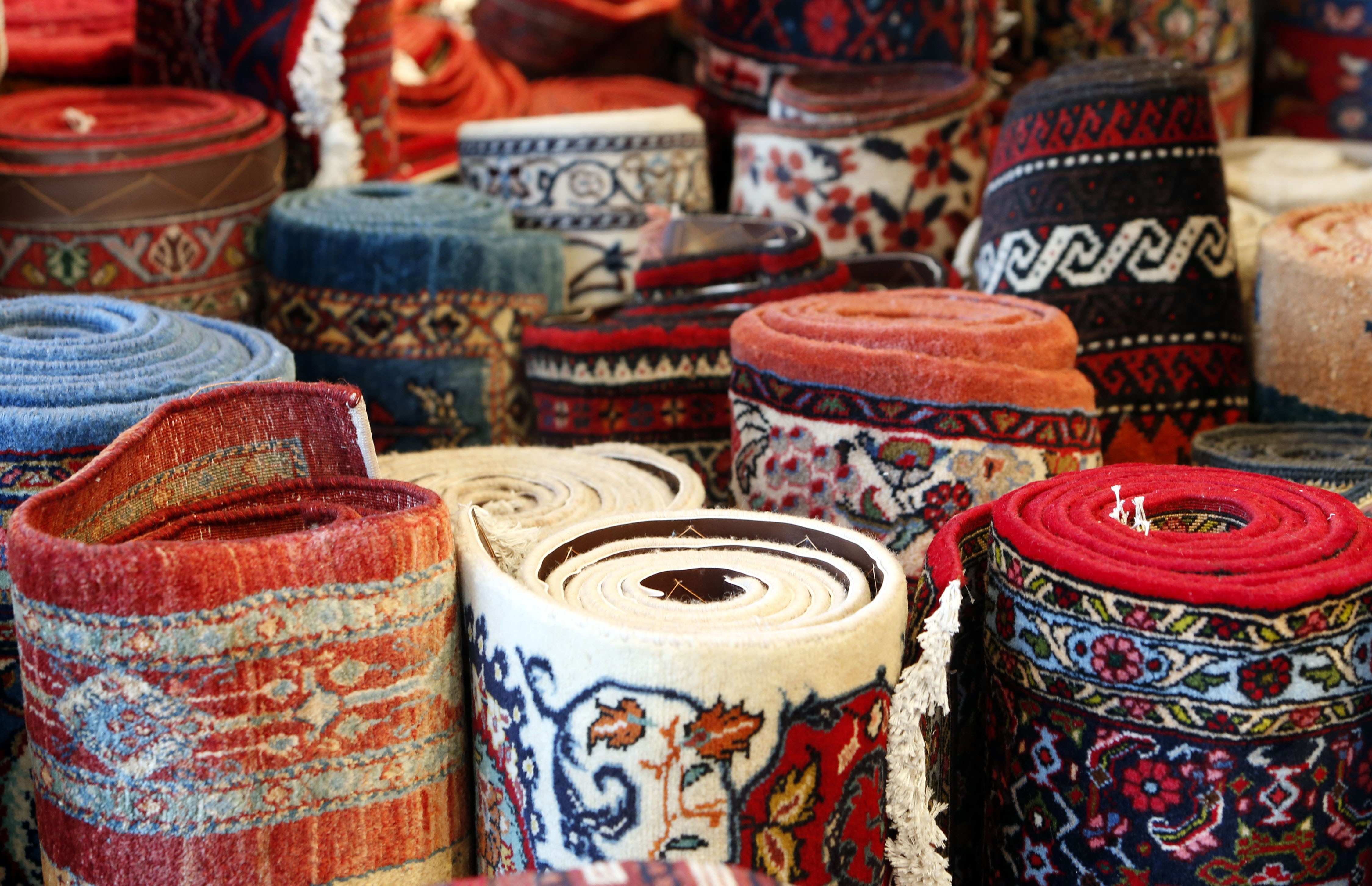 TEHRAN, Iran -- Iran's famed carpet weavers are busy at work following the country's historic nuclear deal with world powers, anticipating a boost in exports as sanctions are set to be lifted in the months ahead.

"The Persian hand-woven carpet is Iran's ambassador. I'm delighted that the ambassador is in the process of resuming work in the U.S.," exporter Jila Rassam Arabzadeh said this week. "The Persian carpet is like the Iranian flag, known all over the world. Let our flag fly."

The landmark July 14 nuclear accord between Iran and six world powers - the U.S., Britain, France, Russia, China and Germany - is meant to curb Tehran's nuclear program in exchange for lifting crippling international sanctions. As part of the deal, the U.S. will resume imports of Iranian carpets, which were halted in 2010.

Persian carpets were the Iranian non-oil commodity that suffered most as a result of sanctions.

The U.S. market had made up one-fifth of Iran's carpet exports. Hamid Kargar, president of Iran's national carpet center, said producers in the Islamic republic are already making carpets with Americans in mind and are hopeful that trade will resume next year.

"People in the carpet business have begun to produce carpets suiting the taste of the American market, receiving orders and negotiating with customers," he said. "Since 2010, we lost one-fifth of our exports because we were deprived of the U.S. market. Our rivals replaced Iran. However, we expect that Americans will welcome Persian carpets again because of its unique designs and colors."

The Islamic republic was once the world's biggest carpet exporter but the industry has been hampered by the sanctions and competition from cheaper Indian, Pakistani and Chinese copies of traditional Iranian patterns.

Arabzadeh, the carpet exporter, said she is preparing to respond to a variety of American customers.

"Americans and Canadians prefer light colors but the older generations go for darker ones. We are reassessing to meet the demands of our American customers," she said.

In 2000, Iran shipped a giant hand-woven carpet to the king of Oman worth $5.2 million. In 2006, Iran produced the world's largest hand-woven floor covering, worth $8.5 million, for the Sheik Zayed Mosque in Abu Dhabi, the United Arab Emirates.

However, in past decades, the U.S. itself has become a major pistachio producer and Iranian imports face 300 percent duties. The tax was imposed to protect American producers, according to Mohsen Jalalpour, head of Iran's Chamber of Commerce.

He's confident, though, that Iranian pistachios have a special advantage.

"Americans like the taste of Iranian pistachios more than that of their own," he said.