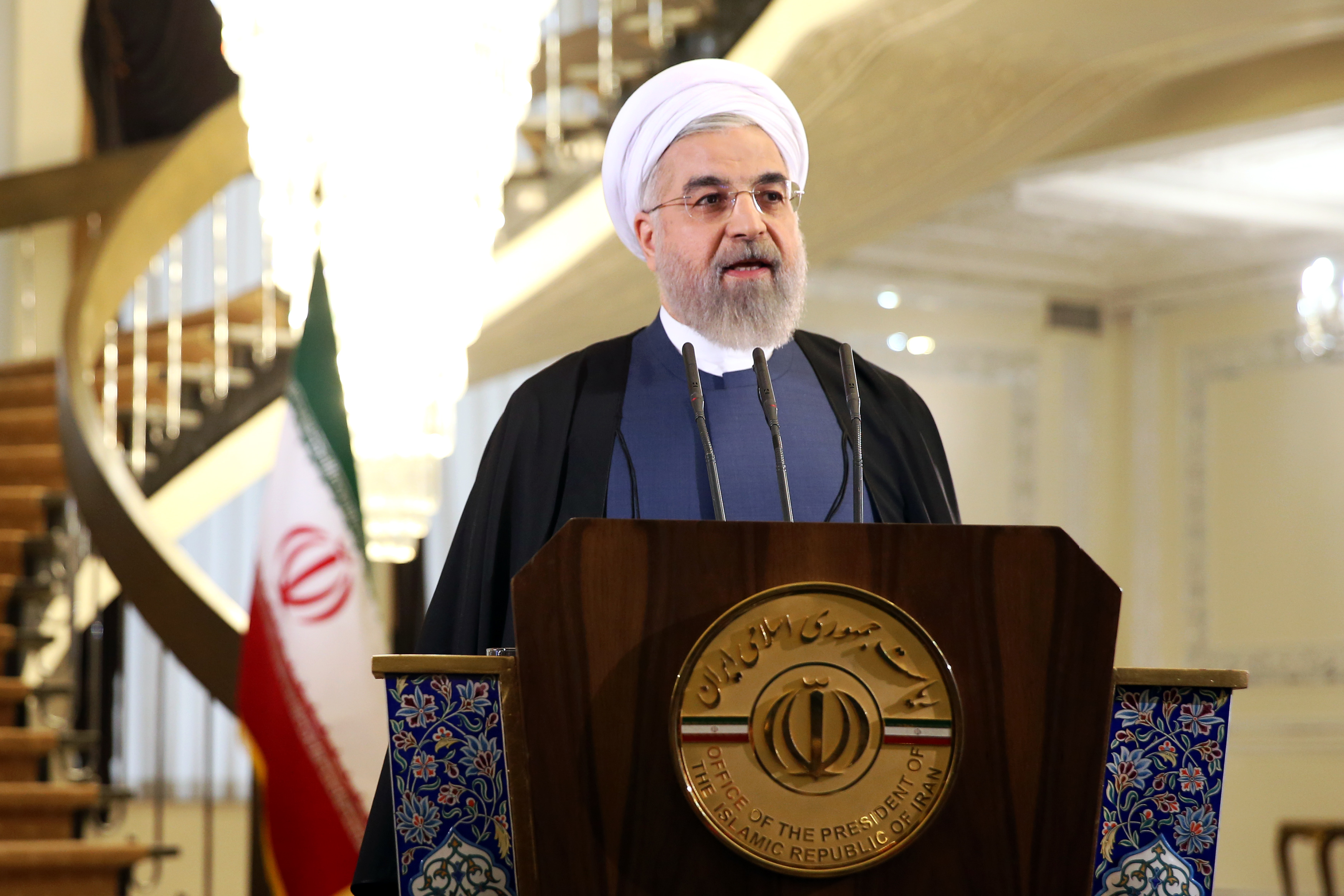 TEHRAN, Iran -- Iran's parliament voted Tuesday to support implementing a landmark nuclear deal struck with world powers despite hard-line attempts to derail the bill, suggesting the historic accord will be carried out.

The bill will be reviewed by Iran's 12-member Guardian Council, a group of senior clerics who could return it to lawmakers for further discussion. However, Iran's Supreme Leader Ayatollah Ali Khamenei, who has the final say on key policies, has said it is up to the 290-seat parliament to approve or reject the deal.

"Members of parliament made a well-considered decision today showing they have a good understanding of the country's situation," Mohammad Bagher Nobakht said. "We hope to see acceleration in progress and development of the country from now on."

The European Union's foreign policy chief Federica Mogherini, who helped facilitate the nuclear talks, also praised the vote as "good news" in a message on Twitter.

In the parliamentary session carried live by state radio, 161 lawmakers voted for implementing the nuclear deal, while 59 voted against it and 13 abstained. Another 17 did not vote at all, while 40 lawmakers did not attend the session.

A preliminary parliamentary vote Sunday saw 139 lawmakers out of the 253 present support the outline of the bill. But despite getting more support Tuesday, hard-liners still tried to disrupt the parliament's session, shouting that Khamenei himself did not support the bill while trying to raise numerous proposals on its details.

"This decision has no link to the leader!" shouted Mahdi Kouchakzadeh, a hard-line lawmaker who rushed toward the front of parliament to yell at speaker Ali Larijani. "It is a decision by Larijani and we oppose it!"

The bill grants responsibility for implementing the deal to Iran's Supreme National Security Council, the top security body of the country, which Rouhani heads. It allows Iran to withdraw from the agreement if world powers do not lift sanctions, impose new sanctions or restore previous ones.

"The government is obligated to stop its voluntary cooperation if the other side fails to remain committed," the bill says.

The bill also requires the Iranian government to work toward the nuclear disarmament of Israel, which has the region's sole, if undeclared, nuclear arsenal. The bill also says the government should take "necessary measures" to prevent the U.S. and the West from penetrating the country through the deal, a worry mentioned by Khamenei himself in recent weeks.

Hard-liners had hoped to stall the deal in order to weaken Rouhani's moderate administration ahead of February's parliamentary elections. But many in Iran applauded the final nuclear deal, struck July 14 in Vienna, as it would lift crippling economic sanctions in exchange for limits on the nuclear program.

The U.N. Security Council previously approved the deal on July 20 and the U.S. Congress blocked efforts by Republicans to derail the accord in September. That left Iran to approve the deal, which came after nearly two years of negotiations between it and the United States, Britain, France, Russia, China and Germany.

It was not immediately clear Tuesday when the Guardian Council would issue its own decision. However, it usually approves bills in a short span after a decision by parliament. While Khamenei himself has neither supported nor rejected the deal in public, he frequently praised Iran's negotiators during the talks.

Saeed Leilaz, a Tehran-based political analyst, told The Associated Press that he believed the Guardian Council would approve the bill. He dismissed the hard-liner anger as a "domestic maneuver" ahead of the February election.

"The entire system has been supporting the deal," Leilaz said. "The case is over. The deal should be implemented."

Last month, Rouhani told "60 Minutes" correspondent Steve Kroft that the deal was reached thanks to compromise on both sides.

"The result of this agreement benefits everyone, benefits both sides, because we have been able to reach an understanding, an agreement, on a very complicated issue at the negotiating table and be able to prevent misunderstandings, and take the first step towards trust," Rouhani said.