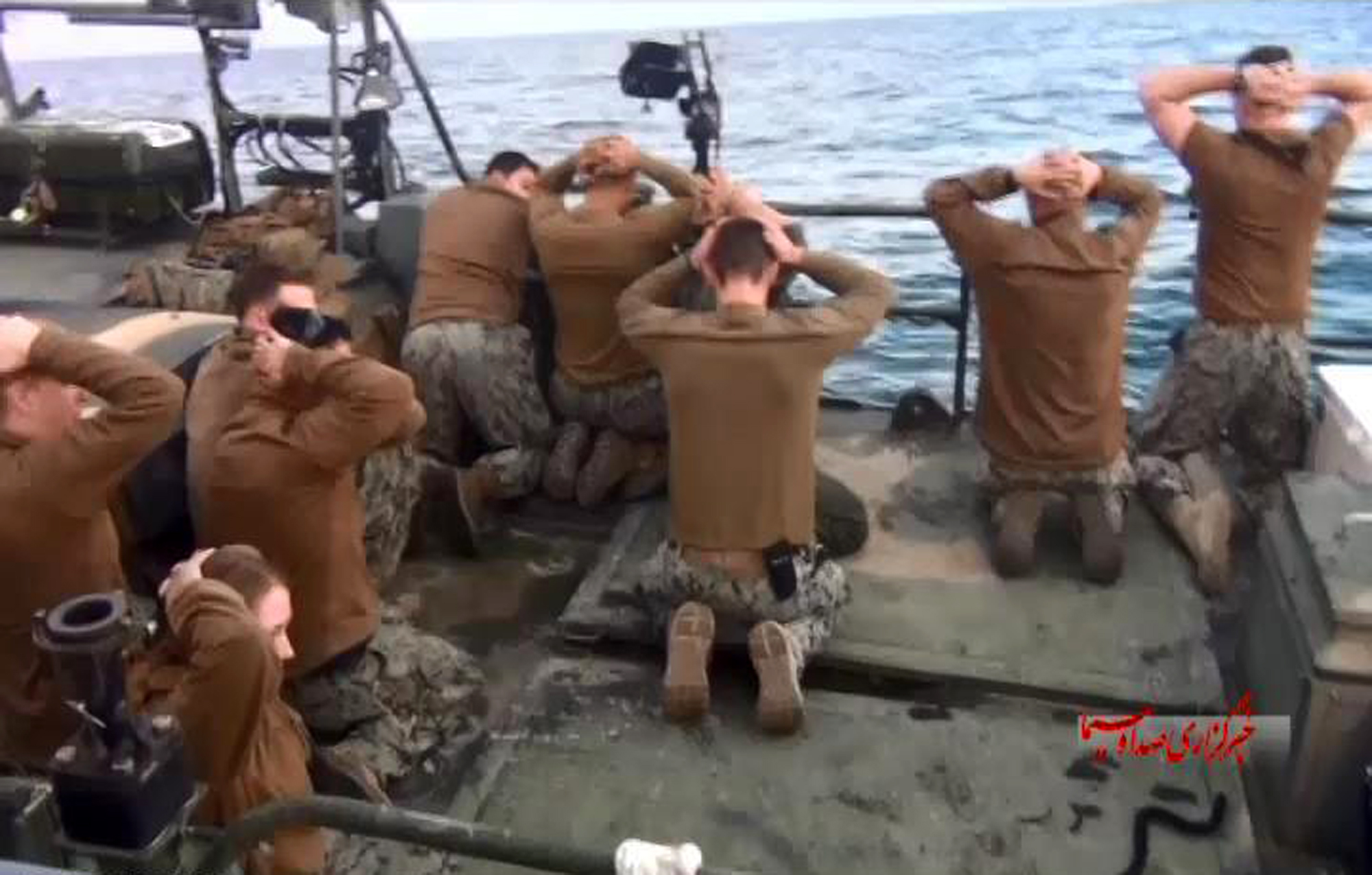 TEHRAN, Iran - Iran has retrieved thousands of pages of information from devices used by U.S. Navy sailors who were briefly detained in January, the country's state television reported Tuesday.

The report quotes Gen. Ali Razmjou, a naval commander in the powerful Revolutionary Guard, as saying that information filling about 13,000 pages was retrieved from laptops, GPS devices and maps.

Razmjou said the move falls within Iran's rights under international regulations, and that the information recovered could be used in "various fields." Iranian authorities returned all the devices taken from the Americans even though it had the right to confiscate them, he said.

The Guard plans to publish a book on the incident based on international reactions and coverage of the event, Razmjou added.

The U.S. Navy's Bahrain-based 5th Fleet, which is responsible for American naval forces in the Gulf, said it was aware of the report but had no immediate comment.

The sailors, nine men and one woman, were detained for less than a day in January after they drifted into Iranian waters off Farsi Island, an outpost in the middle of the Persian Gulf that has been used as a base for Revolutionary Guard speedboats since the 1980s.

Vice President Joe Biden, speaking to "CBS This Morning," denied that Americans made any apology.