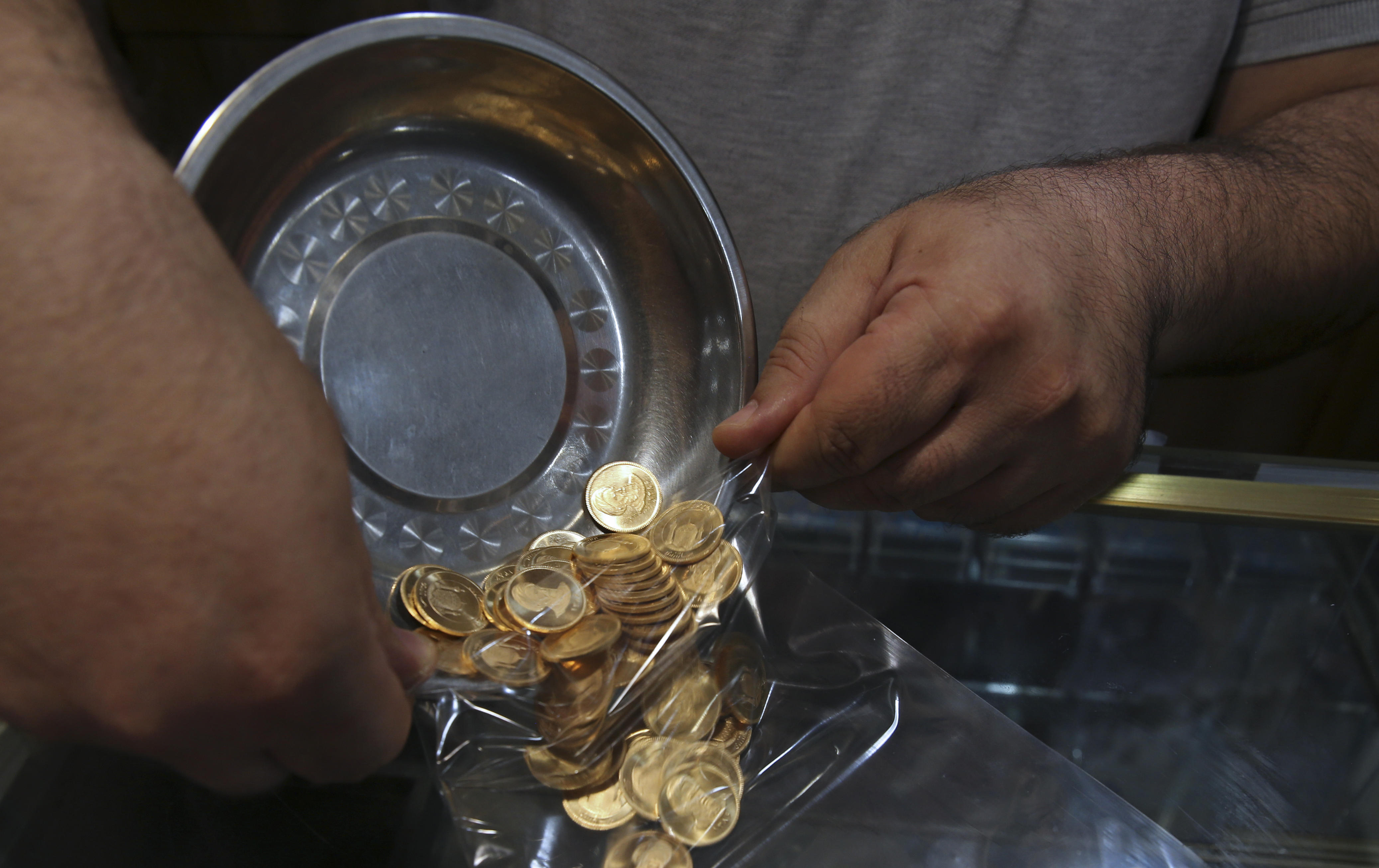 TEHRAN, Iran -- Iran executed the so-called "Sultan of Coins" and his accomplice on Wednesday for hoarding gold coins and other hard currency, signaling zero tolerance as it tries to shore up its currency in the face of an economic crisis.

State TV reported that Vahid Mazloumin and his accomplice, Mohammad Ismail Ghasemi, were hanged early Wednesday. They were convicted of manipulating coin and hard currency markets through illegal and unauthorized deals as well as smuggling. An unspecified number of other accomplices went to prison.

Iranians have stocked up on gold coins and other safe-haven investments as the local currency has plummeted in recent months amid renewed U.S. sanctions following President Donald Trump's withdrawal from the 2015 nuclear deal in May.

Last week, President Hassan Rouhani said the Islamic Republic's already-ailing economy was in a "war situation" thanks to the U.S. sanctions.

Sporadic protests over the deteriorating economy have erupted in recent months.

The Trump administration is hoping the tough sanctions will put sufficient pressure on Iran's leaders to bring them back to the negotiation table to make changes to the 2015 nuclear deal agreed under former President Barack Obama.

Since before he was even elected, Mr. Trump has lambasted the multi-national agreement as giving too much economic relief to Iran in exchange for too little oversight of the country's nuclear and missile programs. The White House also says the deal failed to address Iran's nefarious activities around the world, including alleged material backing for Islamic extremist groups from Syria and Lebanon to Yemen.