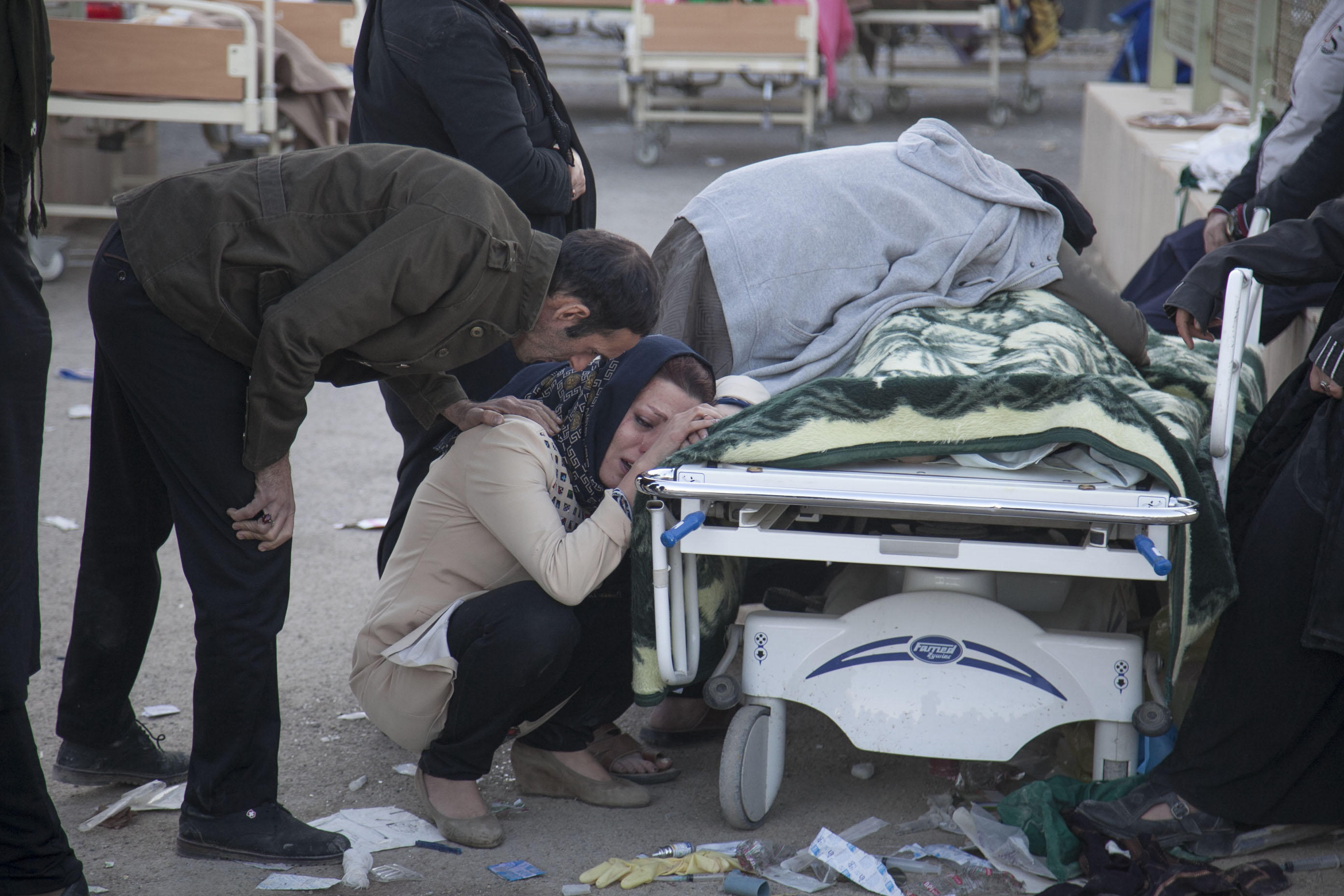 TEHRAN, Iran -- A powerful 7.3 magnitude earthquake near the Iraq-Iran border killed over 400 people across both countries, sent residents fleeing their homes into the night and was felt as far away as the Mediterranean coast, authorities said Monday.

Iran's western Kermanshah province bore the brunt of the temblor Sunday night, with authorities saying the quake killed 407 people in the country and injured 6,700. CBS News correspondent Holly Williams says the quake hit a poor, mountainous agricultural region, where 70,000 people have been left in need of emergency shelter -- just as winter closes in.

They're still searching for survivors, according to local media.

The earthquake killed at least seven people in Iraq and injured 535 there, all in the country's northern, semiautonomous Kurdish region, according to Iraq's Interior Ministry.

The powerful quake was centered 19 miles outside the eastern Iraqi city of Halabja, according to the most recent measurements from the U.S. Geological Survey. It struck at a depth of 14.4 miles, a shallow depth that can result in broad damage. Magnitude 7 earthquakes in general are capable of widespread, heavy damage.

The shaker was also felt in parts of Turkey and Israel, the Reuters news agency reports.

Electricity was cut off in several Iranian and Iraqi cities, Reuters says.

Iranian social media and news agencies showed images and videos of people fleeing their homes into the night. Some 50 aftershocks followed.

"The night has made it difficult for helicopters to fly to the affected areas and some roads are also cut off... we are worried about remote villages," Reuters quotes Iranian Interior Minister Abdolreza Rahmani Fazli as saying in an interview on state television.

Iranian Supreme Leader Ayatollah Ali Khamenei offered his condolences on Monday morning and urged rescuers and all government agencies to do all they could to help those affected, state media reported.

The semi-official ILNA news agency said at least 14 provinces in Iran had been affected by the earthquake.

Officials announced that schools in Kermanshah and Ilam provinces would be closed Monday because of the temblor.

Iran sits on many major fault lines and is prone to near-daily quakes. In 2003, a magnitude 6.6 earthquake flattened the historic city of Bam, killing 26,000 people. The last major casualty earthquake in Iran struck in East Azerbaijan province in August 2012, killing over 300 people.