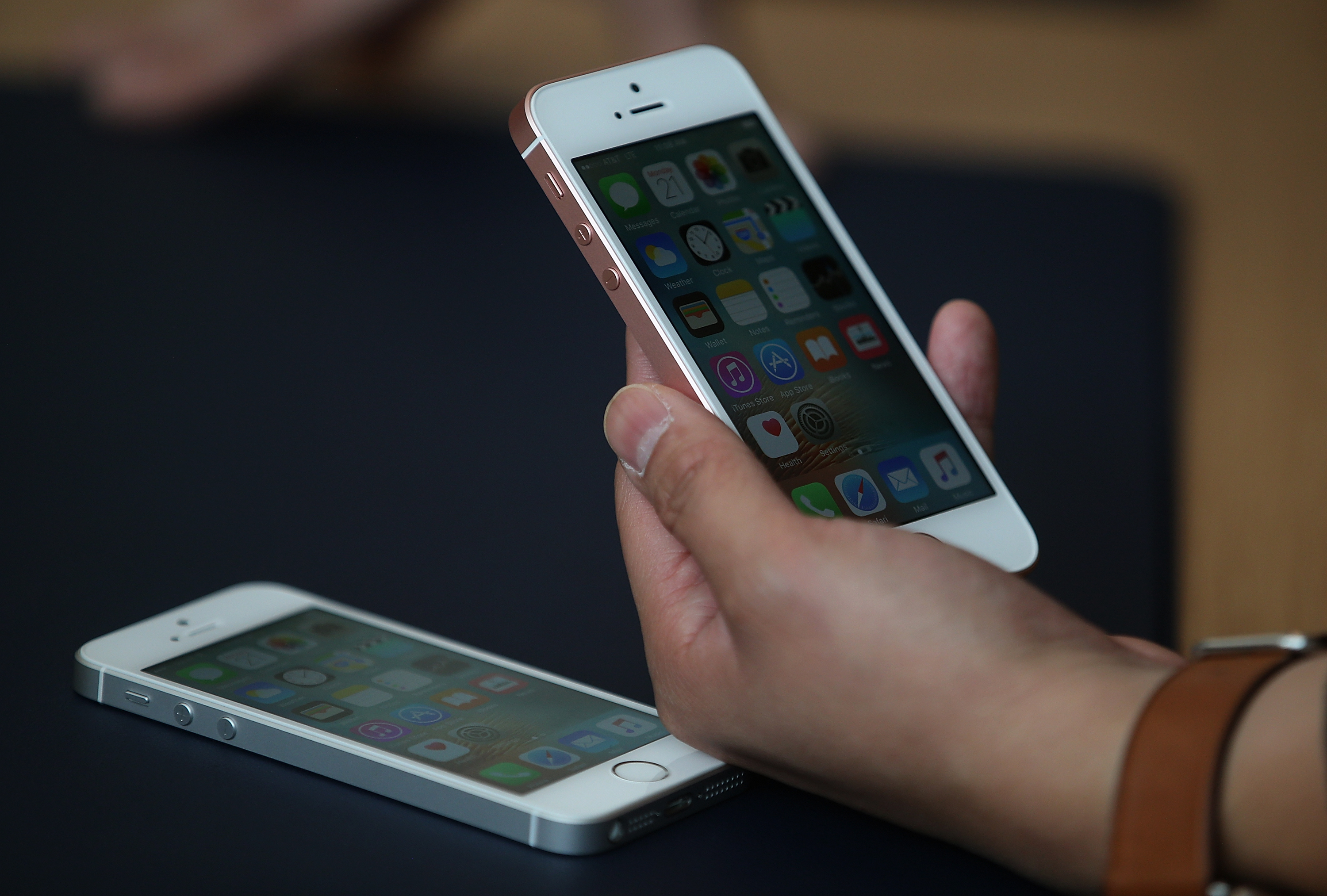 The day after Apple CEO officially introduced the 4-inch iPhone SE to the world, we're getting the first reviews -- or at least, the first impressions of tech reporters who got to test out the brand new phones.

What's the verdict? For the most part, they see the phone as an upgrade from the similarly sized iPhone 5s. The new device contains many of the features of the larger iPhone 6 and 6s models, but at a more affordable price.

CNET's Scott Stein got some hands-on experience with the new phone at the launch event Monday. He says it may look like an iPhone 5s, "but inside the specs have been massively upgraded."

"It has an A9 processor, 12 megapixel camera" -- all the processing and photographic power of the larger iPhone 6s -- along with current features like Apple Pay, wrapped in a smaller package.

Stein said it comes down to a matter of personal preference. "Take your pick, it's really about screen size."

But while the iPhone SE includes most of the prime features of the 6s, CNET's Matt Elliott points out a few that are missing. "Perhaps the biggest omission with the iPhone SE is 3D Touch. You won't be able to use pressure-sensitive gestures to access Peek and Pop previews and shortcut menus as you can on the iPhone 6S and 6S Plus," he writes. And while its rear-facing camera is just as great as the 6s's, its front-facing camera doesn't quite measure up, with 1.2 megapixels instead of 5.

"A compelling blend of old and new"

Engadget's Chris Velazco declared that the device combines the best of both new and older iPhone models into one smartphone.

"Apple took most of what was special about the iPhone 6s and stuck it into a close approximation of the handsome, chamfered body made famous by the iPhone 5," Velazco wrote in his review.

He found that the phone felt exactly like the iPhone 5s, but admired some features like the rose-gold color option and the sloped edges that now have a matte finish. Velazco appreciated that Apple did not attempt to re-invent the wheel. This phone is "startlingly familiar to long-time Apple fans," which is precisely the point."

"If you loved the iPhone 5s -- as I and apparently many others did -- the iPhone SE will feel like a compelling blend of old and new. For once, we're getting a small iPhone that doesn't feel like a second-class device. (I'm looking at you, iPhone 5c). In fact, the SE might in some cases run even better than the 6s and 6s Plus because the A9 has fewer pixels to move -- the SE's screen runs at 1,136 x 640," he wrote.

Over at Techradar.com, Darren Murph found the iPhone SE to be a phone "for those that love the smaller size but really wish they could have the power of a flagship phone."

"What's particularly special about the iPhone SE is its newness. Rather than Apple introducing a new hero device and pushing an older phone down-range (as it did when the iPhone 5S found itself selling for $0 on contract), the iPhone SE is a purpose-built device. It's small, relatively speaking, but it's also mighty," he wrote.

The 12-megapixel camera was a big selling point for the tech writer, given that it takes photos comparable to those taken by the 6s. As with other reviewers, Murph found the phone's exterior "svelte and sleek," and said "handling the iPhone SE is a lovely affair" given that it is much lighter compared to the larger 6s Plus.

Ultimately, he found the phone to be ideal fro those who wanted a powerful phone that doesn't break the bank and doesn't take up too much pocket space.

"It's the iPhone 5S but with the brains and brawn of the newer models, which will likely appeal to a great many iPhone fans - and many in the Android world looking for this size-and-power combo," he wrote.

"Small is the new black"

Over at The Verge, Dieter Bohn wrote that there isn't much to report on the new device other than what people already know about iPhones. This smartphone doesn't offer some new reinvention, it just improves upon past models.

Bohn wrote that the phone is "completely indistinguishable from the iPhone 5 and 5S," aside from the new rose gold option.

"For two years now, Apple's top-of-the-line iPhone made people accept the trend of larger phones -- but even though most people who made the switch felt fine with a 4.7-inch phone, there were bound to be some people that aren't," Bohn wrote. "For those people, the iPhone SE offers a modern, powerful update."

Bohn stressed that, with this new phone, going smaller is not a downgrade. It is on par with its larger counterparts, but fits better in a pocket or a bag.

"I just keep saying it because there's not much more to say: this looks like an iPhone -- and people who want that smaller size are going to really like it," he added.