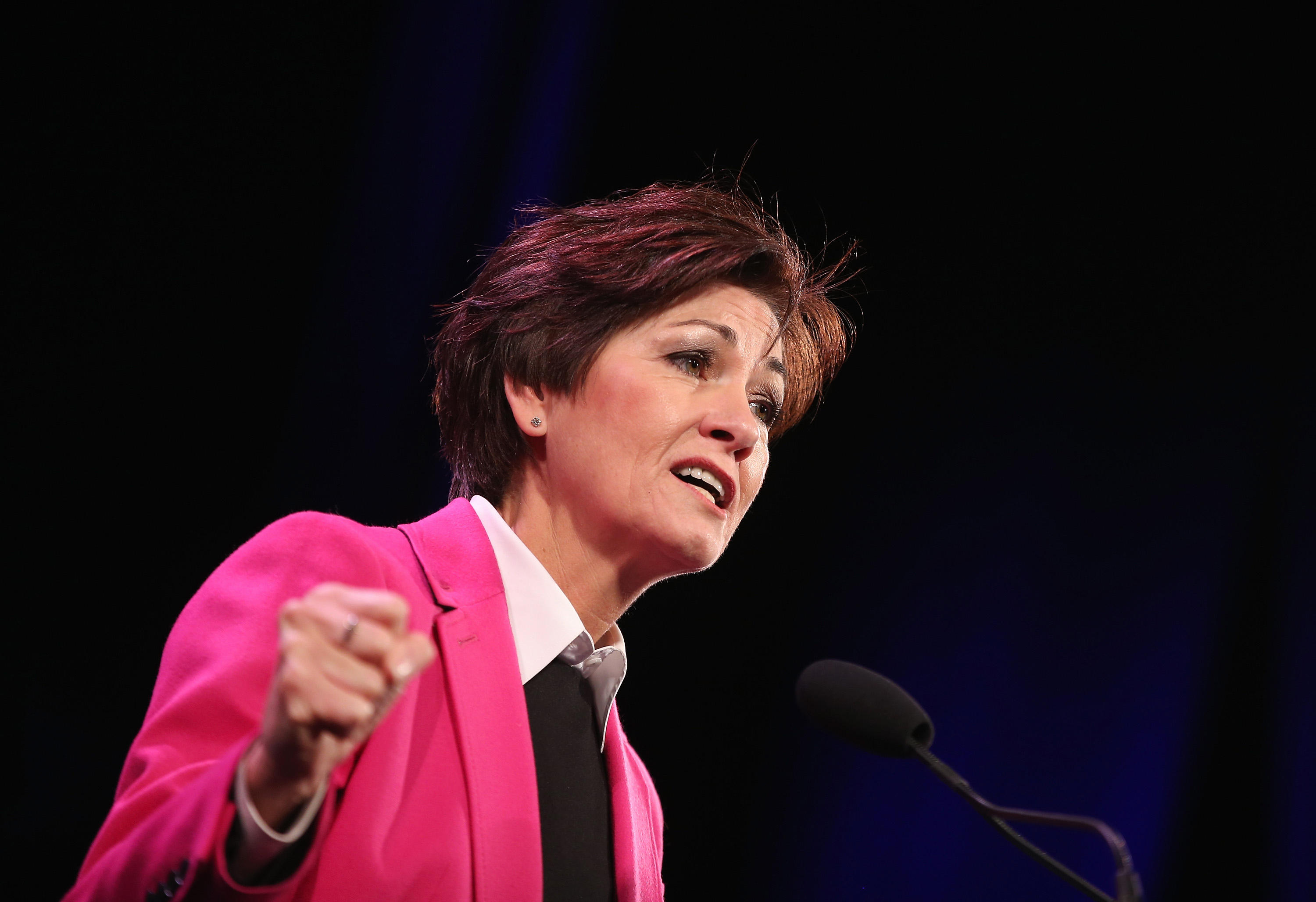 DES MOINES, Iowa -- Iowa Gov. Kim Reynolds signed a six-week abortion ban into law on Friday. It marks the strictest abortion regulation in the nation. It also sets the state up for a lengthy court fight. The Republican governor signed the bill in her formal office at the state Capitol.

Reynolds acknowledged the new law would likely be challenged in court, but said "this is bigger than just a law." As she signed the bill, protesters gathered outside her office chanted "my body, my choice!"

Reynolds issued a statement Friday saying "this is about life."

"I understand and anticipate that this will likely be challenged in court, and that courts may even put a hold on the law until it reaches the Supreme Court. However, this is bigger than just a law," she said in a statement.

"We couldn't be more pleased," DeWitte said. "She is following through on her pledge to the people of Iowa that she is 100 percent pro-life."

The bill signing came shortly after the Iowa affiliates of Planned Parenthood and the American Civil Liberties Union warned that they would sue the governor if she signed the bill, which the Republican-controlled Legislature quickly approved in after-hours votes earlier in the week.

"We will challenge this law with absolutely everything we have on behalf of our patients because Iowa will not go back," Suzanna de Baca, president and CEO of Planned Parenthood of the Heartland, said in a statement.

The legislation has propelled Iowa to the front of a push among conservative statehouses jockeying to enact restrictive regulations on the medical procedure. Mississippi passed a law earlier this year banning abortions after 15 weeks of pregnancy, but it's on hold after a court challenge.

The Iowa bill bans most abortions once a fetal heartbeat is detected, which is around six weeks of pregnancy. There are some exemptions that allow abortions at a later pregnancy stage to save a pregnant woman's life or in some cases of rape and incest.

Backers of the so-called "heartbeat" bill - which didn't get a single Democratic vote in the Legislature during final passage - expressed hope it could challenge Roe vs. Wade, the landmark 1973 U.S. Supreme Court ruling that established women have a right to terminate pregnancies until a fetus is viable. Conservatives say an influx of right-leaning judicial appointments under President Trump could make it a possibility.

Critics argued the bill would ban abortions before some women even know they're pregnant. That likely sets the state up for a legal challenge, including from the same federal appeals court that three years ago struck down similar legislation approved in Arkansas and North Dakota.

In Iowa, the same Republican-majority Legislature passed a 20-week abortion ban last year. It's now in effect, though a provision requiring a three-day waiting period to get an abortion is tied up in a lawsuit filed by Planned Parenthood and the ACLU. Still, Republican lawmakers indicated they would push for more restrictions this session.

Outside of Reynolds' office earlier Friday, critics of the bill began leaving coat hangers by her staff's desks. The protests followed the morning rally outside of the Capitol where more than 100 people showed up to oppose the legislation. One of them was Georgia Jecklin, a retired teacher who drove in from Davenport.

"As a 66-year-old woman, I feel very strongly that women have a right to their own body decisions," she said.