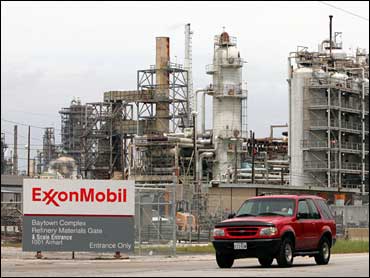 Support for climate-change proposals may be growing among investors in big U.S. companies.

Shareholder resolutions related to climate change more than doubled over the past five years, according to statistics gathered by a coalition of public interest groups, environmental organizations and pension funds. Moreover, the coalition, Boston-based Ceres, says support for those measures averaged more than 23 percent in 2008, a new high.

While that's not enough to pass a resolution, Ceres contends rising vote totals compel companies to act, like a plan by Ford Motor Co. to reduce greenhouse gas emissions 30 percent by 2020.

"It's an indication of movement," he said.

It was similar to what happened after shareholders voted against a climate change resolution last year, Allegheny spokesman Allen Staggers said.

"That proposal was rejected by stockholders. However, the company elected to prepare a report simply because it had been a timely issue," he said. "The chairman thought it was the right thing to do at the time."

Deciding to issue a report or take some other action, often with the side benefit of lowering costs or increasing efficiency, is an understandable reaction by companies, said Karen Schnatterly, an assistant professor of management at the University of Missouri.

"They look good," she said.

Support likewise has climbed from an average of 17.8 percent in 2006 and 21.6 percent last year. This year, support averaged 23.5 percent, according to Ceres.

Fewer than half the resolutions end up before shareholders. Ceres says 26 went to a vote in 2008, and 25 were withdrawn after companies agreed to address the issue. Five others were withdrawn by proponents due to technicalities or left out of proxy statements by the Securities and Exchange Commission.

Despite Ceres' claims of success, so far none of the proposals has come close to passing. The best showing the group can cite is a resolution rejected by the owners of better than 60 percent of Pittsburgh-based coal mine operator Consol Energy shares.

Thus far, Bakal said he knows of no action by Consol despite the relatively high level of shareholder support.

"We produce coal and natural gas," Hoffman said. "It just doesn't seem to us that there is a whole lot of value to shareholders to do a study to tell them what they already know."

"I don't think it's caught on yet," Elson said.