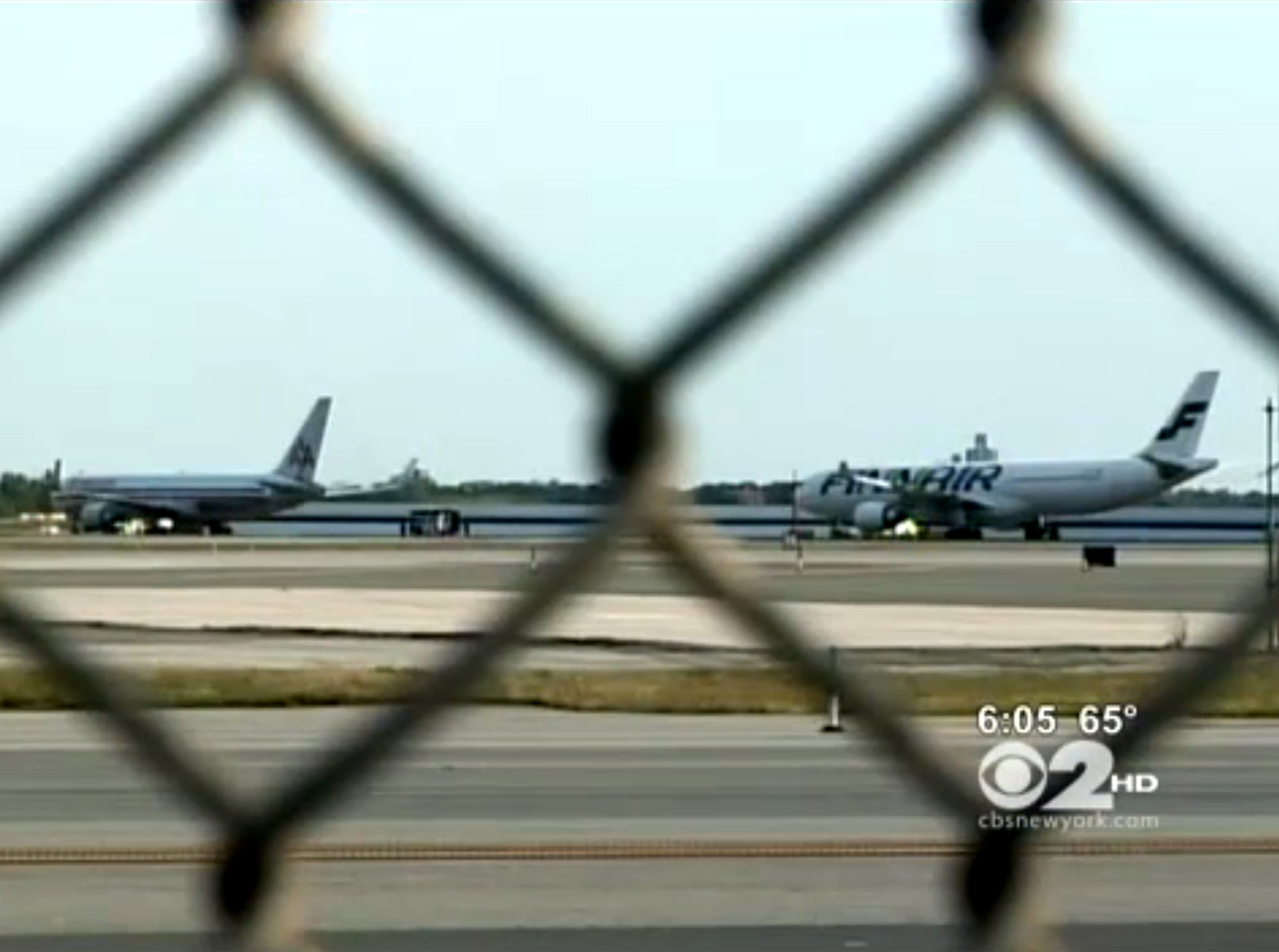 (CBS News) NEW YORK -- Investigators are wondering why a plane suspected of carrying bombs and terrorists was mistakenly allowed to go to a John F. Kennedy airport gate instead of being sent to an isolated impound area last week.

The bomb scare turned out to be a hoax but Port Authority and security officials say the mix-up should never have happened, CBS New York affiliate WCBS reports.

Two packed planes were isolated on the tarmac on September 17 after authorities got an anonymous call claiming there were explosives on the planes and terrorists in the wheel wells. But those weren't the right planes.

Sources told WCBS the wrong plane was sent to the impound area and the plane that received the threat was allowed to taxi right up to the gate.

If the calls were not a hoax but a real terror situation, Strang said it could have wrecked havoc in the secure zone at JFK and possible other airports all over the world.

"If you have terrorists infiltrate that zone, they can get in planes. Not only in that airport, but then they can take planes to other airports and get in other airplanes and it's something we've thought about, something we know is a big problem," Strang said.

The threat from the unidentified caller named two planes: an American Airlines flight from San Francisco and a Finnair flight from Chicago, sources told WCBS.

Another Helsinki slights landing at the same time was mistakenly put in the quarantine, allowing the Chicago Finnair flight to go to the gate.

A report by the Port Authority Inspector General is expected by the end of the week.