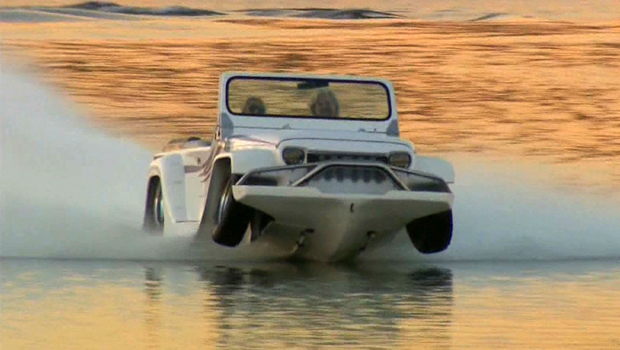 What started as a weekend project for David March and his son has turned into one for the record books.

"We've been working for years and years to be able to get these to perform like a boat on the water and like a car on the street," March said. "As soon as we had one that worked, we put a video on the Internet, and it went worldwide, just viral immediately."

The entrepreneur named the vehicle the Panther. It's now rated the fastest amphibious car in the world.

Last Saturday, March made waves, driving on his first trip to Catalina Island.

"Going on the road for 15 miles and then being able to hit the water and go 30 miles across with nothing breaking and just cruising across … made it in an hour and 10 minutes on 10 gallons of gas," he said.

March says he has pre-sold dozens to Silicon Valley workers and to princes in Dubai.

"People are willing to wait a year," he said, "which is pretty phenomenal."