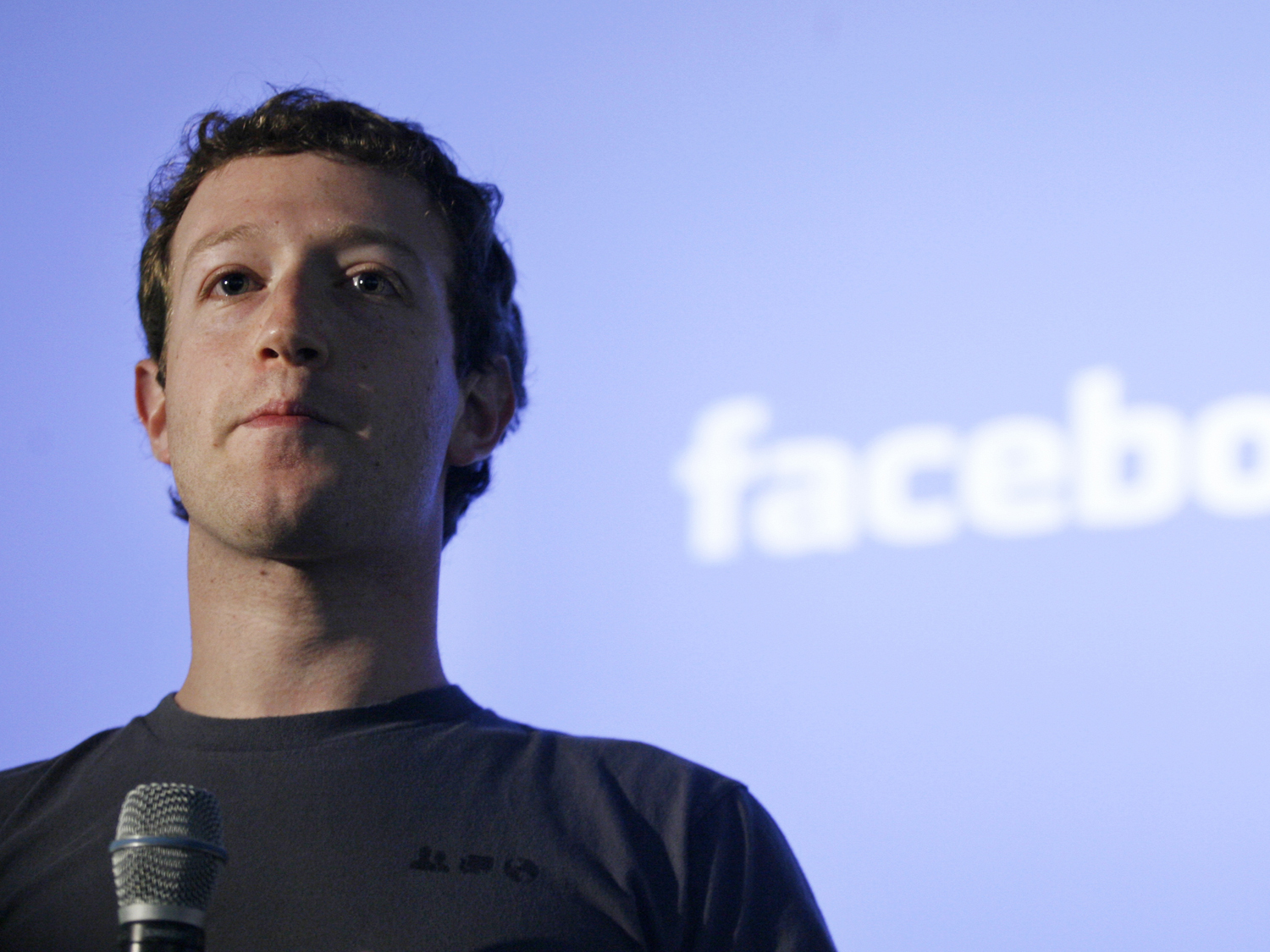 Update: 7 PM ET - Toward the end of his life, Steve Jobs offered advice to Mark Zuckerberg about how to improve Facebook's focus and make sure the company had the right people in place.

"I had a lot of questions for him," Zuckerberg said in an interview with PBS's Charlie Rose that's due to air today.

"How to build a team around you, right, that's focused on building as high quality and good things as you are. How to keep an organization focused, right, when I think the tendency for larger companies is to try to fray and go into all these different areas. Yeah, I mean a lot just on the aesthetics and kind of mission orientation of companies. I mean, Apple is a company that is so focused on just building p;roducts that -- for their customers and their users. And - and that's like -it's such a deep part of their mission to build these beautiful products for their users. And I think we connected a lot on this level of, okay, Facebook has this mission that's really more than just trying to build a company, right, that has a market cap or a value. It's like we're trying to do this thing in the world. And I don't know, a lot of it I just think we connected on that level."

Jobs died on Oct. 5. But Zuckerberg told Rose that the two men talked about "the aesthetics and kind of mission orientation of companies." It's unclear when they met but in a just-published biography, author Walter Isaacson quoted Jobs as saying that he admired Zuckerberg for not "selling out."

"I know that's one of the ways in which - in which we saw eye to eye on kind of what we were trying to do in the world," Zuckerberg said in the interview.

Zuckerberg also used the occasion to play down speculation that a brewing platform war for Amazon, Apple, Facebook and Google was inevitable.

"People like to talk about war. There are a lot of ways in which the companies actually work together. there are real competitions in there but I don't think that this is going to be the kind of situation where one company wins all the stuff." Pressed by Rose, who noted that the companies are already nibbling at what had been considered each others' turf, Zuckerberg refused to take the bait.

"You know, Google I think in some ways is more competitive and certainly is trying to build their own little version of Facebook But when I look at Amazon and Apple, I see companies who were extremely aligned with us. And we have a lot of conversations with people at both companies just trying to figure out ways that we can do more together and there's just a lot of reception there."

He later added: "So if your Amazon, one of the big strategies is sell Kindle, so you can sell more things. If you're Apple , a big part of your strategy is sell devices because that's how you make money. If you're Google they want to get Android as widely adopted as possible Our goal is not to build a platform; it's to be across all of them because our mission is to help people connect and stay connected with people no matter what devices they are on."

The full interview will air Monday evening on PBS.