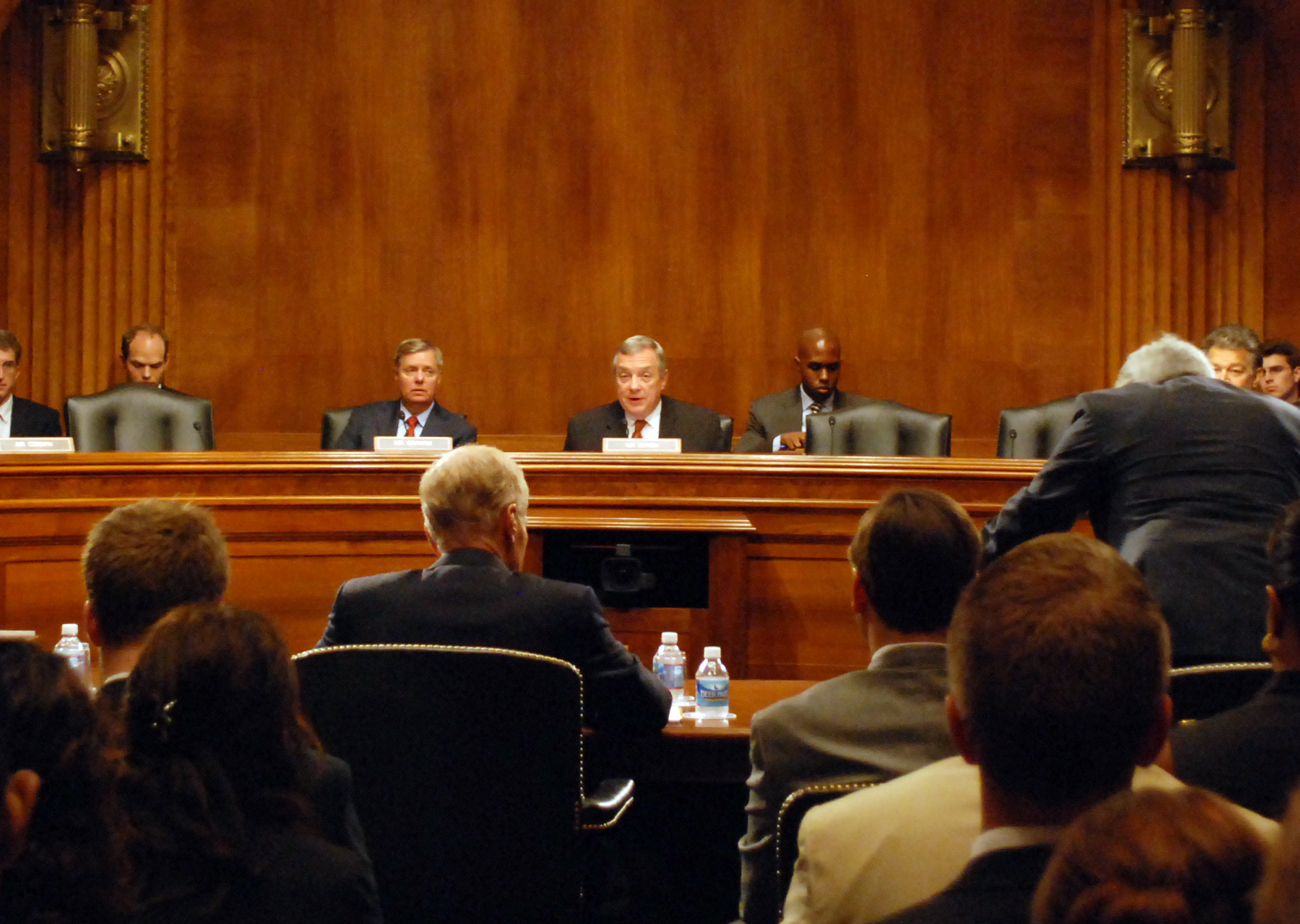 A Senate bill introduced today has reignited a long-simmering debate over whether Americans should be required to pay Internet sales taxes when they go shopping online.

The legislation, which CNET reported on last week, would allow states to force Amazon.com, Overstock.com, Blue Nile, and other out-of-state online retailers to collect sales taxes.

It was introduced by Sens. Mike Enzi (R-Wyo.), Lamar Alexander (R-Tenn.), and Dick Durbin (D-Ill.) and is backed by Wal-Mart, Best Buy, Home Depot, and other companies that have stores in nearly every state and are currently required to collect sales taxes in both their physical and virtual storefronts.

"This legislation would give states the ability to close the online sales-tax loophole," Alexander said today.

The justification for their bill is a reprise of arguments that state tax collectors have made for at least a decade: they claim that online retailers that don't collect taxes are unreasonably depriving states of revenue, and that they enjoy an unfair competitive advantage over local retailers that must collect taxes at checkout time.

On the other hand, a 1992 Supreme Court ruling says that, in general, retailers currently can't be forced to collect sales tax on out-of-state shipments unless they have offices in those states. And with over 7,500 taxing jurisdictions, each with its own rules and ability to conduct audits, compliance with each is not a trivial task.

An earlier version of the legislation obtained by CNET exempted businesses that had "gross annual receipts" not exceeding $500,000.

That $500,000 exemption didn't, however, mean Internet sales. If a golf store with $500,000 in revenue from a physical storefront started selling even a small number of golf clubs on eBay, the owner would have had to begin collecting taxes for dozens of states and be subject to audits from each one as well. (In addition, assuming a profit margin of perhaps 8.3 percent, that golf store would make only $41,500 a year but still be required to collect.)

The final version (PDF) of the bill introduced today has changed the language to "gross annual receipts in total remote sales" that exceed $500,000.

That's not enough to mollify opponents of the bill. "A small business doing $500,000 in remote state sales is still a very, very small business," says Steve DelBianco of the NetChoice coalition, whose members include eBay, Overstock.com, and Yahoo.

The U.S. Small Business Administration sets a far higher cutoff for small businesses. An SBA table defining retail categories says that "hobby, toy, and game stores," for instance, qualify as small businesses if they have under $25.5 million in annual sales. A U.S. Treasury Department report (PDF) from August suggests the cutoff should be $10 million in annual revenue.

Amazon.com, which cut a deal in September to collect sales tax in California starting next fall, says it supports the Enzi-Alexander-Durbin bill, titled the Marketplace Fairness Act.

"Amazon strongly supports enactment of the Enzi-Durbin-Alexander bill and will work with Congress, retailers, and the states to get this bi-partisan legislation passed," says Paul Misener, vice president for global public policy.

But eBay, which says that the small businesses selling through its auction platform can't be expected to comply with audits from every state, doesn't. (The Marketplace Fairness Act does say that states have to undergo some tax simplification steps before they can require remote sellers to collect sales taxes.)

Tod Cohen, eBay's vice president for government relations, says: "This is another Internet sales tax bill that fails to protect small business retailers using the Internet and will unbalance the playing field between giant retailers and small business competitors."

Technically, of course, Americans in states with sales taxes are supposed to keep track of out-of-state purchases and cough up the necessary sales tax on April 15--the concept is known as a "use tax." But state tax collectors have long complained that in practice, that just doesn't happen, and that the money has remained in taxpayers' pocketbooks.

States are currently limited in their sales tax collection authority because of a 1992 U.S. Supreme Court decision in the Quill v. North Dakota case. It says retailers aren't required to collect sales taxes from customers who live in states where they don't have a physical presence, or "nexus." The justices did, however, make it clear that Congress could step in and change the rules.

That ruling came out the way it did in part because tax codes tend to be complex and vary among states and localities, with bewilderingly different tax rates associated with the same kind of product. In New Jersey, for instance, bottled water and cookies are exempt from sales tax, but bottled soda and candy are taxable. In Rhode Island, buying a mink handbag is taxed, but a mink fur coat is not.