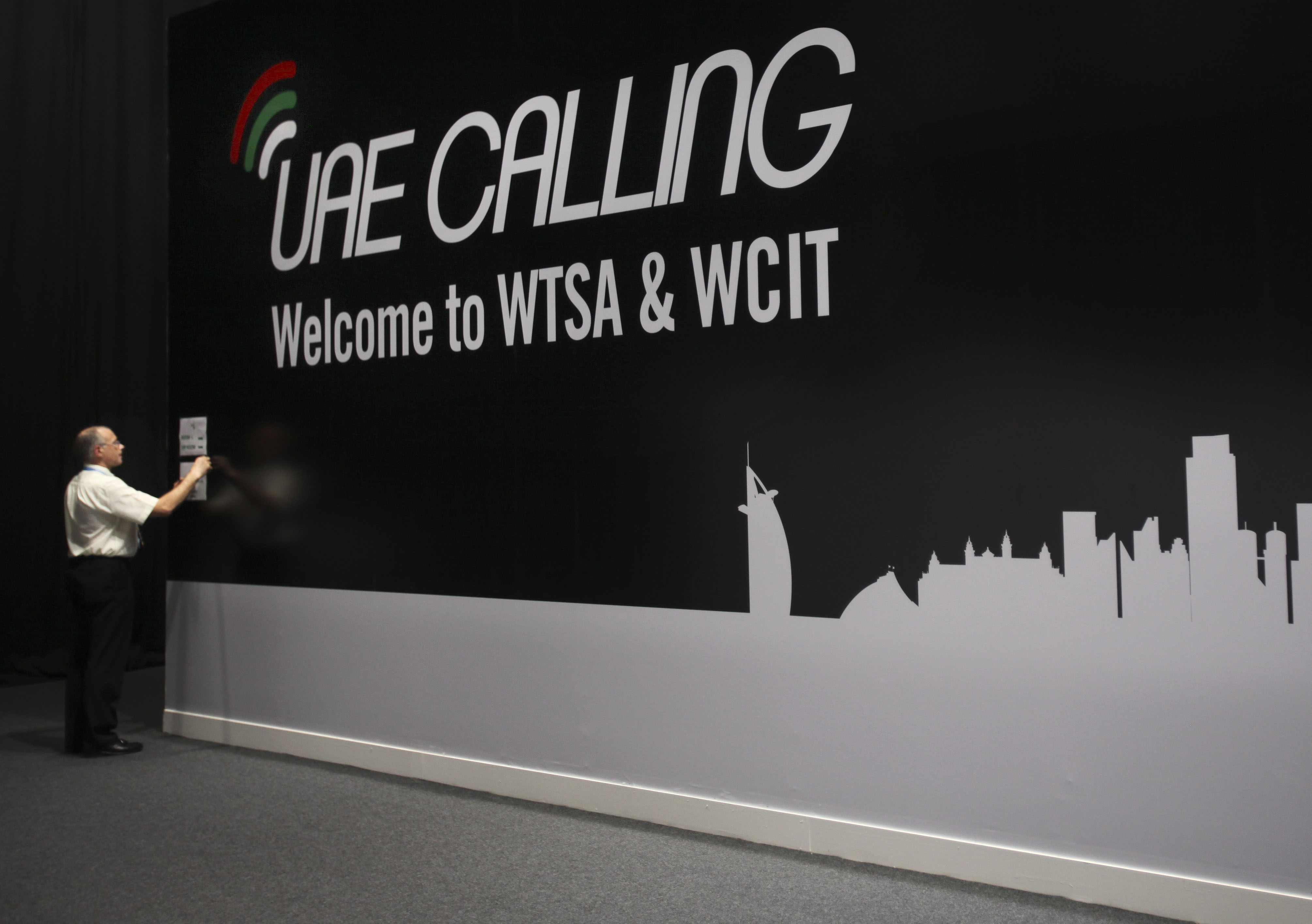 DUBAI, United Arab Emirates Envoys in Dubai signed a new U.N. telecommunications treaty Friday that a U.S.-led delegation says endorses greater government control of the Internet. The U.S. and more than 20 other countries refused to ratify the accord by the 193-nation International Telecommunications Union.

Here is a look at Internet restrictions and availability at selected countries and regions around the world:

Internet use is extremely restricted with many of North Korea's 24 million people unable to get online. Some North Koreans can access an internal Intranet that connects to state media. Members of the elite, resident foreigners and visitors in certain hotels are allowed full access to the Internet.

Most Western social media sites such as Facebook and Twitter are blocked in Iran, as well as political opposition and sexually explicit websites. But proxy server sites and other methods are widely used to get around the official restrictions. Iran has announced plans to create its own domestic Internet with fully monitored content, but international experts question whether such a complete break from the worldwide Net is possible. Earlier this week, Iran accounted it had developed its own YouTube-style video sharing site.

Tight control, slow connections and high costs mean only around 5 percent of Cubans have access to the global Internet, with another 23 percent relying instead on a government intranet with very limited content. Web access is mainly via public facilities where people must first register with identification.

Political sites deemed threats to the state are often blocked. Since the Arab Spring, authorities across the Gulf have stepped up arrests of bloggers and others for posted considered offensive to rulers or advocating political reforms.

Internet censorship is prevalent across former Soviet Central Asian republics, but the strongest restrictions have been recorded in Iran's authoritarian neighbors to the north, Turkmenistan and Uzbekistan. Controls are strictest in Turkmenistan, where social networking sites Facebook and Twitter are out-of-bounds, as is video-sharing site YouTube and numerous news websites. Uzbekistan has taken a less extreme approach, but sites critical of the government are blocked as a matter of course. Tajikistan, which is like those countries also ruled by an unchallenged strong-man ruler, has twice this year barred access to Facebook after web-surfers used the site to post material critical of government officials.

The government restricts access to the Internet and closely monitors online communications. The U.S. State Department's latest human rights report said the Eritrean government monitored email without obtaining warrants as required by law, and that all Internet service users were required to use one of the three service providers owned directly by the government or controlled through high-ranking members of the country's sole party. But the vast majority people do not have Internet access.