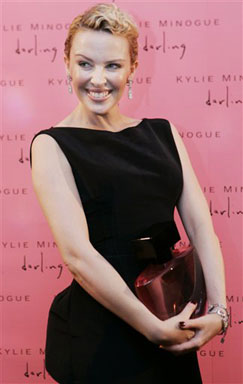 The White House is asking Congress to update wiretapping rules so that legal protections that apply to telephone calls are extended to e-mail and other electronic communication.

The plan would require law enforcement officials to obtain high-level approval before applying for a court order to intercept the content of e-mail - in line with current rules that govern listening to phone calls.

"Basically, the same communication, if sent different ways - through a phone call or a dial-up modem - is subject to different and inconsistent privacy standards," White House Chief of Staff John Podesta said Monday in announcing the proposals. "It's time to update and harmonize our existing laws to give all forms of technology the same legislative protections as our telephone conversations."

Officials also could trace such communications without prior approval in an emergency situation, such as when a computer is under attack.

But for the first time, the administration is proposing that a federal or state judge independently determine whether the facts support such a trace order.

Officials were asked how those changes would affect the new "Carnivore" system, which the FBI is using, with search warrants, to obtain e-mail of investigative subjects. When Carnivore is placed at an Internet service provider, it scans all incoming and outgoing e-mails for messages associated with the target of a criminal probe.

If the Carnivore system is being used to intercept the content of electronic communications, then law enforcement officials would need high-level Justice Department approval before obtaining a court order and stricter standards limiting its use would apply, Podesta said. Officials would need an independent judge to review an order if the system is used for tracing, he added.

The FBI says the tool already is subject to intense oversight from its own internal controls, the Justice Department and the courts - with signification penalties for misuse of the system.

Reacting to the White House announcement, the American Civil Liberties Union chided the administration, saying the practical impact of the legislative proposal on the Carnivore system is limited. It called for outright suspension of the tool.

The proposed measures would also address inconsistencies in how current law applies to different networks carring Internet traffic. For example, now that cable systems are being upgraded to offer two-way services, laws that apply to dial-up modems over phone lines should be extended to cable connections, Podesta said.

Computer hacking laws would also be modified so that multiple small attacks would be treated as one large attack, but mandatory jail time would be eliminated for less serious offenses. Federal prosecutors would have jurisdiction over juveniles in serious computer attacks.

The plan could be meshed with pending legislation in Congress. Sen. Patrick Leahy, D-Vt., has written a wide-ranging Internet privacy bill and applauded the administration for its efforts "to focus attention on privacy from government snooping."

The Senate Judiciary Committee chairman, Sen. Orrin Hatch, R-Utah, who has introduced another measure, said he would work with the White House on a bill that would balance law enforcement interests with privacy rights.

Jim Dempsey of the Center for Democracy and Technology said the administration's plan effectively combines both goals.

By KALPANA SRINIVASAN © 2000, The Associated Press. All Rights Reserved. This material may not be published, broadcast, rewritten, or redistributed