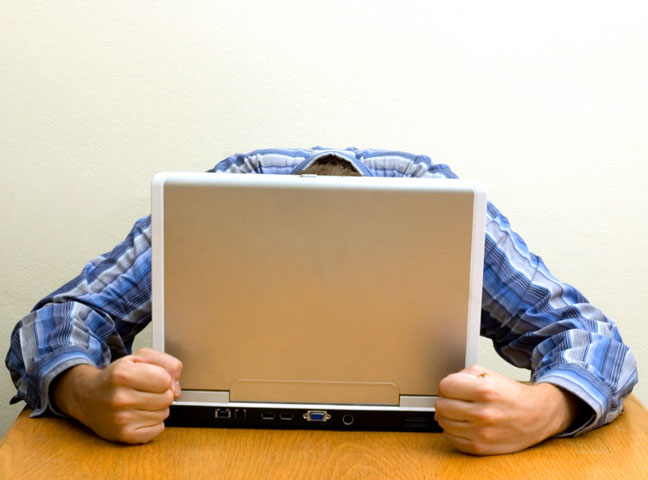 (CBS) Can a person be truly addicted to the Internet?

A new brain scan study shows not only can that be the case, but also that Internet addiction might cause the same brain changes that are seen in alcoholics and drug addicts.

For the study, published in the Jan. 11 issue of PLoS One, researchers studied 17 men and women who were diagnosed with Internet addiction disorder (IAD) and compared scans of their brains to scans of 16 healthy people who weren't addicted to the web. Study participants were between the ages of 14 and 21 and lived in China.

The researchers found more patterns of  "abnormal white matter" on brain scans of Internet addicts, compared with scans of non-addicts. White matter areas in the brain contain nerve fibers that transmit signals to other parts of the brain.

These changes showed evidence of disrupting pathways related to emotions, decision-making, and self control.

"The results also suggest that IAD may share psychological and neural mechanisms with other types of substance addiction and impulse control disorders," the researchers wrote in the study.

"For the first time two studies show changes in the neuronal connections between brain areas as well as changes in brain function in people who are frequently using the Internet or video games," he said.

Dr. Henrietta Bowden Jones, consultant psychiatrist at Imperial College in London, who runs the U.K.'s only clinic for Internet addicts, said hardcore gamers are more likely to be addicted to the Internet.

"The majority of people we see with serious Internet addiction are gamers - people who spend long hours in roles in various games that cause them to disregard their obligations," Jones told The Independent. "I have seen people who stopped attending university lectures, failed their degrees or their marriages broke down because they were unable to emotionally connect with anything outside the game."

According to the independent, an estimated 5 to 10 percent of Internet users are unable to control their usage and are considered addicts.