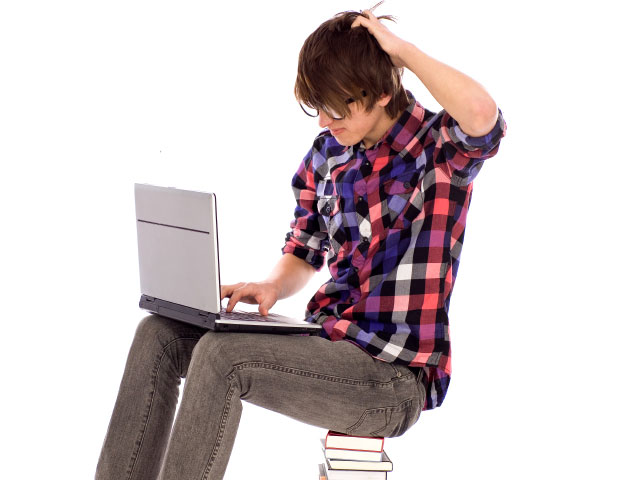 Teens who use Facebook and other social networking sites on a daily basis are three times as likely to drink alcohol, twice as likely to use marijuana, and five times more likely to smoke tobacco than teens who don't frequent the sites.

"The findings in this year's survey should strike Facebook fear into the hearts of parents of young children and drive home the need for parents to give their children the will and skill to keep their heads above the water of the corrupting cultural currents their children must navigate," study author Joseph A. Califano, Jr., founder and chairman of Columbia University's National Center on Addiction and Substance abuse, said in a written statement.

Seventy percent of teens spend time on these sites every day, according to the survey. That's 17 million 12- to 17- year-olds.

"Continuing to provide the electronic vehicle for transmitting such images constitutes electronic child abuse," according to Califano.

The study also looked at how television contributes to teen's risky habits.

Not surprisingly, watching Snooki and the gang get sauced week-after-week may be affecting teen viewers. The survey found one-third watch shows like "Jersey Shore," "Teen Mom," and teen dramas like "Gossip Girl." Compared to teens that don't watch this suggestive programming, these 12- to 17-year-olds are almost twice as likely to drink and use marijuana.

"They see these images and there are no moral or educational statements accompanying them, so teens may be left with the impression that this is what the real world is about and that everybody is doing it, so it is OK," Dr. Andres Huberman, medical director at North Shore Long Island Jewish Hospitals' project outreach in West Hempstead, N.Y., told WebMD.

Should parents curb their kids social networking use? If the survey results are any indication, they haven't been. Nearly 90 percent of parents surveyed as part of the study said they didn't think social networking sites would make their kids more likely to drink or do drugs.

Califano told WebMD, "It is a phenomenal assault on public health that we subject teens to pictures of drugs, alcohol, or teens being drunk or passed out on the Internet, in films, and on TV shows that are suggestive and glorify drinking and drugging."