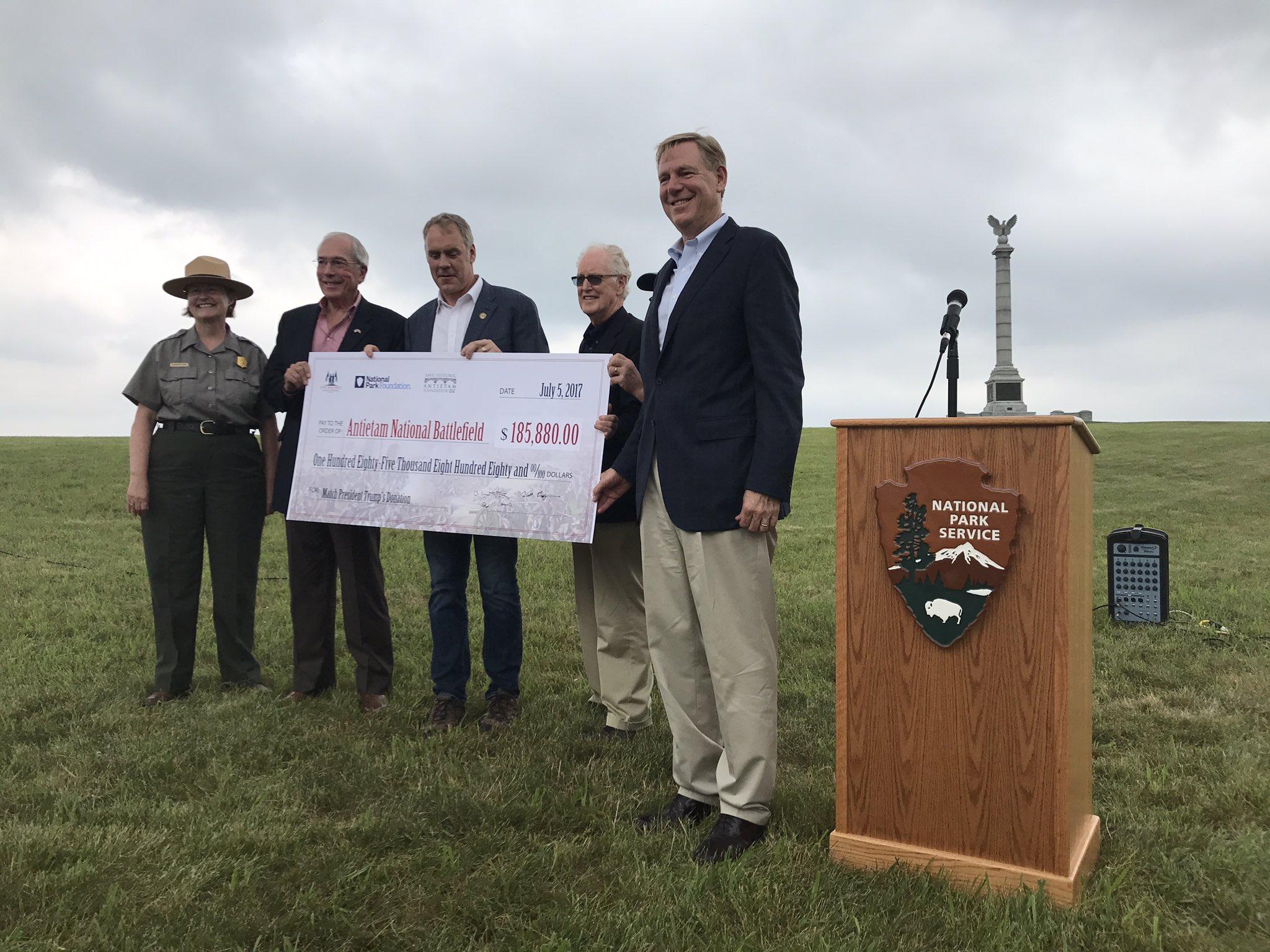 Except, that is, in Montana.

In Zinke's home state, the former congressman who has long harbored higher political ambitions is recommending Trump create a new national monument out of the forests bordering Glacier National Park, to the disappointment of a company that wants to drill for natural gas there.

A couple hundred miles away, where rocky bluffs line the Missouri River, he decided to leave intact a 590-square-mile (1,528-square-kilometer) monument that for 16 years has stirred the kind of impassioned local opposition that Zinke cited in justifying changes to monuments elsewhere.

And he wants to curb mining along Montana's border with Yellowstone National Park. That could discourage development of two proposed mines that supporters say would offer higher paying jobs than tourism.

The decision was based on Zinke's belief that "some places are too precious to mine," his spokeswoman said last month.

Zinke, a rumored candidate for U.S. Senate in 2018 or governor in 2020, appears to be carving out an exception for Montana from Trump's agenda to open more public lands to natural resources development. Whether it stems from Montana pride or political ambition in a state where conservation has bipartisan appeal, the results have rankled both sides in the debate over managing millions of acres of public lands in the U.S. West.

Tawney is a friend of the president's son, Donald Trump Jr., and his group threw its support behind Zinke's nomination last winter. But he said the Interior secretary's recommendations to scale back four large monuments in the West, including Bears Ears in Utah, represent a "sellout to industry" that's putting public land and wildlife at risk. Zinke also called for shrinking two marine monuments in the Pacific Ocean.

"We're happy he recognizes the importance of the Badger Two-Medicine," Tawney said, referring to the 203-square-mile (526-square-kilometer) area south of Glacier that Zinke recommends be a monument. "Places that are very similar in fashion, like Bears Ears, he's not quite protecting. ... You can't talk out of both sides of your mouth."

Zinke spokeswoman Heather Swift declined to comment on how he came to recommend a monument designation for Badger-Two Medicine or whether he was treating public lands in Montana differently than elsewhere.

In recommendations to Trump contained in a recently leaked memo, Zinke noted that the Badger-Two Medicine area is sacred to the Blackfoot tribes of the U.S. and Canada.

Zinke also suggested monument status for two other sites: Camp Nelson in Kentucky, a Union supply depot and hospital where black troops and others trained during the Civil War, and the Jackson, Mississippi, home of slain civil rights figure Medgar Evers.

Badger-Two Medicine has been the subject of a long-running dispute between the Blackfeet Tribe, which has a reservation next to the proposed monument, and a Louisiana oil and gas company, Solenex, which wants to drill on the land.

Zinke's recommendation for the area presents an "optics problem" at a time when the Trump administration has criticized the use of the 1906 Antiquities Act to create monuments, said William Perry Pendley, president of the conservative Mountain States Legal Foundation, which is representing Solenex.

"It's terribly disappointing," Pendley said. "What the secretary ought to be sending to the president is a recommendation to repeal the Antiquities Act, to put an end to this issue."

Pendley compared Zinke's actions to those of President Bill Clinton in 1996, when he halted a gold mine near Yellowstone, and of the Obama administration last year, when it proposed to end new mining claims on 30,000 acres near the park, which Zinke now supports.

Zinke has made no secret of his political desires. In his first term in the U.S. House, he raised his hand to become speaker but didn't get chosen after Ohio Rep. John Boehner resigned. Last year, Zinke became an early supporter of Trump and publicly stated his desire to be picked as vice president.

In Montana, he's been viewed as a potential contender against U.S. Sen. Jon Tester, a Democrat up for re-election next year whom Republicans consider vulnerable. Analysts say it's not too late for Zinke to jump in.

Another possibility arises in 2020 when Montana Gov. Steve Bullock, a Democrat, reaches his two-term limit.

Residents in the tiny ranching community of Winifred were disappointed by Zinke's decision to leave intact the nearby Upper Missouri River Breaks National Monument, which they have fought since Clinton designated it in January 2001 in one of his last acts in office.

When Trump and Zinke arrived in Washington, they seemed to promise the changes the community long sought, said Ron Poertner, a rancher and member of the group Missouri River Stewards.

"We thought, 'Oh, my gosh, somebody has finally seen the light and is going to get this monument business right,'" Poertner said.

"But there's just one person per mile over here and these liberals and big media can out-organize us in a heartbeat," he said. "If there are any political aspirations, you don't want to tick off where the strength of voting is in Montana."