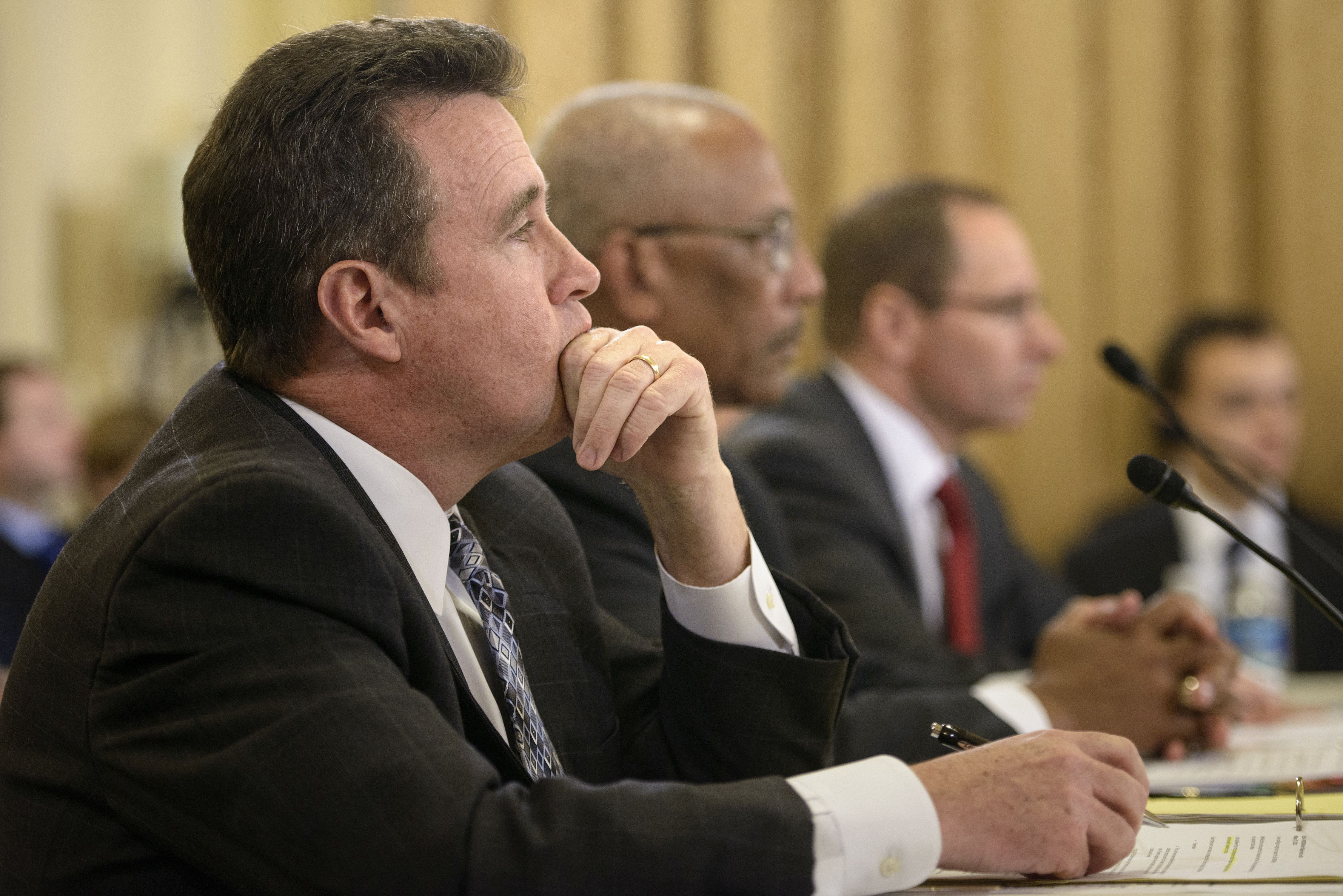 Intelligence officials are adapting their counter-terrorism strategies to respond to the growing social media presence of groups like ISIS, but there's a whole realm of "dark space" on the Internet that's inaccessible to government surveillance, officials warned Congress on Wednesday.

FBI assistant director Michael Steinbach told members of the House Homeland Security Committee that the government doesn't know how much extremists rely on "dark space" for communications, a fact he called "troubling."

Dark space is a general term that refers to encrypted online communications. As CBS News' Holly Williams reported last month, the dark net was originally developed by the U.S. military and is now occupied by millions of users on thousands of websites, hosted on more than 6,000 servers around the world. Along with providing a safe haven for terrorists, it's also attracted pedophiles.

The FBI and other intelligence agencies can ask those companies for their assistance in investigations, but if a company's "built a model that even they can't de-crypt, it doesn't do us any good," he said.

The Communications Assistance for Law Enforcement Act (CALEA) requires telecommunications carriers and broadband providers to build interception capabilities into their networks for court-ordered surveillance. However, that law doesn't cover new means of communication.

Steinbach said Congress should "expand who is bound by that law."

"We're not talking about large-scale surveillance," he added.

Just a day earlier, Congress passed a bill to overhaul one of the government's controversial large-scale surveillance programs, signaling less tolerance for such sweeping efforts.

Steinbach said the intelligence community would bring probable cause of terrorist activity before a court and then request the assistance of the private sector to access dark networks. However, that would require those private companies to make their networks accessible in the first place.

Extremist groups are using social media sites to recruit supporters, raise money and spread propaganda. "We are facing an enemy whose messages and calls to violence are posted and promoted in real time," McCaul said.

Those social media efforts have had some impact in the U.S. Last month, before he attacked a Muhammad art event in Garland, Texas, gunman Elton Simpson tweeted his allegiance to ISIS with the hashtag #TexasAttack.

A Brookings Institution study released earlier this year showed that from September through December 2014, there were at least 46,000 Twitter accounts were used by ISIS supporters. The group's resonance on Twitter, according to the study, can be attributed to a relatively small number (between 500 and 2,000 accounts) of hyperactive users.

Department of Homeland Security undersecretary Francis Taylor said that the best defense against online recruitment efforts is a well-informed community, in which parents and neighborhood leaders are able to dissuade young people from supporting ISIS. In fact, the DHS now has a senior executive, Taylor said, whose sole role is to coordinate and improve the department's "Countering Violent Extremism" (CVE) efforts, which involves working closely with local authorities and community leaders.

Additionally, Taylor said, "We should and we are beginning to work with the Department of Education on these issues" to prevent young people from joining extremist movements online.