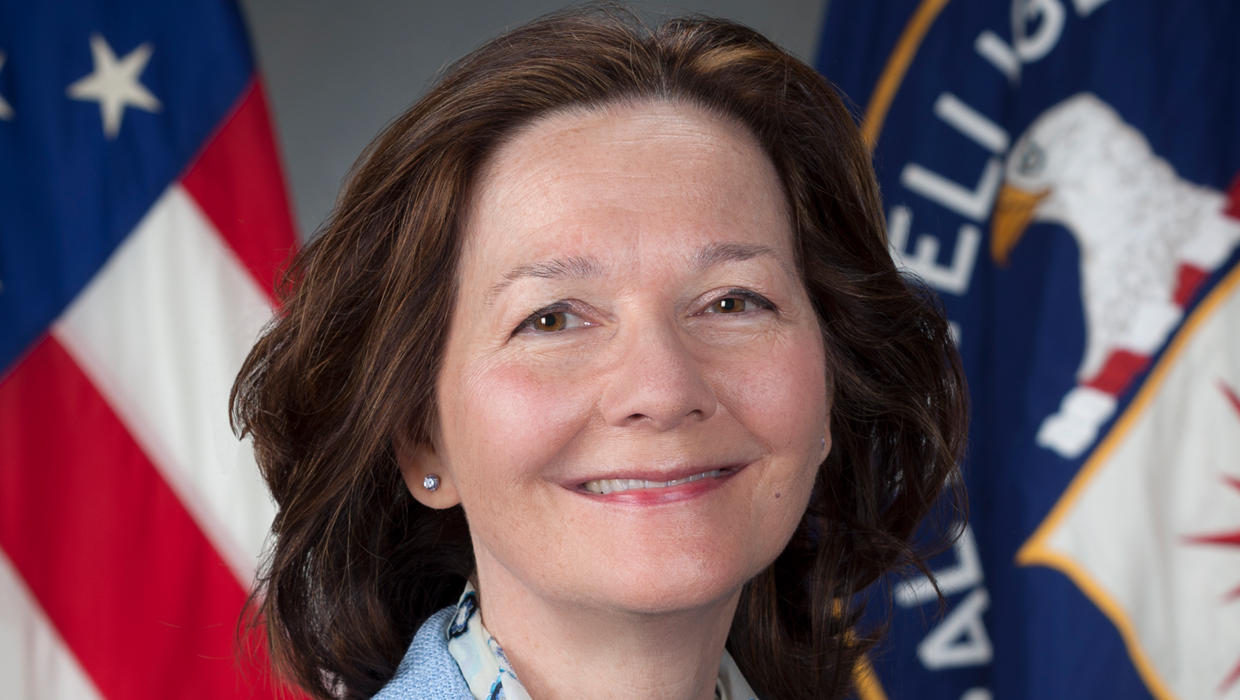 As CIA Director nominee Gina Haspel's Senate confirmation hearing approaches, current and former national security officials are offering full-throated endorsements of her character and qualifications for the role – while leaving largely unaddressed the more controversial aspects of Haspel's three-decade career with the Agency.

"She is so solid, so true, and so not breathless that she will be an amazing leader of CIA," Gordon said. "This woman is the right person at the right time."

Earlier on Monday, more than fifty former government, intelligence and national security officials signed and sent a letter of support for Haspel to the Senate Intelligence Committee – the latest effort by a largely secretive, and usually silent, community to bolster public backing for the nominee.

"Ms. Haspel's qualifications to become CIA Director match or exceed those of most candidates put forward in the Agency's 70-year history," the letter said. "She has spent more than 30 years of her life quietly serving America and the CIA, routinely stepping up to handle some of the most demanding assignments around the globe."

"Given the nature of CIA's mission, most of her achievements cannot be shared publicly," the officials wrote. "But we can tell you [Haspel] has made vital contributions to the strength and security of our country and has dedicated her life to serving her fellow Americans."

Haspel is the first woman ever nominated to head the CIA, but the milestone has been overshadowed by the controversy surrounding her involvement with the Agency's Enhanced Interrogation Program, implemented in the aftermath of 9/11, as well as her reported role in overseeing a "black site" in Thailand, where interrogations of high-level terrorist suspects were carried out in 2002.

Lawmakers have demanded the declassification of Haspel's records related to the interrogation program, and some, like Oregon Democrat Sen. Ron Wyden and Republican Sen. Rand Paul of Kentucky, have announced their opposition to her nomination. Sen. John McCain, R-Arizona, has also voiced concerns.

In their questioning of Haspel, lawmakers are likewise expected to scrutinize Haspel's knowledge of and involvement in the destruction of dozens of videotapes documenting the interrogation sessions.

Jose Rodriguez, a former director of the CIA's National Clandestine Service, has said he made the decision in 2005 to destroy the tapes, and asked Haspel, his then chief of staff, to help draft a cable making the order. Rodriguez was one among the former officials who signed the letter endorsing Haspel.

Some intelligence officials have pointed to the turbulent political dynamics of the Trump administration as a reason to appoint a career professional with deep institutional backing to the role.

"President Trump seems to be surrounding himself with like-minded folks when it comes to national security questions," Gen. Hayden, who led the Agency from 2006 to 2009, told CBS News during the Cipher Brief conference. "In those circumstances, Gina is the director of CIA that you want to have in the room."

"She will be blunt, honest, professional and unblinking," Hayden said.

"The people who signed the letter know how critically important the role of CIA Director is in these perilous times," said former CIA deputy director Michael Morell. "They know either from firsthand experience working with Gina – or by hearing from others they trust deeply trust who have worked with her – that Gina is the right person for the job."

Haspel's confirmation hearing is expected to be scheduled later this month.