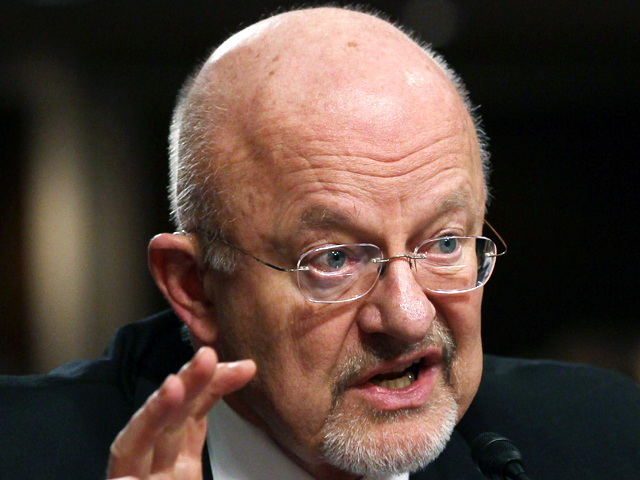 The U.S. government's top intelligence official told senators Thursday that the regime of Libyan strongman Muammar Qaddafi "will prevail" eventually over the armed rebellion that grew from wave of unrest to hit North Africa and the Middle East.

"This is kind of a stalemate back and forth, but I think over the longer term that the regime will prevail," Clapper told senators.

Responding to a question from Sen. Joseph Lieberman, I-Conn., Clapper said the Qaddafi regime's military forces simply have better resources than the rebellion.

"The first-line equipment anywhere in Libya is held by the regime forces with two special brigades, the 32nd and 9th, which are very, very loyal to Qaddafi and do his bidding," said Clapper. "They're the most robustly equipped with Russian equipment to include air defense ... tanks, mechanized equipment, and they appear to be much more disciplined about how they treat and repair that equipment."

Clapper's comments came as Qaddafi loyalists used rockets and tank shells to push pro-democracy rebels from the key oil port city of Ras Lanouf, according to the Associated Press.

The regime's military also claimed to have taken back the city of Zawiya, which was the rebellion's high water mark because of its proximity to the capital city of Tripoli. The moves cut down on the progress rebels made in the western part of the country after capturing many cities in the east.

Meanwhile, Qaddafi's son, Saif al-Islam, told the Reuters news agency that the regime will not surrender and is planning a full-scale military operation to end the rebellion.

Clapper told senators that the rebels fighting against Qaddafi won't be able to take him down easily.

"With respect to the rebels in Libya and whether or not they will succeed or not, I think frankly they're in for a tough row because - and a very important consideration here for the regime is - by design Qaddafi intentionally designed the military so that those select units loyal to him have had the most ... are the most luxuriously equipped and the best trained," said Clapper. "That is, I think, having a telling effect now with the rebels and now I think the over, logistically, the overwhelming power or control that Qaddafi has."

What's behind the push for a fourth stimulus check
Alex Sundby