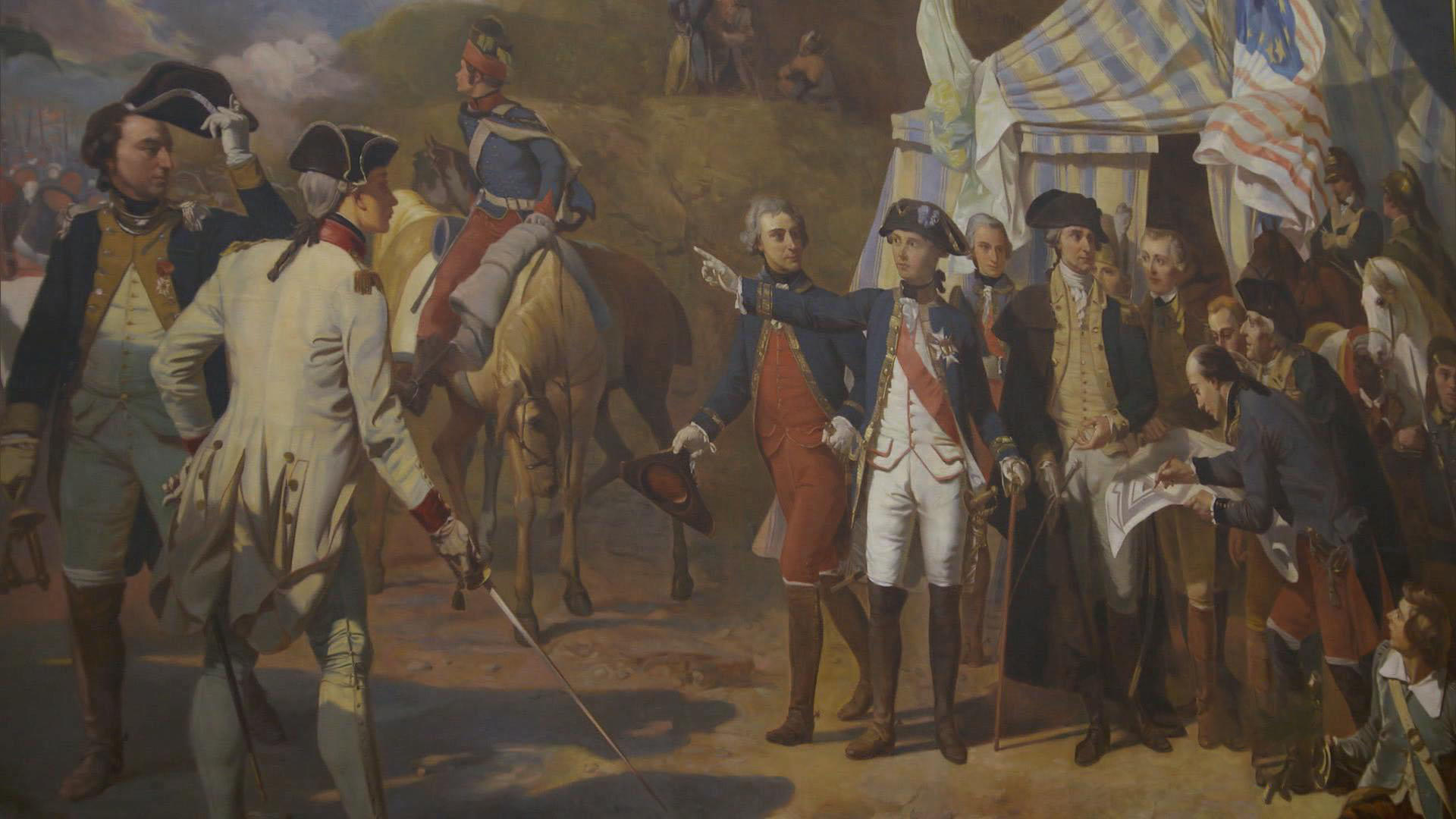 Martha Teichner reports on the Museum of the American Revolution in Philadelphia, which features a look at how the war changed life for African Americans and Native Americans

Philadelphia is the site of the liberty bell. The Declaration of Independence and the Constitution were drafted and signed here. It was home to Philly's favorite founding father, Benjamin Franklin, and America's most famous flagmaker, Betsy Ross. So what better place for the Museum of the American Revolution?

The museum opened in 2017. It's centerpiece is George Washington' s tent. The tent is enshrined now in its own theater. As his soldiers did, you see it as a stand in for Washington himself

"The tent was a symbol that he, you know, he said, 'I've never left your side, I've been with you through the entire war,'" Scott Stephenson, president and CEO of the museum, told CBS News' Martha Teichner.

Concord, Massachusetts, where it all began, has a presence at the museum. A piece of the original North Bridge, where the two sides fought it out that first day, is on display.

But the museum sees its mission as doing more than reinforcing for visitors, 725,000 so far, a mythologized version of the American creation story.

"This is not just a quaint story that's set a long time ago that only involves people that look like me standing with wigs on looking at a piece of paper on a table," Stephenson said. "There was violence that was involved. There was uncertainty. There were people of all backgrounds who were involved in this-- creating this nation."

Those people didn't always get along. During the winter of 1775 George Washington really did break up a snowball fight between militiamen he was trying to unite into an army.

Vincent Brown is a professor of African-American History at Harvard. He advised the museum.

African-Americans have largely been left out of the revolution narrative, but not here.

"They've got that wonderful moment in the museum where they're asking you to imagine a conversation between two black people, one a British soldier and one an enslaved person who is trying to figure out what they wanna do in that environment," Brown said.

The proposition: freedom in exchange for running away and joining the British army.

Slavery expanded exponentially after the war. On full display, an uncomfortable contradiction.

"One of the most powerful things I think in the museum is that set of manacles for a child that were-- must've been used on an enslaved child," Brown said. "How could we have manacles for a child in a museum about the American Revolution, which is supposed to be about freedom? It gets us thinking."

Thinking about difficult decisions, about winners and losers.

"African-Americans and Native Americans were losers in the American Revolution,"

The Oneida people lost big time. Part of a union of six Iroquois nations, they had no choice but to take sides.

"That conflict cam on Iroquois lands, our lands," Halbritter said. "Our Oneida people decided to ally with the colonists."

The Oneida were the unsung heroes of Valley Forge.

They were promised their allegiance would preserve their lands and way of life, it didn't.

"Through the years a number of fraudulent treaties took place that-- we lost our land," Halbritter said.

The nation started out with six million acres. By the end, Halbritter said the Oneida wound up with 32 acres.

The Oneida donated $10 million of the museum's $150 million cost, so their story would be told. So that, alongside the muskets and child-friendly entertainment, a nuanced, warts-and-all version of the american revolution shines through.

"Are we mature enough as a nation, as a culture, to not sweep under the carpet all of the terrible injustices that were done," Stephenson said. "It's not an unpatriotic act to shine light on those and acknowledge them."

And to connect the dots between long-ago battles and ourselves.

"We want everyone to see themselves reflected in the story that they've just been through," Stephenson said. "And it's a reminder that we are swimming in a stream of history and ultimately, our future is together."