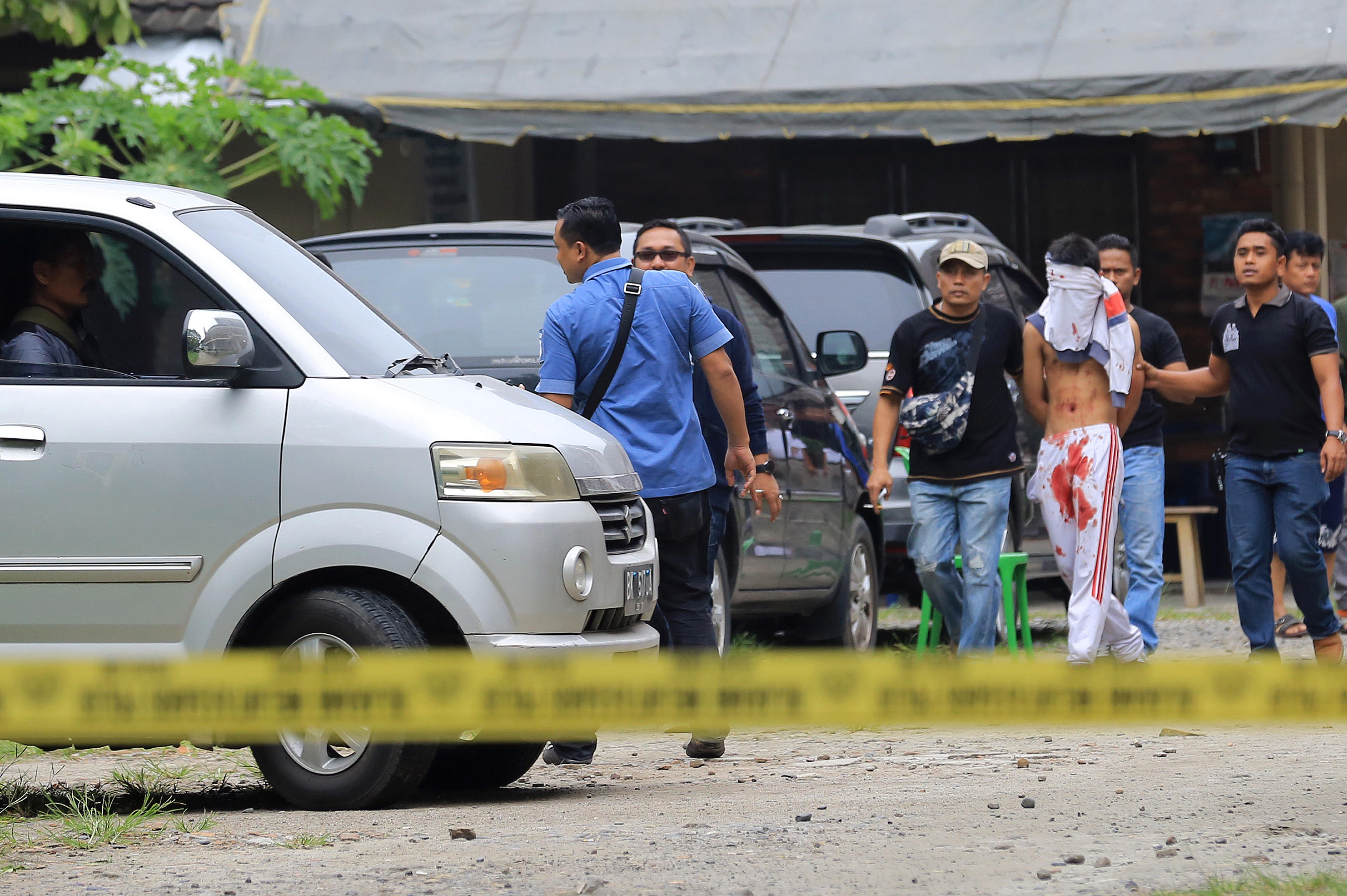 JAKARTA, Indonesia - A would-be suicide bomber’s explosives failed to detonate in a packed church in western Indonesia during Sunday Mass, and he injured a priest with an axe before being restrained, police said.

The 18-year-old assailant left a bench and ran toward the priest at the altar, but a bomb in his backpack only burned without exploding, said national police spokesman Maj. Gen. Boy Rafli Amar.

Before he was restrained by members of the congregation, the man managed to take an axe from the backpack and attacked the Rev. Albert Pandiangan, causing a slight injury to the 60-year-old priest’s hand, Amar said.

The motive for the attack at the Roman Catholic St. Yoseph Church in Medan, the capital of North Sumatra province, was not clear, but the perpetrator carried a symbol indicating support for the Islamic State of Iraq and Syria.

Police were interrogating the man, who told them he was not working alone, Amar said, without providing details.

Indonesia, the world’s most populous Muslim nation, has carried out a sustained crackdown on militant networks since the 2002 Bali bombings that killed 202 people.