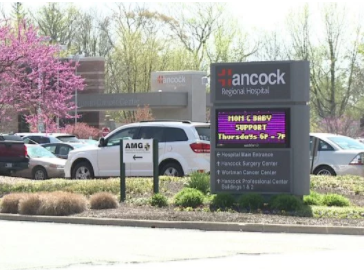 HANCOCK COUNTY, Ind. -- The computer system at a hospital in Indiana was hacked and held for ransom, CBS affiliate WTTV-TV reports. Hancock Regional Hospital confirmed Friday that the system was compromised by "an unknown party" in an effort to halt operations, the station reported.

Rob Matt, the hospital's chief strategy officer, told The Indianapolis Star that those behind the attack requested an unspecified amount of bitcoin and that the hospital has not paid the ransom. Matt said the hack affected the hospital's email system, electronic health records and internal operating systems, but did not affect patient information.

"Hancock Regional Hospital has been the victim of a criminal act by an unknown party that attempted to shut down our operations via our information systems by locking our computer network and demanding payment for a digital key to unlock it," the hospital said in a statement. "Unfortunately this sort of behavior is widespread in the world today, and we had the misfortune to be next on the list."

"Our doors are open at Hancock Regional Hospital," it said.