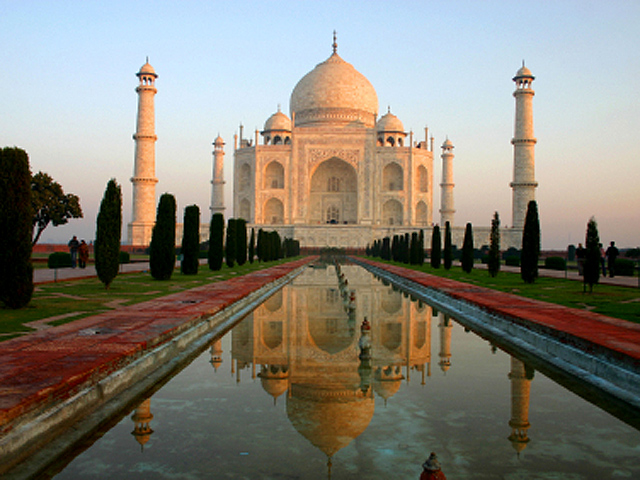 NEW DELHI A British woman traveling around India jumped out of the third-floor window of her hotel room early Tuesday after the hotel's owner allegedly tried to force his way into the room, causing her to fear she was about to be sexually assaulted, police said.

The woman was not badly hurt, although she suffered some injuries to her legs, police officer Sushant Gaur said.

The tourist was eventually taken to hospital by rickshaw, and is planing to end her trip early and head back to the U.K., according to CBS News partner Sky News. She is now at a second hospital under police protection.

Police arrested the hotel owner in connection with the incident in Agra, the site of the Taj Mahal, one of India's most cherished tourist attractions, Gaur said.

The hotel owner claimed he had simply gone to the woman's room to wake her up because she did not answer her intercom for her requested wake-up call, according to the BBC.

On Friday, a Swiss tourist was gang-raped in central India. Six men have been arrested in that attack.

While the Swiss Embassy had already issued travel warnings to tourists, the British Foreign Office recently updated its advice for women visiting India, saying they should use caution and avoid travelling alone on public transport, or in taxis or auto-rickshaws, especially at night, the BBC reports.

It added that reported cases of sexual assault against women and young girls, including foreigners, were increasing.

The violence comes amid heightened concern about sexual assaults in India in recent months that followed the fatal gang-rape of a young woman on a moving bus in New Delhi in December.

That rape sparked public protests demanding the government do a better job of protecting women.

In response, the government passed a law increasing prison terms for rape and providing for the death penalty in cases of rape that result in death or leave the victim in a coma. It has also made voyeurism, stalking, acid attacks and the trafficking of women punishable under criminal law.