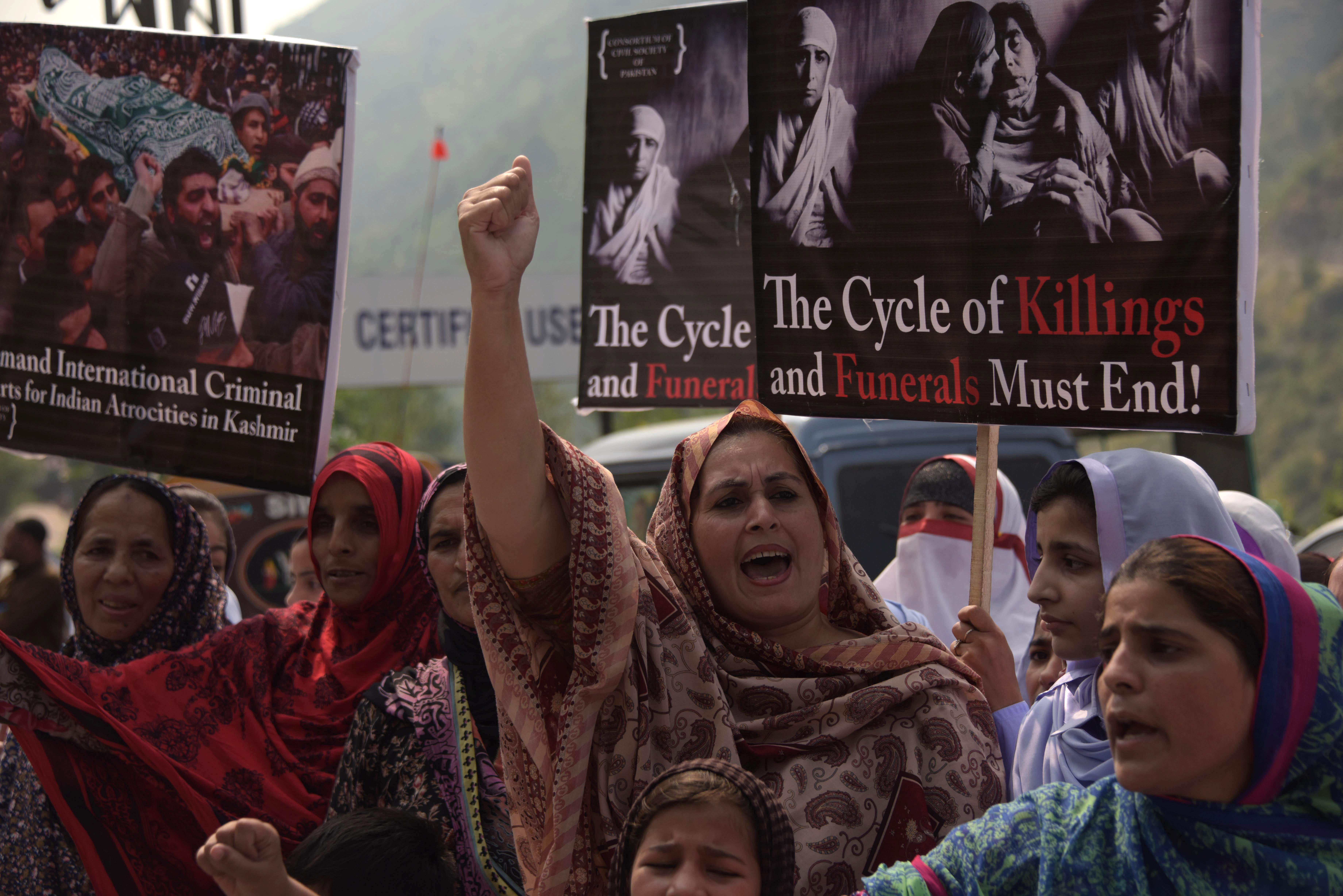 ISLAMABAD -- Pakistan’s military said Thursday that Indian troops had killed two of its soldiers on the Pakistani side of the disputed Himalayan region of Kashmir in an “unprovoked” attack.

The deaths were sure to quickly escalate already-mounting tension between the two nuclear armed neighbors, who have fought three wars against each other already.

In a statement Thursday, the military said Pakistani soldiers “befittingly responded to Indian unprovoked firing” -- implying they returned fire- along the border, near the villages of Bhimber, Kel and Lipa.

According to one Pakistani official, the exchange of fire lasted at least six hours.

An Indian officer told the Reuters news agency that Pakistani troops “fired at Indian posts in Nowgam sector of North Kashmir at midnight. They also fired mortars,” adding that the Indian army “fired back and intermittent firing is going on.”

Pakistani Prime Minister Nawaz Sharif condemned the attack, saying his nation was “ready for the safety and defence of Pakistan. Our desire for peace should not be misinterpreted as our weakness.”

Pakistan and India often trade fire in Kashmir, which is split between the two countries and claimed by both in its entirety.

The incident comes a day after Pakistan said India would “disintegrate” when Kashmir gains independence.

The cross-border fire from India was the first major military action taken by the country since militants crossed into an army camp in Indian-controlled Kashmir and killed 18 soldiers.

New Delhi has blamed a Pakistan-based militant group for the attack, and Prime Minister Narendra Modi had promised to “punish” the attackers.

Pakistan denies responsibility for the deadly attack on the Indian army camp.