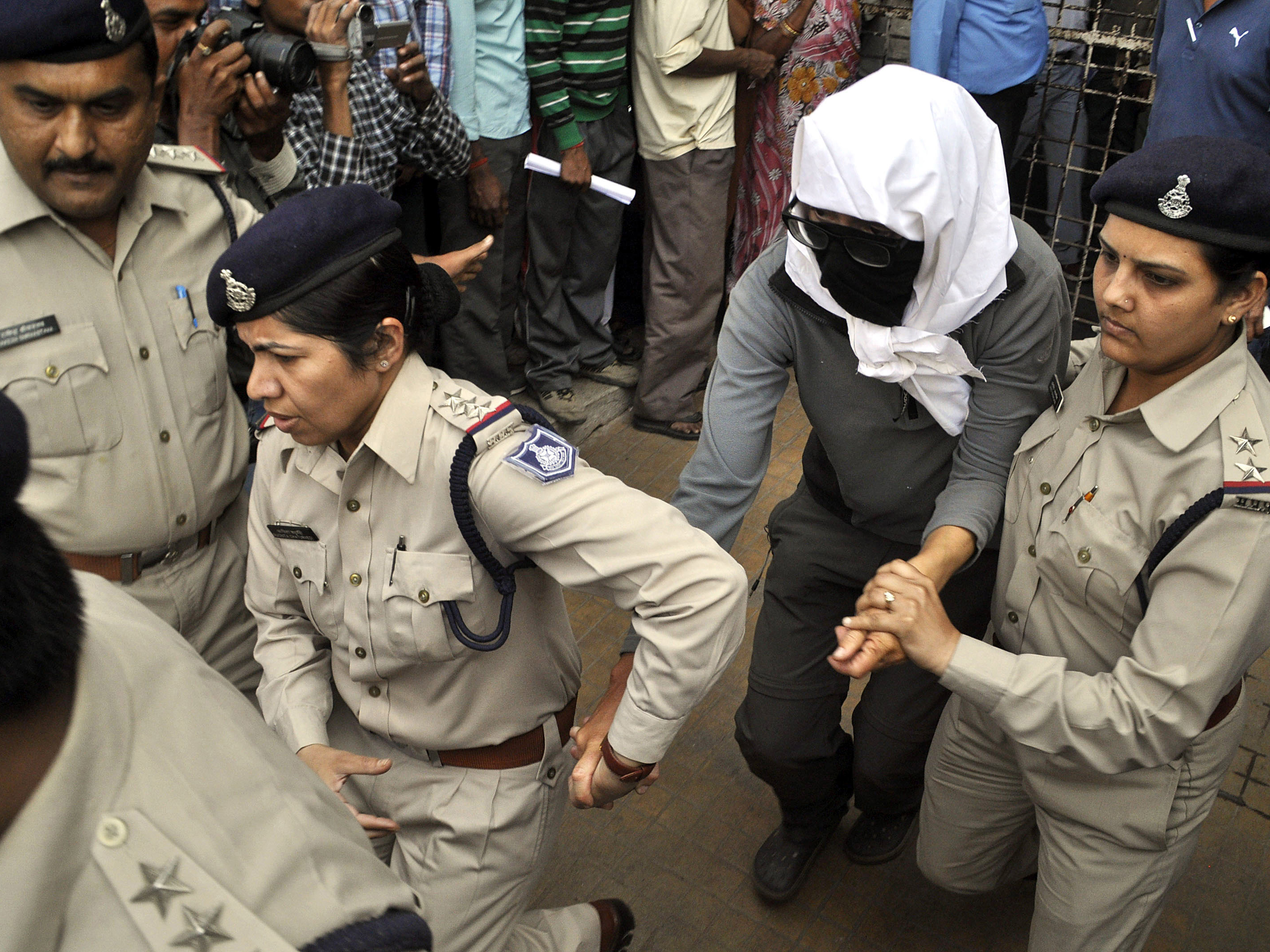 NEW DELHI Indian police said they arrested six men after detaining a total of 20 on Sunday in connection with the gang rape of a Swiss woman who was on a cycling vacation in central India.

A police officer in Gatia district of Madhya Pradesh state said the men all admitted to the crime. He spoke on condition of anonymity because he was not authorized to speak to the media.

The couple told police that the woman had been raped by seven or eight men, but that it was dark and they could not be sure of the exact number, Arya said. They said the husband also was attacked by the men.

The woman, 39, was treated Saturday at a hospital in the nearby city of Gwalior and was released later that day, police said.

Arya said that as an initial step, police have registered a rape case against seven men while they search nearby villages for other suspects.

The attack came three months after the fatal gang rape of a woman aboard a New Delhi bus outraged Indians and spurred the government to pass laws to protect women.

The couple, who were on a three-month vacation in India, had visited the temple town of Orchha and were planning to cycle to Agra to visit the Taj Mahal, nearly 210 kilometers (130 miles) away.

They set out from Orchha on Friday and pitched their tent in a forest near Jatia village when they were attacked by a group of men armed with wooden sticks, police said.

The men beat up the husband, tied him to a tree and then raped the woman, police said.

The Swiss ambassador in India, Linus von Castelmur, has spoken to the couple and has demanded a swift probe of the incident by Indian authorities.

Castelmur said he was "most distressed" by the incident and has assured the couple of the Swiss government's help and support.

"Their health and treatment is the priority of the moment," the Swiss Embassy said in a statement.

The embassy said it was in touch with local authorities in Madhya Pradesh and has urged a "swift investigation and for justice to be done."

Last month, the Swiss government issued a travel notice for India that included a warning about "increasing numbers of rapes and other sexual offenses" in the South Asian nation, and the latest incident is likely to raise concerns in India about the country's tourism industry. According to government statistics, around 6.5 million foreign tourists visited India in 2011, generating about $120 billion for the nation's travel and hospitality sector.

The gang rape in December of a 23-year-old student aboard a moving bus in New Delhi, the capital, set off nationwide protests, sparking a debate about the treatment of women in India and highlighting the inability of law enforcement agencies to protect them.

One of six suspects in the December attack was found dead in a New Delhi jail this past week. Authorities said he hanged himself, but his family and lawyer insisted foul play was involved, and a magistrate is investigating. Four other men and a juvenile remain on trial for the attack.