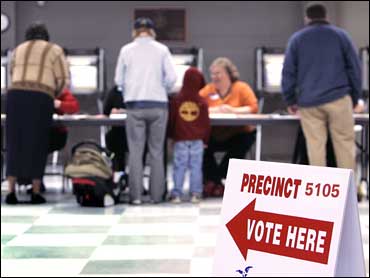 Incumbents up for re-election this year are facing a hostile environment, a set of new polls confirm today.

Additionally, just 32 percent of voters surveyed in the Gallup poll said "most members of Congress" deserve re-election, one of the lowest levels since Gallup starting asking the question in 1992. Half of voters, though, said their own representative deserved to be re-elected.

A Washington Post/ ABC News poll, however, says that just 29 percent of Americans say they are inclined to support their House representative -- a figure lower than in 1994, when Democrats lost control of the House after 40 years in the majority.

Given that Democrats have solid majorities in the House and the Senate, they are expected to suffer from the current mood. However, voters are also displeased with Republicans. Six in 10 said in the Washington Post/ ABC poll that they have a negative view of Republican policies.