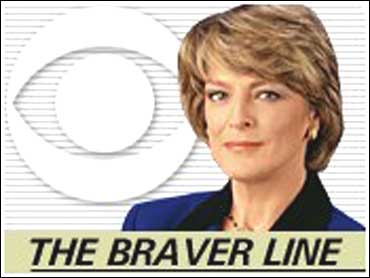 Valentine’s Day is upon us, and the despite the inclination of some spoilsports to claim that it’s all a devious plot by florists and chocolatiers, romance is definitely in the air.

It’s the season for candlelight dinners, walks in the rain, and smooth slow dances. It can be a tough time for singles, but also for those who’ve been married a while. It’s hard to turn to romance in the middle of an argument over whose turn it is to take out the garbage.

But do not fear! The “Love Lab” is near…at least if you live around Seattle, Wash.

That’s where the lab staff, on the University of Washington campus, has strapped monitors and trained cameras onto about 3,000 couples to analyze why some marriages work and others fall apart. People have actually allowed themselves to be videotaped for 12 hours at a time, though not while using the bathroom, sleeping or engaging in what might be euphemistically described as “intimate activity." (This is not Big Brother, after all.)

But couples seem to have no problem spilling their guts about subjects as sensitive as whether they should stop spending every moment and cent they have on themselves and consider having children.

The chief guru of this research is Dr. John Gottman, a cheerful psychologist who has been married to fellow therapist Julie Gottman for 16 years.

Wonder Woman through the years

Monument Valley in the movies

And what has Dr.Gottman learned after years of study and evaluation? Lots of things. He’s even written a book called The Seven Principles for Making Marriage Work. I’m not going to give them all away here. But when I visited him a few weeks ago, he said that the real key to romance is found “in the small moments with one another, the everyday moments were you’re really asking each other questions and saying…you know, 'How are you?'”

Well, as much as I admire Dr.Gottman’s scholarly approach, I can say that I’ve reached the same conclusions he has a lot more cheaply and without putting anyone under a microscope.

My happily married friends are the ones who like to “hang out” with their spouses. Perhaps some folks keep their romance going by discussing world events and great books. What I like is the fact that my husband brings me a glass of water each night before we go to sleep, and that he never forgets to kiss me goodnight.

But he still better send me a Valentine!