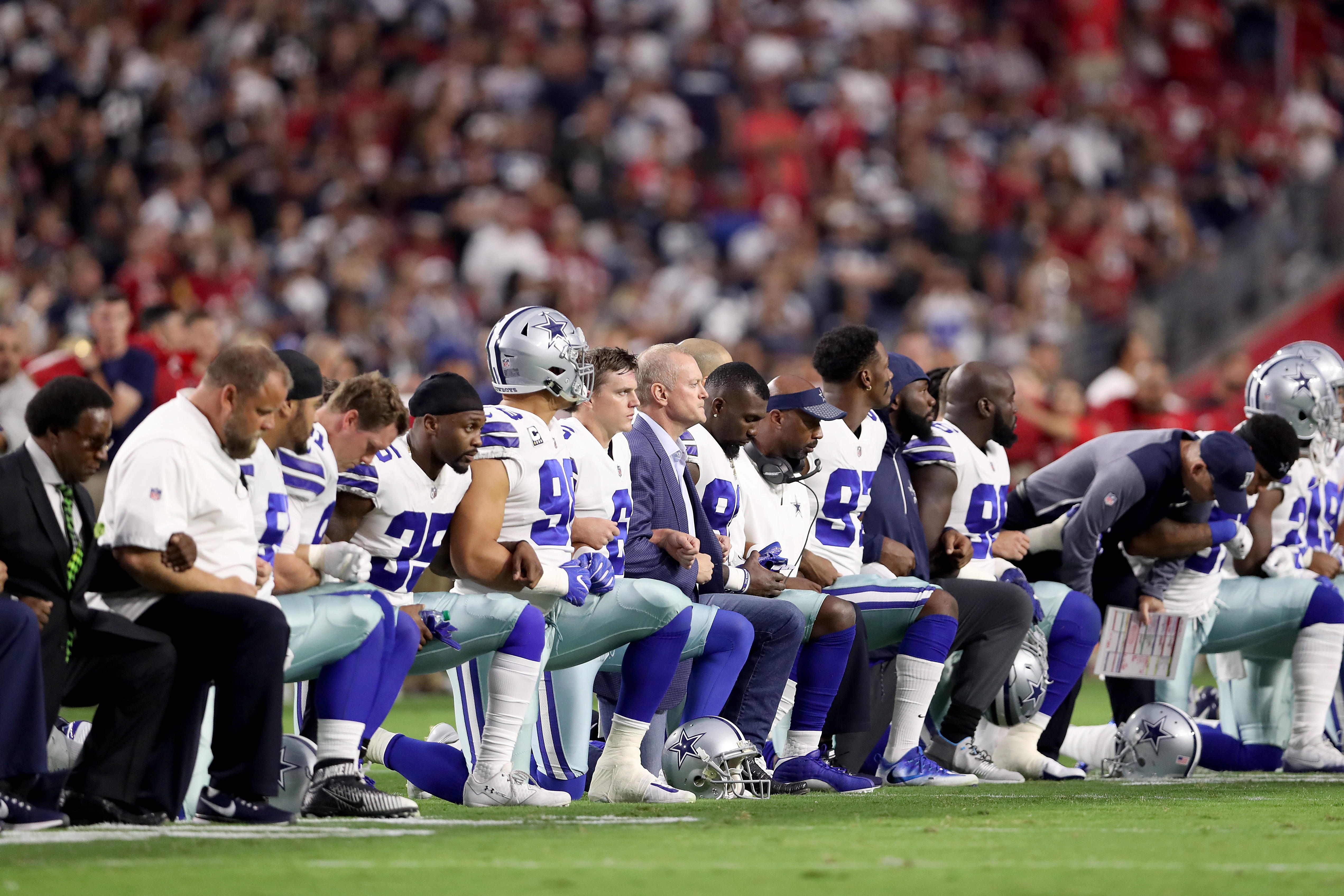 President Trump continued his ongoing fight with the National Football League in the wake of his comments that pro athletes were disrespecting the American flag by participating in silent protest and kneeling during the national anthem at games, taking to Twitter to knock the league for its poor ratings.

"Ratings for NFL football are way down except before game starts, when people tune in to see whether or not our country will be disrespected!" wrote Mr. Trump early Tuesday morning.

He also commented on the level of booing being the loudest he's "ever heard" during Monday night's matchup between the Dallas Cowboys and the Arizona Cardinals, saying there was "great anger" at the game. It was during that game that Cowboys owner and vocal Trump supporter Jerry Jones kneeled on the turf in solidarity with players before the national anthem began to play.

The Cardinals, meanwhile, interlocked arms before the anthem played.  The NFL tweeted out a video Monday night showing the moment between the two teams.

"But while Dallas dropped to its knees as a team, they all stood up for our National Anthem. Big progress being made- we all love our country!" the president added.

The president later suggested in a tweet that the NFL "set a rule that you can't kneel during our national anthem!"

Team owners and coaches have condemned Mr. Trump's divisive comments, standing up for their own players and teammates. At a rally last week, Mr. Trump had encouraged owners to fire players who kneeled in protest.

The White House has since come out in defense of the president, with Press Secretary Sarah Huckabee Sanders saying,  "I think that it's always appropriate for the president of the United States to defend our flag, to defend the national anthem and to the defend the men and women who fought and died to defend it."