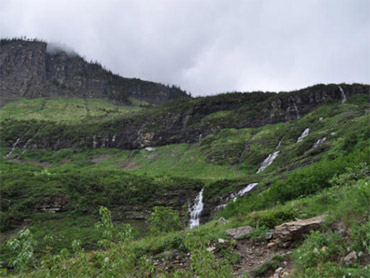 The small graphics on a single sign, deep inside this incredible natural treasure says just about all you need to know about the drastic effects of rapid and intense climate change on the park and what's inside it.

"With warmer temperatures and changes to the water cycle, Glacier National Park will be glacier-free by 2030," the sign reads. "These changes will also have consequences for park vegetation, which will migrate up the mountains with temperature and moisture gradients."

I had come, on Road Trip 2009, to this incredible national park in northern Montana, just below the Canadian border, to see its beauty and grandeur. But I quickly realized what the real story is: in a place like this, the effects of climate change can be seen, right before every visitor's eyes.

"In the last 100 years, global average temperature has increased by 1.5 degrees Farenheit, with accelerated warming over the last two to three decades," a National Park Service brochure on climate change at Glacier National Park begins. "Scientists project that by 2100, the Earth's surface could warm by as much as 10 degrees. While this may not seem like much, it could bring major changes to our water cycle and to many...species that are adapted to the current climate. High latitude and high altitude environments, such as those found in Glacier National Park, are especially vulnerable."

In the mid-1800s, the park was known to feature about 150 glaciers. As the 1960s wound down, warming trends had already reduced that number to around 50. And today, on the heels of the six hottest years in recorded history, there are just 26 glaciers still standing in the park, and the same pattern is being seen globally.

"While Earth's climate has undergone cooling and warming cycles in the past, the rate and magnitude of the change we are witnessing today has not occurred since human civilization began," the brochure reads. "If the current rate of warming persists, scientists predict the glaciers in Glacier National Park will be completely gone by 2030."

"Water towers of the world"

The rapid retreat of the glaciers may seem like bad news for visitors hoping to see the giant ice rivers at Glacier National Park. But there's more to glaciers than just beauty. They also play a crucial role in the ecosystem, and their disappearance may have widespread consequences.

"More than 50 percent of the world's fresh water supply comes from runoff in mountain environments," the so-called "Water Towers of the World," the brochure reads. "Alpine glaciers are an important contributor to mountain streamflow. Globally, glacial meltwater provides one-fourth of the water in mountain streams."

Thus, glaciers are obviously a major player in the healthy maintenance of aquatic and riparian ecosystems. "They also provide fresh drinking water for downstream populations and dilute pollutants that are generated mostly in lowland areas," the brochure explains. "As climate warms and glaciers melt, mountain systems, and the downstream communities they serve, are losing an important source of fresh water."

Global warming also means changes in the timing of regular weather patterns. Because temperatures are warmer, that means there's less snow, and more rain. And that means earlier snowmelt and earlier spring runoff. The National Park Service estimates that spring runoff in the Pacific Northwest now occurs two weeks earlier than in the past, and that, over time, will likely mean an increase in flooding. It also means less water later in the year, and the eventual drying out of many rivers, something that would have far-reaching effects on the ecosystem.

Inside Glacier National Park, there are all kinds of wild animals: grizzly bears, mountain goats, big-horned sheep, white-tailed deer and many more, not to mention the abundant plant species.

But with changes in the aquatic ecosystem, all that wildlife and plant life is in danger. Those species dependent on the ecosystem will have to adapt to changes in the climate and the ecosystem, or they will face peril. "Of major concern is the potential loss of alpine and subalpine environments that provide prime habitat for plants such as Jones' columbine and White Mountain avens, animals like big-horn sheep and mountain goats, and winter hibernation space for bears. Species living (in Glacier National Park) cannot migrate to higher ground."

As a result, what visitors may be able to see--animals and plants native to environments like Glacier National Park--may soon change forever. Scientists are working on management plans for how to deal with the changes, but some effects may be irreversible.

There may be controversy about whether climate change and global warming are real. But to see it in action, all one has to do is drive the Going-to-the-Sun Road in Glacier National Park, and what you don't see speaks volumes: dozens of glaciers that used to dominate. Today, it is still a wondrous beauty. But the days before some of the park's treasures are gone for good may not be far off. 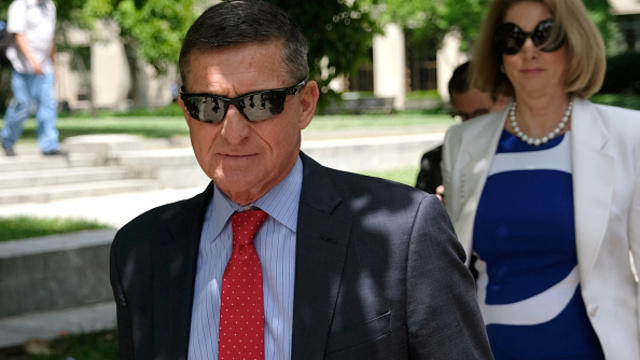 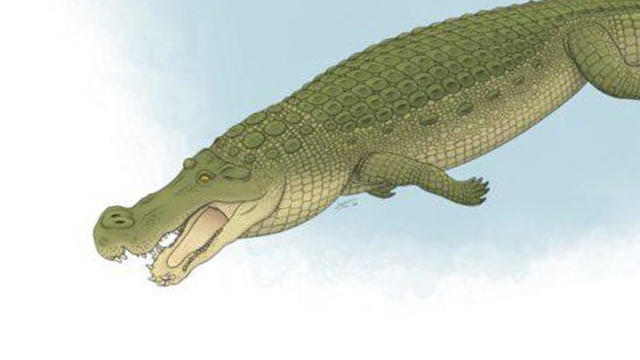 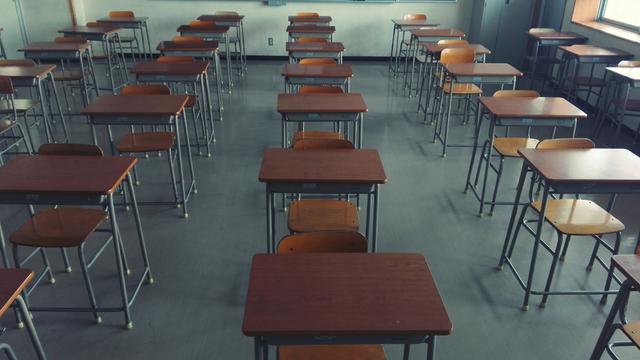