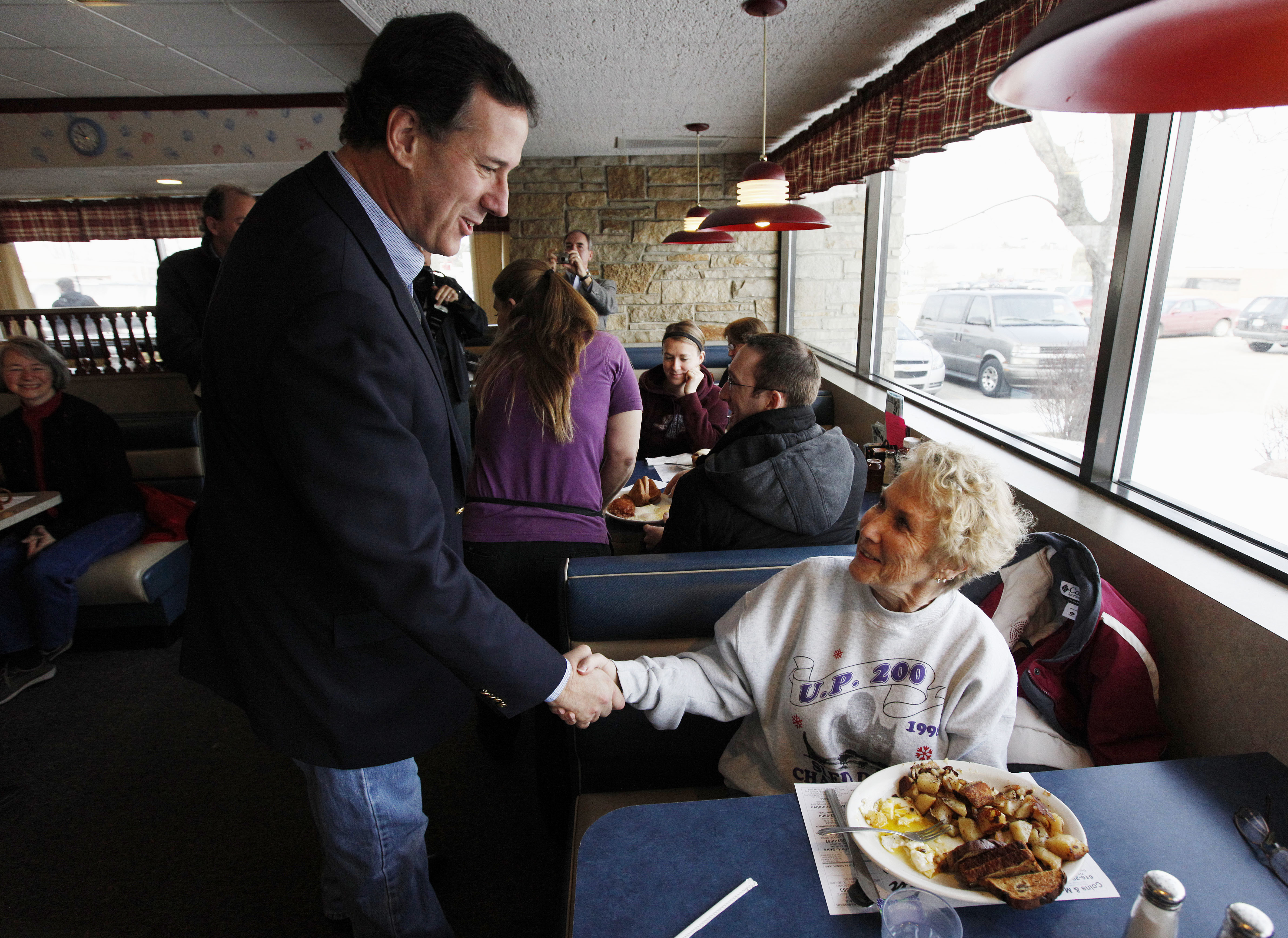 Republican voters in Michigan and Arizona say the most important quality they're looking for in a presidential nominee is the ability to beat President Obama, according to CBS News early exit polling.

Michigan and Arizona Republicans are voting today in what has come down to a fierce battle between the establishment candidate, Mitt Romney, and the social conservative, Rick Santorum.

In spite of the major differences between the two frontrunners and the volatile nature of the primary race so far, voters' priorities have remained consistent -- in every contest so far with entrance or exit polls, the most important candidate quality for voters is the ability to beat Mr. Obama.

In Arizona, where Romney has led in the polls, 38 percent of voters said electability was the candidate quality that matters most. Twenty percent said strong character was the most important, while 22 percent said the having the right experience, and 16 percent said being a true conservative.

In Michigan, where the polls shown a tight race between Romney and Santorum, 33 percent said the ability to defeat Mr. Obama was the most important quality. Another 23 percent said strong character, while 22 percent said having the right experience and 15 percent said being a true conservative.

Romney, who's run a well-organized, exacting campaign organization, has run on the message that he's the most electable -- in fact, he's suggested he's the only candidate who beat Mr. Obama.

However, the former Massachusetts governor has been incapable so far of winning robust support from his own party. Losing to Santorum in Michigan -- where Romney was born and raised, and where his father was both governor and a prominent auto executive in the state -- would be a sharp blow to candidate once seen as inevitable.

Watch Romney in the video at left say he won't "light [his] hair on fire" to excite the GOP base.

Santorum has tried to cast himself as a more appealing candidate who is actually the one who can beat Mr. Obama. He's tailored his populist economic message, paired with his staunchly conservative views on social issues, to appeal to a group once referred to as "Reagan Democrats" -- working class, social conservatives.

While the polls leading up to Tuesday have shown a tight race in Michigan, the CBS News early exit polling shows that Romney's supporters so far are more enthused about their candidate than Santorum's supporters are: 53 percent of Romney's Michigan supporters say they strongly favor him, while 37 percent have reservations about him. Nearly eight in 10 Romney supporters in Michigan say they will definitely support the Republican nominee in the fall.

By comparison, 39 percent of Santorum's Michigan supporters say they strongly favor him while nearly one in five say they are supporting the former senator because they dislike the other candidates. Fewer Santorum supporters say they will definitely back the GOP nominee in November.

Watch Santorum at left discuss whether the Michigan primary is "must win" for his campaign.

One issue that has been the subject of debate specifically in Michigan is the government bailout of the auto industry. None of the Republican candidates supported the bailout, but all of them have tried to explain the nuances of their respective positions. The early exit polling shows that 43 percent of Republican primary voters approved of the bailout, while 51 percent disapproved of it.

About half of Michigan voters made up their minds about which candidate to support sometime this month, according to the early exit polling, including 24 percent who made up their minds within the last few days. The recent debates were an important factor for 34 percent of Michigan primary voters, but 63 percent said they were not an important factor.

Most Arizona voters, meanwhile, decided on their candidate a while ago. More Arizona voters -- 45 percent -- said the debates were an important factor in their decision.